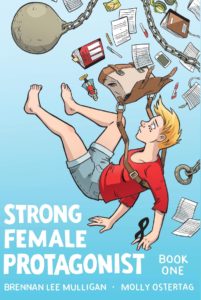 Alison Green shocked the world when she became one of the first superheroes to public unmask. Now that she’s left the mantle of Mega-Girl behind her, she must navigate the complicated social, ethical, and political issues that arise from super-strength, invincibility and a crippling sense of social injustice.

“Strong Female Protagonist, written by Brennan Lee Mulliganand drawn by Molly Ostertag, is the perfect superhero comic for people who aren’t really interested in the superhero genre. Actually, it’s also a pretty perfect comic for people who are interested in superheroes. It takes a viciously fascinating look at what it would be like to be a super hero and also be a 20 year old young woman trying to find your place in the world. When it’s showing scenes of super powered brawls and people in costumes, both the writing and art slip perfectly into that style. It’s action packed, dynamic and stylish. When it’s showing scenes of friends going on a road trip, college students in class, or young people going to night clubs and bars, you would almost forget that they’re super humans if they weren’t constantly talking about mind reading, being invulnerable and their former super hero exploits.” (Source: Autostraddle)

“Alison Green used to be Mega Girl, one of the most powerful superhumans on the planet, until she was convinced to hang up her cape. Now she’s a super-strong college student who attends Occupy protests, volunteers at the local fire department, and is trying to figure out what it means to be a Strong Female Protagonist. But her superhero past just won’t leave her alone.

“Brennan Lee Mulligan and Molly Ostertag’s webcomic Strong Female Protagonist examines the roles of superhumans in a world that remains plagued by more mundane perils: social injustice, government intrusion into reproductive rights, fires not set by supervillains. When she was Mega Girl, Alison was the premiere superhero, the girl whose dolls filled the windows of toy shops. But after a run-in with an apparent supervillain who wasn’t all he appeared to be, Alison has decided to hang up her cape, enroll in school, and figure out what good she can really do in the world.” (Source: io9) 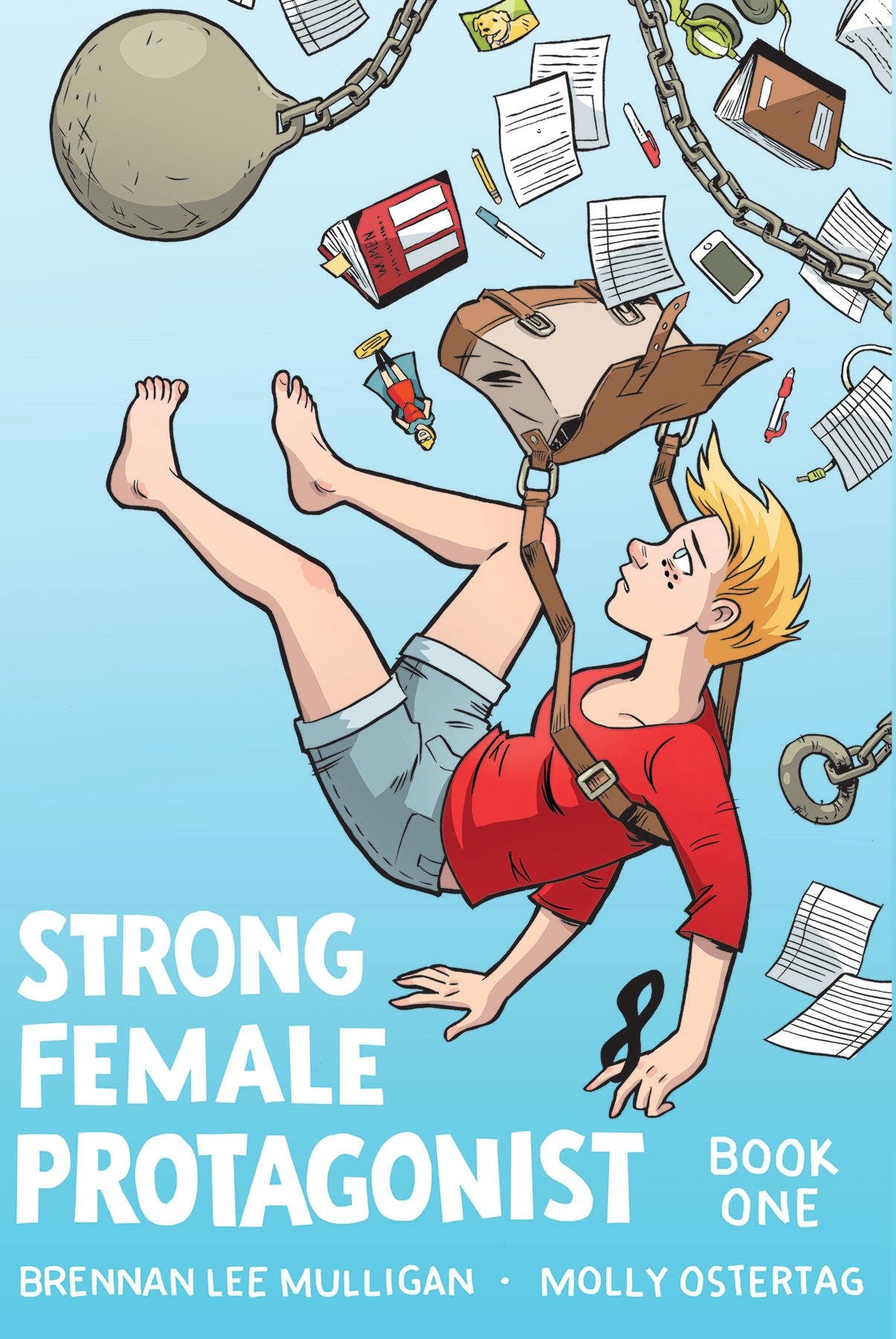 With superstrength and invulnerability, Alison Green used to be one of the most powerful superheroes around. Fighting crime with other teenagers under the alter ego Mega Girl was fun until an encounter with Menace, her mind reading arch enemy. He showed her evidence of a sinister conspiracy, and suddenly battling giant robots didn’t seem so important.

Now Alison is going to college and trying to find ways to help the world while still getting to class on time. It’s impossible to escape the past, however, and everyone has their own idea of what it means to be a hero. 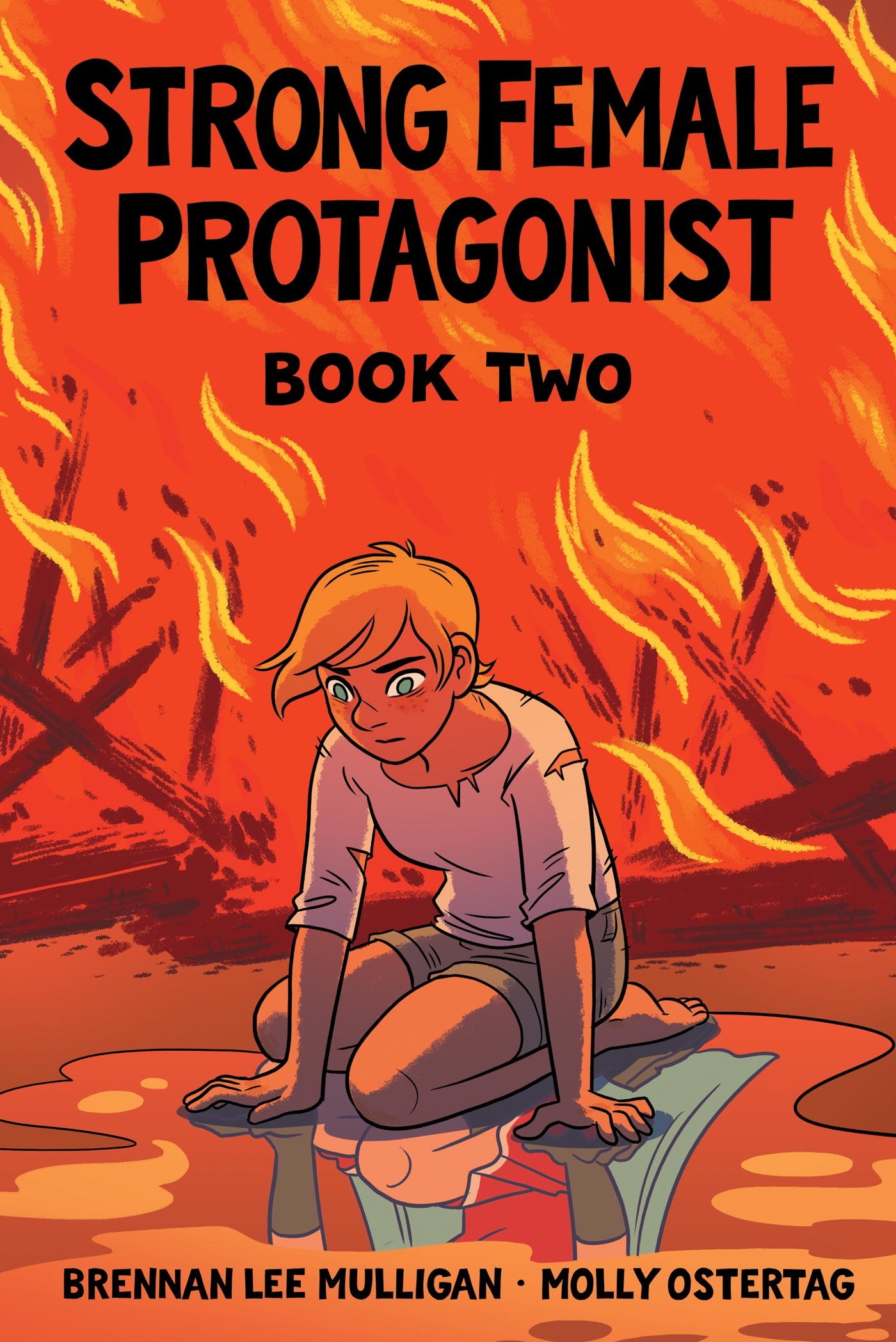 Alison Green used to be a superhero. With unlimited strength and invulnerability, fought crime with a group of other teens under the alter ego Mega Girl. All that changed after an encounter with Menace, her mind-reading arch-enemy, who showed her evidence of a sinister conspiracy that made battling giant robots seem suddenly unimportant.

Now Alison is going to college in New York City, trying to find ways to actually help the world while making friends and getting to class on time. It’s impossible to escape the past, however, and trouble comes in the form of mysterious murders, ex-teammates with a grudge, robots with a strange sense of humor, an inconvenient crush, a cantankerous professor, and many different kinds of people who think they know the best way to be a hero.