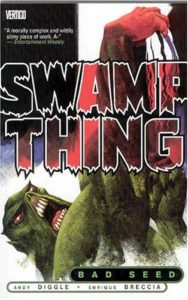 This series finds the Swamp Thing joined to the Earth itself, surpassing even his old power as the champion of the Green, and no longer inhibited by the human conscience of his original template, Alec Holland. Without this constraint, the Swamp Thing threatens to re-balance the natural world at the cost of countless human casualties — including his own daughter Tefé and his love, Abby — unless the man who originally showed him his true nature, John Constantine, can find a way to stop him.

Tefé Holland, Swamp Thing’s daughter, is a bisexual woman who appears as a supporting character in this series. She previously appeared as the central character of Swamp Thing (2001).

“Swamp Thing, best known from the classic tales penned by Alan Moore, makes another comeback. Bereft of his human soul, Alec Holland, a.k.a. Swamp Thing, is now the embodiment of earth, air, fire, water and, of course, root. He envisions himself the protector of the Earth and desires to rebalance nature-by force. The only one powerful enough to stop him is his daughter, Tefe, who controls the power of flesh. Tefe faces her own journey, as she is tempted by a mysterious sorcerer in the heart of the Black Forest. Meanwhile, John Constantine returns to try to keep a lid on things before Swamp Thing destroys what he once protected. Despite the fact that this is a new story line, readers unfamiliar with the tale will have a hard time. The writing is weak; it substitutes exposition and grandstanding for action. The all-powerful Swamp Thing does very little with his might, although there is the promised throw-down between father and daughter. The art is over-the-top, with disproportionate figures and a good helping of gore. The one highlight is Constantine, who has all of the best lines. This comic will probably please long-time fans of the series, but not attract newcomers.” (Source: Publishers Weekly) 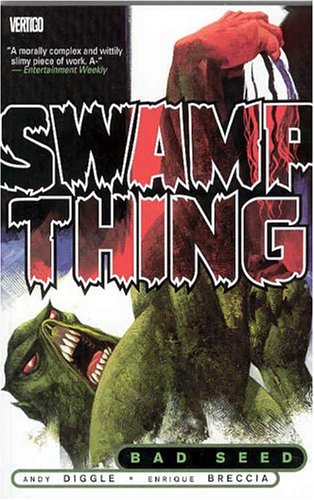 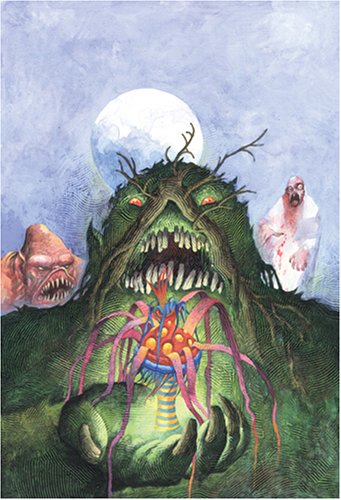 Reprinting issues #9-14 of this VERTIGO character’s newest incarnation, SWAMP THING: LOVE IN VAIN features the first two story arcs from writer Joshua Dysart — “Love in Vain” and “A Measure of Faith” — and continues to showcase the spectacular art of Enrique Breccia. 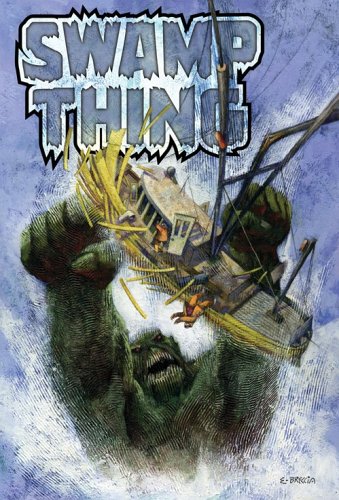 A new collection featuring issues #15-20 of the ongoing series. With the consciousness of Alec Holland still separated from its former host and scattered across the world, the Swamp Thing must face a new threat to the Green which is manifesting itself inside a growing dead zone in the Gulf of Mexico.