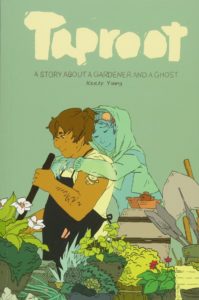 Blue is having a hard time moving on. He’s in love with his best friend. He’s also dead. Luckily, Hamal can see ghosts, leaving Blue free to haunt him to his heart’s content. But something eerie is happening in town, leaving the local afterlife unsettled, and when Blue realizes Hamal’s strange ability may be putting him in danger, Blue has to find a way to protect him, even if it means…leaving him.

Taproot was initially serialized online before being collected in a single print volume. It is no longer available online.

The story is themed around death and dying, and there is a brief depiction of blood.

“After rereading the comic, I’m still on the fence on what makes this book stand out more to me: the artwork or the story? Young’s art is fluid. Blue, Hamal, and the world they inhabit is gorgeously illustrated but not overpowering or seeking to overwhelm you. You can easily pick up visual clues to who is who and who belongs to what club: supernatural or human. Panels that are less detailed that may include a comedic moment or where someone is being cheeky don’t ease into the background. The use of color can’t be underestimated here: the majority of this book is more or less brightly colored and when it’s not it’s a visual clue that something isn’t right, something is out of sync and it leads the reader to new dilemmas and fears.” (Source: Black Nerd Problems)

“Young’s colors make Blue and his unearthly friends distinctly not alive but keeps them inviting and friendly. In Taproot, ghosts aren’t necessarily scary, just stuck, unable to move on to the afterlife and haunted themselves by their inability to connect with the living. For the spirits of Taproot, Hamal is their one connection to the lives they’ve left behind, but Hamal’s unusual skill has its own consequences that form the conflict at the heart of the novel. Young creates a supernatural world that isn’t frightening, but deeply unsettling; when Hamal discovers why the spirits of the town have been disappearing, there’s no monster to defeat but Hamal’s reluctance to accept the consequences of his inadvertent actions.” (Source: Newsarama) 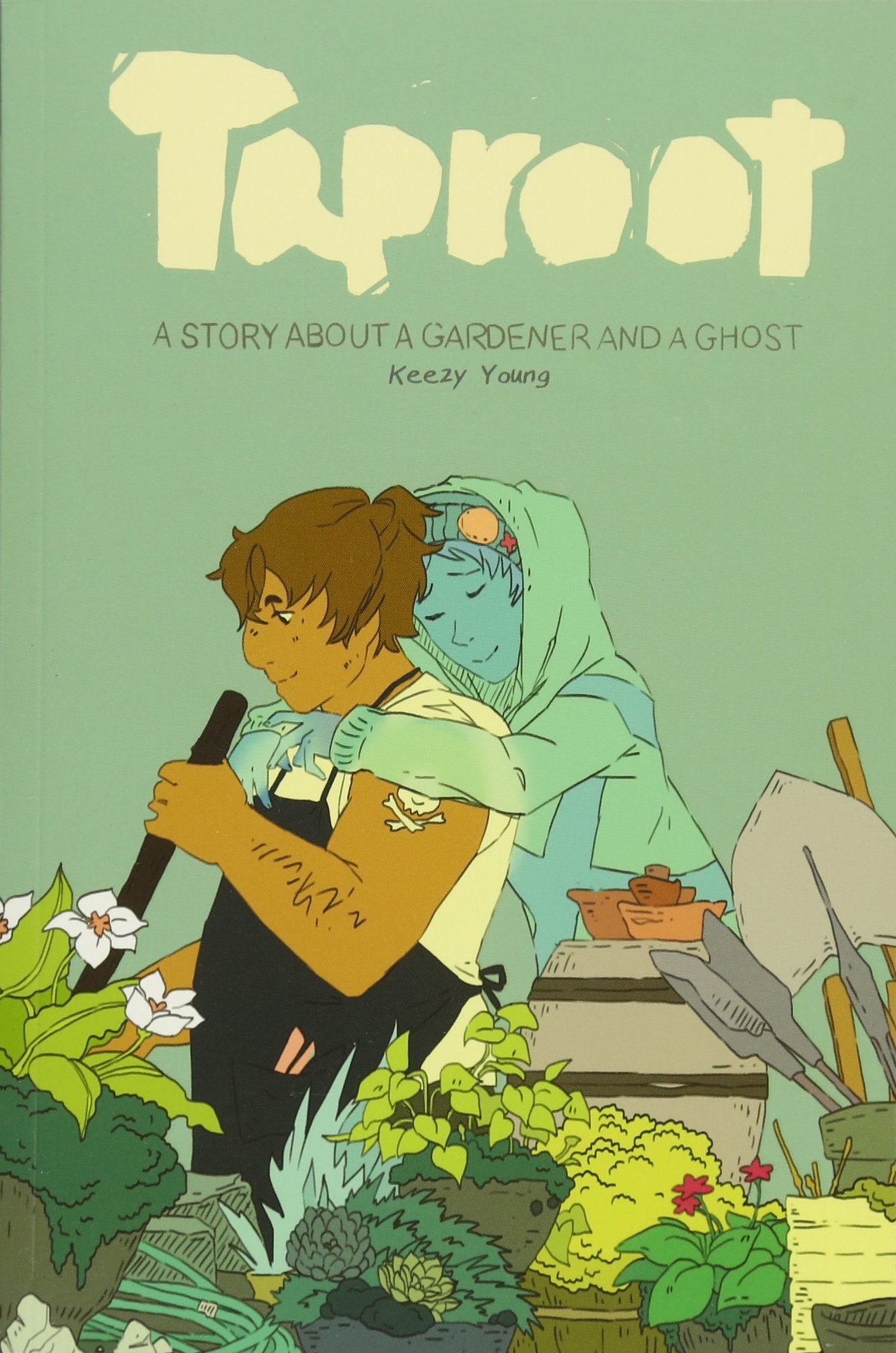