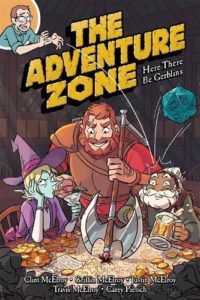 READ! Their journey from small-time bodyguards to world-class artifact hunters!

MARVEL! At the sheer metafictional chutzpah of a graphic novel based on a story created in a podcast where three dudes and their dad play a tabletop role playing game in real time!

Join Taako the elf wizard, Merle the dwarf cleric, and Magnus the human warrior for an adventure they are poorly equipped to handle AT BEST, guided (“guided”) by their snarky DM, in a graphic novel that, like the smash-hit podcast it’s based on, will tickle your funny bone, tug your heartstrings, and probably pants you if you give it half a chance.

This series is adapted from the podcast The Adventure Zone. Several aspects of character identity, including gender and sexuality, are explored further in the podcast.

“The McElroy family ups their metafictional wackiness in this comic adaptation of their podcast of same name, which revolves around live performance of role-playing game The Adventure Zone. The comic follows Magnus (human), Taako (elf), and Merle (dwarf) as they fight their way deep into dungeons filled with monsters, mayhem, and whatever else the dungeon master throws at them. In between exploring and fighting, the heroes amuse themselves by antagonizing one another, pontificating on dwarves’ musical preferences, and cussing out the dungeon master, who occasionally pops into the story to give direction, insult the players, or congratulate himself on his own crafty storyline. In the tradition of RPGs, illustrator Carey Pietsch (Mages of Mystralia) introduces each new character with a trait sheet, helping the reader to quickly get up to speed on their quirks. Pietsch delivers the essence of role-playing, enhancing many scenes’ ambience and transforming the book into a delightful visual experience that balances exposition and action.” (Source: Publishers Weekly) 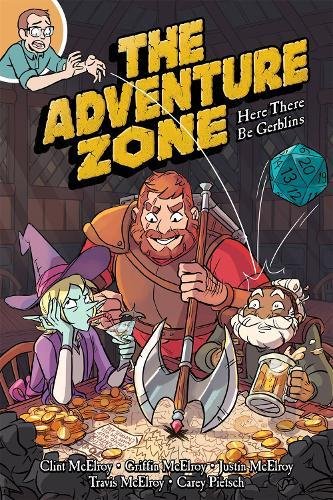 The Adventure Zone, Vol. 1: Here There Be Gerblins 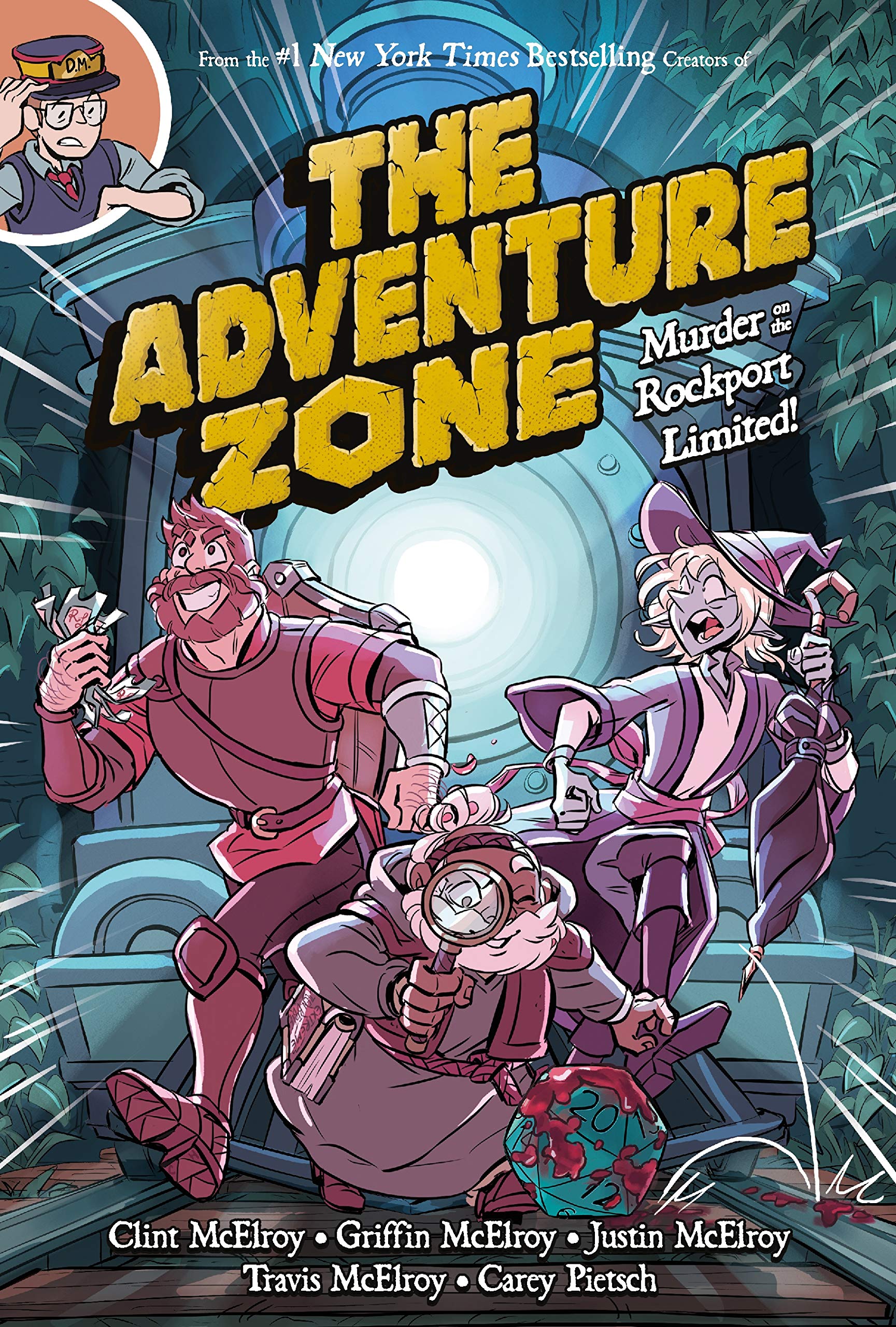 The Adventure Zone, Vol. 2: Murder on the Rockport Limited!

In the second Adventure Zone graphic novel (adapted from the McElroy family’s wildly popular D&D podcast), we rejoin hero-adjacent sort-of-comrades-in-arms Taako, Magnus, and Merle on a wild careen through a D&D railroad murder mystery. This installment has a little of everything: a genius child detective, an axe-wielding professional wrestler, a surly wizard, cursed magical artifacts, and a pair of meat monsters.

You know, the usual things you find on a train.