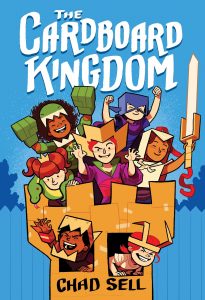 Welcome to a neighborhood of kids who transform ordinary boxes into colorful costumes, and their ordinary block into cardboard kingdom. This is the summer when sixteen kids encounter knights and rogues, robots and monsters–and their own inner demons–on one last quest before school starts again.

In the Cardboard Kingdom, you can be anything you want to be–imagine that!

The focal characters of this title are children. None of their identities regarding gender or sexuality are directly stated. However, nearly every story deals with issues of identity and self-acceptance.

In “The Prince” we see a boy experience attraction to another boy.

In “The Sorceress”, a child acts out the role of a villainous female magic user, implying that he may fall somewhere on the spectrum of queer identities.

A tense domestic situation is depicted in “The Gargoyle”.

Starred Review: “In the Cardboard Kingdom, every kid can be whomever he or she wants to be! Evil or good, a superhero or a scientist, everyone is welcome among this gang of imaginative neighborhood friends. In Sell’s episodic, short comics, each of the kids gets a chance to tell his or her story. Most are fairly standard middle-grade fare, such as a chapter about the bully who learns to play nice with others, but The Cardboard Kingdom really shines in its dissection of traditional gender roles: within the first few pages, readers learn that the Sorceress is a boy playing in high heels and robes, while the Mad Scientist is a girl who likes to wear a mustache. Though the kids rarely question these choices and often take on different personas, the parents at times are less accepting, and it’s in these moments that Sell’s themes of inclusivity and self-acceptance are truly driven home. Sell’s playful, expressive, and boldly colored artwork always keeps the mood fun, quickly shifting between the real world and the kids’ imagined scenes in the Cardboard Kingdom. The blocky figures have a great cartoon quality, and, with a wide range of skin tones, genders, and family types, every kid reading will have someone to relate to. This easy-reading story offers—in a fun, engaging package—a meaningful commentary on the importance of childhood games.” (Source: Booklist)

Starred Review: “In a suburban neighborhood, an ebulliently diverse group of children gathers with glee to create a vibrant world of pretend play, find themselves, and support one another. In the story written by Katie Schenkel, Sophie feels terrible that people say she’s too loud until she crafts a Hulk-like play identity known as “The Big Banshee.” Manuel Betancourt’s Miguel loves fairy tales and is thrilled when Nate asks him to play in “The Prince”—only to discover he’s actually been cast as the “magical pea” and not the romantic role he’d been dreaming of. Seth pretends to be a superhero to try to protect himself from his dad in Michael Cole’s “The Gargoyle,” while in Sell’s sole authored tale, “The Army of Evil,” Jack identifies as the Sorceress because “She’s what I want to be… / Magical. And powerful. And amazing.” Some neighborhood kids prefer STEM to fantasy while others build businesses; some have trouble making friends while others choose roles on the sidelines. Sell’s cheerful, friendly artistic style, with bold borders and bright colors that unite all the stories, will appeal to fans of Victoria Jamieson. Thoughtful representation provides a true diversity of body shapes and sizes, races and ethnicities (the majority of the cast is kids of color), gender identities and expressions, sexualities, and family structures.” (Source: Kirkus)

Starred Review: “In his first title for young people, cartoonist Sell offers a story that unfolds in a neighborhood where children make elaborate cardboard costumes that let them try on new personas and powers. Vijay, his older sister Shikha, and their neighbor Sophie experiment first with masks that feature fangs and horns, and their adventures draw in diverse new kids, and issues of gender, class, and culture take center stage. Jack wants to be an evil sorceress; his mother doesn’t mind the gown, but rejects the cruelty. Amanda’s Spanish-speaking father doesn’t want her wearing a mustache (“What would they say back home?”). While the proto-capitalist Alice seems unnecessarily ruthless (“I will get my customers back… and I will crush you”), other characters are drawn with tenderness, including Miguel and Nate, who must balance traditional messages about masculinity with the attraction they feel for each other. Blocky panel artwork adds impact by flipping back and forth between what the kids envision (big monsters, epic battles) and what’s actually happening (cardboard creations buckling under the onslaught of garden hoses). Imagination, these kids prove, can erase what seem like unbridgeable differences. Ages 9–12.” (Source: Publishers Weekly)

Electric Lit: “How Eleven Creators in Nine Different Cities Came Together to Make One Book“ 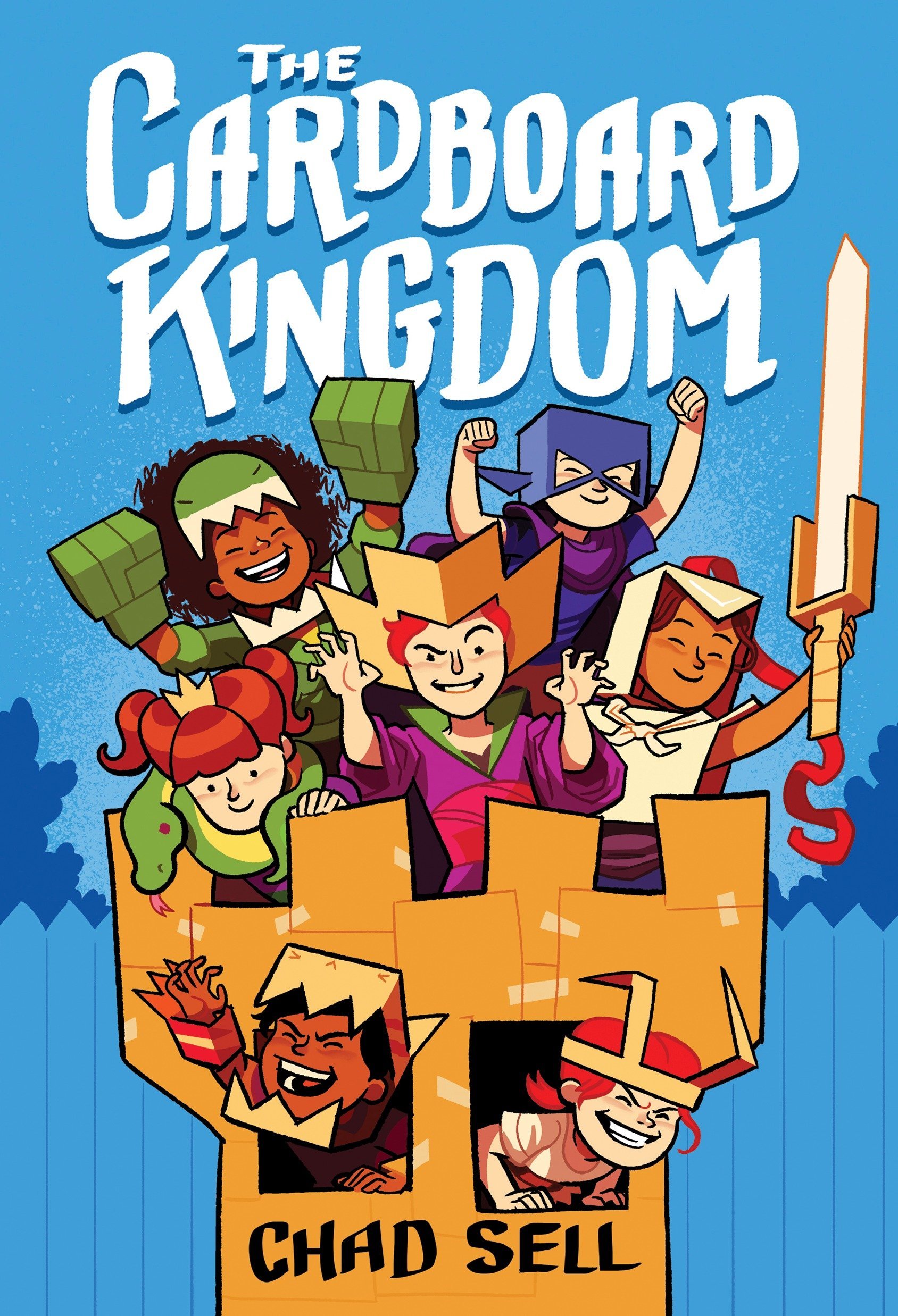