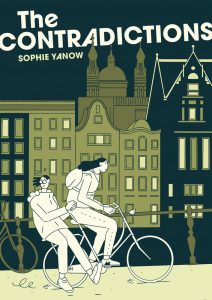 Sophie is young and queer and into feminist theory. She decides to study abroad, choosing Paris for no firm reason beyond liking French comics. Feeling a bit lonely and out of place, she’s desperate for community and a sense of belonging. She stumbles into what/who she’s looking for when she meets Zena. An anarchist student-activist committed to veganism and shoplifting, Zena offers Sophie a whole new political ideology that feels electric. Enamored—of Zena, of the idea of living more righteously—Sophie finds herself swept up in a whirlwind friendship that blows her even further from her rural California roots as they embark on a disastrous hitchhiking trip to Amsterdam and Berlin, full of couch surfing, drug tripping, and radical book fairs.

Capturing that time in your life where you’re meeting new people and learning about the world—when everything feels vital and urgent—The Contradictions is Sophie Yanow’s fictionalized coming-of-age story. Sophie’s attempts at ideological purity are challenged time and again, putting into question the plausibility of a life of dogma in a world filled with contradictions. Keenly observed, frank, and very funny, The Contradictions speaks to a specific reality while also being incredibly relatable, reminding us that we are all imperfect people in an imperfect world.

The Contradictions was originally published as a webcomic and will be released as a print volume by Drawn & Quarterly in September 2020. It can be previewed online but is no longer available for free online in full.

“It follows a fictionalized version of the author’s young self—a queer, feminist, American student in Paris who falls for a girl named Zena, an anarchist vegan shoplifter. As they travel European cities, experimenting with drugs and ideologies, Sophie must come to terms with the complexity of politics and societies. This is perfect if you want to dive into a youthful existentialism that’s also quite moving and full of high-contrast, striking black and white illustrations.” (Source: Electric Lit) 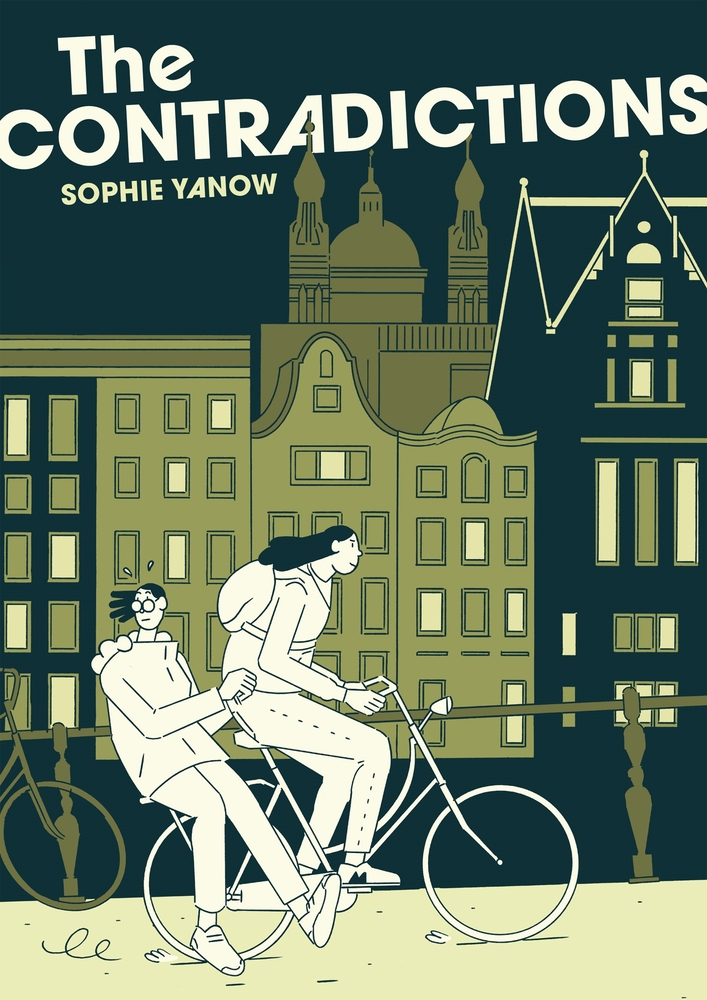