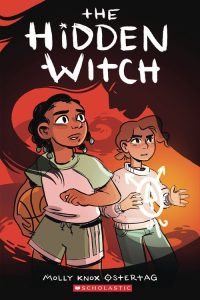 Aster’s parents have finally agreed that he can learn witchery with the girls, but he has a lot of catching up to do. So when Grandmother offers her tutoring in exchange for a favor, Aster jumps at the chance, until she asks him to help his great-uncle, Mikasi. Family or no, Aster isn’t ready to face the beast who nearly destroyed him and his cousins.

Across town, dark magic has attached itself to Aster’s friend Charlie. Witches are taught never to create a “Fetch,” a cruel shadow form that does only harm. But the thing following Charlie is a clear sign that someone is breaking the rules.

With the help of his family, Aster does everything he can to protect Charlie. But to discover who’s making the Fetch, and to put a stop to it, he’ll need darker, more powerful magic, from the most dangerous witch he knows…

The Hidden Witch is a sequel to The Witch Boy. A third installment, The Midwinter Witch, will be released November 5, 2019.

Similarly to The Witch Boy, The Hidden Witch does not contain any overt LGBTQIA representation among its major characters, but the gender allegory introduced in the first volume continues, alongside implied same-gender attraction from two of the female characters. One of the main characters does have two fathers.

Starred review: “Although Aster has gained his family’s acceptance to learn magic forbidden for boys, his defiance of gender and social constraints is still in the forefront here; along a similar vein, his cousin decides that he wants to stop practicing shape-shifting altogether, defying the familial dynamic. Themes of bullying are also deftly explored, with Ariel both a victim and a bully.” (Source: Kirkus)

“The Hidden Witch picks up where The Witch Boy left off, following Aster on his quest to become a witch despite the gendered restrictions in his family around who is allowed to learn witch magic. This middle-grade series is a bright star in a crowded field, with strong characters who work hard to define themselves and protect the people they care for. In this second book, Aster is facing not only the gender dynamic he’s been struggling against since the first outing, but also new dangers in the form of his long-missing great-uncle and a dangerous, unsanctioned spell that’s attached itself to his new friend Charlie. Molly Knox Ostertag has a particular skill with introducing nuanced and difficult questions of morality and forgiveness, and her bright and welcoming art style and her respect for the emotional needs and intelligence of children make her work a perfect fit for fans of Steven Universe and similar cartoons.” (Source: Paste Magazine) 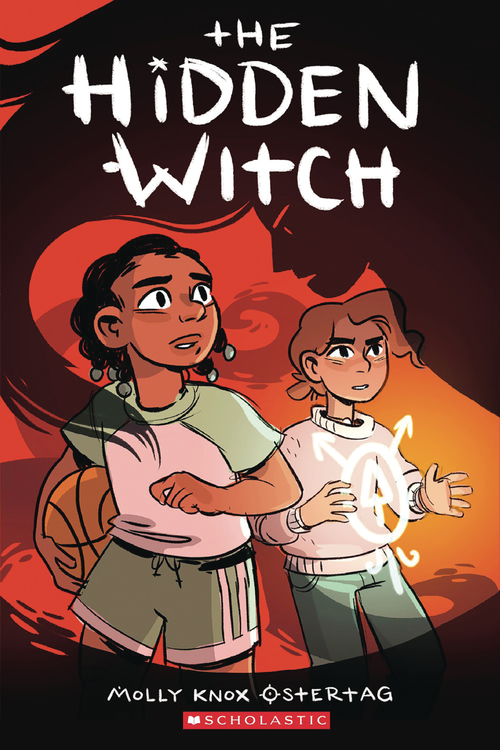