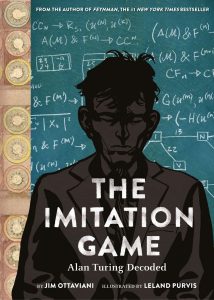 Alan Turing (1912–1954) was the mathematician credited with cracking the German Enigma code during World War II, enabling the Allies to defeat the Nazis. After the war, Turing went on to launch modern computer science through his creation of the universal Turing machine and the Imitation Game, an artificial-intelligence test that is still in use today. Turing kept his code-breaking work a secret in order to safeguard his native England, but failed to hide his sexual preferences, which led to his tragic death at the hands of the same country he worked so hard to protect. Jim Ottaviani and Leland Purvis show Turing to be an eccentric, persecuted genius and a groundbreaking theoretician whose seminal work still plays a role in the science and telecommunication systems that fuel our modern world.

“Voice-overs supply viewpoints from Turing himself and people who knew him, providing both technical and lay accounts of his accomplishments in mathematics, code breaking, and artificial intelligence. Purvis (Suspended in Language) excels with the numerous characters in a basic yet approachable style, depicting Turing’s youth in lighter watercolorlike tones and his adulthood with more intense hues.” (Source: Library Journal, vol 141, issue 9, p60)

“A powerful, sympathetic portrait of one of the 20th century’s great minds, this graphic biography of Alan Turing doesn’t play the usual game of establishing its hero as the only smart person in the room. Here, the great brain of Bletchley Park was just one of many odd geniuses (albeit possibly the most innovative) who helped crack the Nazis’ seemingly unbreakable Enigma code machine. Writer Ottaviani (Feynman) threads the particulars of Turing’s life, from school to top-secret wartime cryptography to postwar scandal. But the book’s thought-provoking core is Turing’s pursuit of his groundbreaking idea of the universal computer and using his imitation game (a method of telling artificial intelligence from the real thing) to plumb the corners of his own personality. Purvis’s sometimes-clunky art suggests a more juvenile volume than is actually delivered in this fully three-dimensional portrait of a man whose contributions—to the modern world as well as the war—was only recognized long after his tragic disgrace.” (Source: Publishers Weekly)

“This adaptation uses a pastel palette of watercolors, strong black lines, and dynamic storytelling devices to bring Turing’s tale to life. Multiple narratives, including those of Turing, his mother, and several of his colleagues and friends, weave in and out, following Turing from adolescence to the end of his short life. Readers not familiar with the man may be confused by the multiple narrators, who are not clearly identified. Others will enjoy the mystery and putting the puzzle pieces together until a clearer picture of Turing is formed. Teens with math or computer science bent will enjoy this slice of history and will learn about logic and algorithms along the way. Those who are interested in social justice and LBGTQ rights will also be engaged.” (Source: School Library Journal) 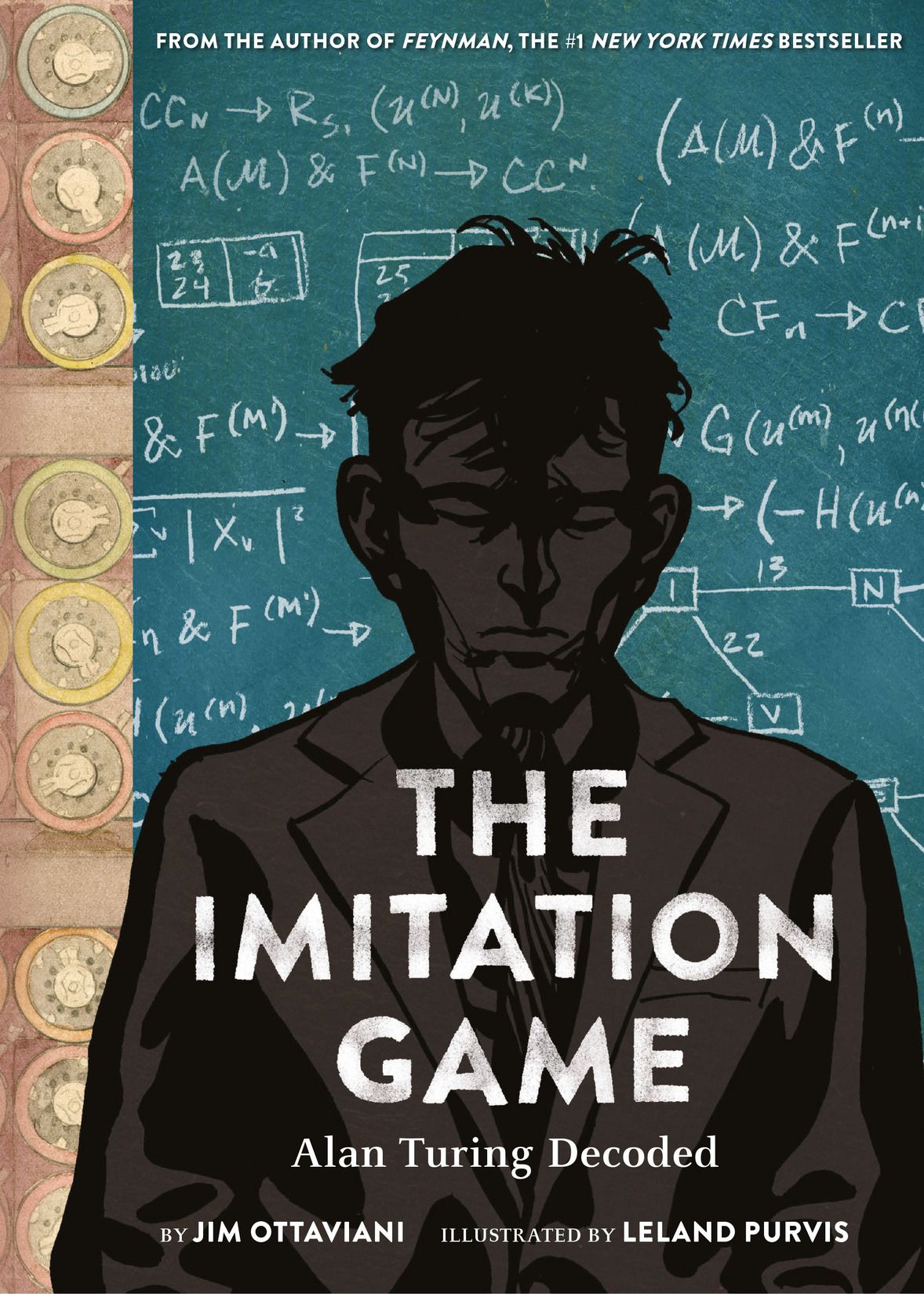