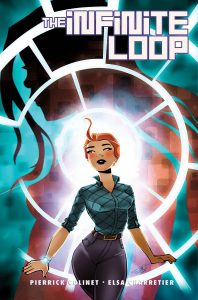 A science-fiction series that asks the age-old question, “What would you risk for a chance at true love?” Meet Teddy, a young woman who lives in a faraway future where time traveling is a common practice and her job is to maintain the status quo by correcting time paradoxes. But when she meets Ano, “a time paradox” and the girl of her dreams, Teddy must decide between fixing the time stream or the love of her life, both of which have unique consequences.

This title briefly depicts the aftermath of a lynching.

A self-contained follow-up, The Infinite Loop: Nothing But the Truth was released in 2018.

“Infinite Loop is a love story that is also a call to arms. The central conflict is less, “Will Teddy and Ano be able to stay together” and more, “Can Ano convince Teddy to fight for EVERYONE, not just herself and Ano?” The last issue has Teddy plummeting through time and space, past quotes from people like Harvey Milk, Susan B. Anthony, and Malcolm X.

At one point, a frazzled Teddy yells, “Shut up, Patrick Henry!” and I laughed so loud that people looked at me funny. This comic is not an example of using subtle metaphor to delicately introduce a point. It’s more like being smacked upside the head with a message that is in bold type and caps lock. But it’s a message that needs to get out there, and it’s a powerful and moving one, and so well told – the ending. Yes, this is message fiction, but it’s message fiction at it’s very finest. And it’s a love story between two women who love each other, trust each other, and help each other grow – what’s not to like?” (Source: Smart Bitches Trashy Books)

Bleeding Cool: “IDW’s The Infinite Loop Dares You Not To Care – Talking With Elsa Charretier And Pierrick Colinet”

1 thought on “The Infinite Loop” 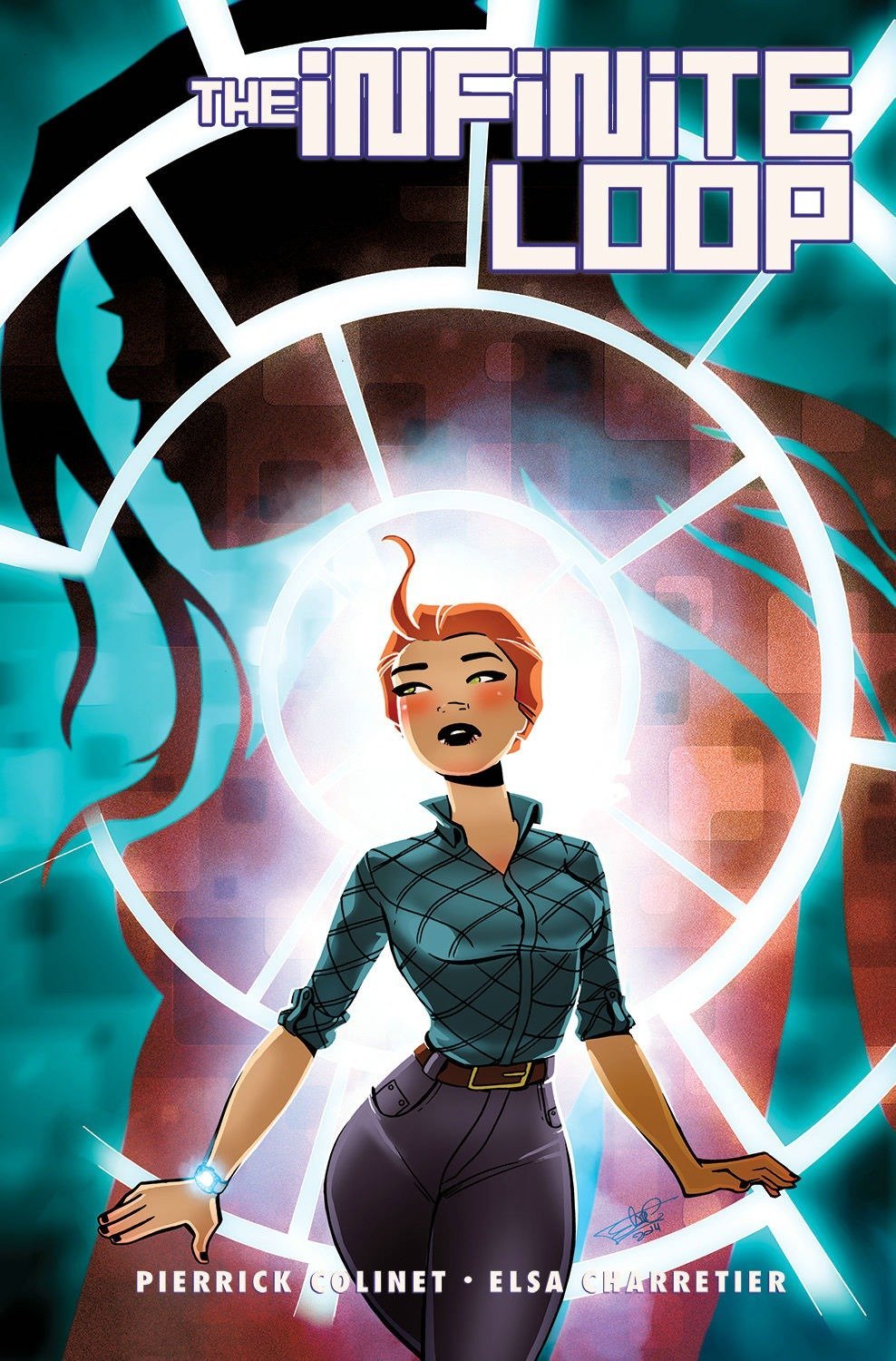