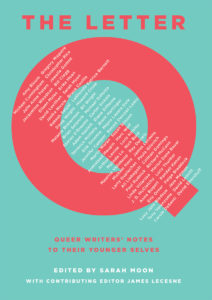 In this anthology, sixty-three award-winning authors such as Michael Cunningham, Amy Bloom, Jacqueline Woodson, Gregory Maguire, David Levithan, and Armistead Maupin make imaginative journeys into their pasts, telling their younger selves what they would have liked to know then about their lives as lesbian, gay, bisexual, or transgendered people. Through stories, in pictures, with bracing honesty, these are words of love and understanding, reasons to hold on for the better future ahead. They will tell you things about your favorite authors that you never knew before. And they will tell you about yourself.

The prose sections of The Letter Q contain a broader range of representation than the comic sections. The descriptors here only reflect the comics content.

“Inspired by mentors in her own childhood, editor Sarah Moon asked sixty-four gay, lesbian, and bisexual writers, illustrators, and publishing professionals to write letters to themselves at a younger age — names such as Marion Dane Bauer, Jacqueline Woodson, Gregory Maguire, Brian Selznick, and a host of others. The resulting letters combine advice, reminiscence, funny stories, and encouragement for readers struggling with their sexuality. As with any collection with such a narrow focus, repetition is a problem, but panels from graphic novel creators help to break up the text and vary the pace, and a few of the writers arouse interest with truly surprising revelations (David Levithan, for instance, writes about bullying, but from the perspective of being the bully; Martin Moran writes about the sexual abuse that led to his award-winning book The Tricky Part). A mostly secular exploration of growing up gay, the book has regrettably little advice for gay and questioning teens grappling with religious dilemmas. Still, with its repeated exhortations to relax more and worry less, this book might be a life-saver for some — and could function as an author list, as well, for teens wanting to read more about People Like Us.” (Source: The Horn Book)

“Some letters read like a memoir in second person; some describe past addictions, suicide attempts and other grim circumstances; many give advice. Comparisons to the It Gets Better video campaign, in which LGBT adults promise queer and questioning teenagers that life improves after high school, are inevitable. Contributors Jacqueline Woodson and Erik Orrantia even use the language of ‘getting better’ outright. Yet the disproportionate achievement of fame, wealth and successful careers in the arts among the authors here seems an unfair promise to make to most readers.” (Source: Kirkus)

“In a thoughtful, humorous, and moving collection of letters and comics (not all seen by PW), 64 queer authors and artists tell ‘their younger selves what they could do to make their lives a little better, a little lighter.’ Though largely hopeful, these correspondences often include painful references to bullying, self-harm, feelings of isolation, and thoughts of suicide. Readers may be surprised by entries from contributors like Marion Dane Bauer and editor Arthur Levine, who remember growing up in a world that depicted gay people as perverts (‘I may as well be one of those inverts you once saw pictured in an old psychology book,’ writes Richard McCann). But the stories are also frequently funny, as the authors tell of successful careers (‘you get to be friends with some of your heroes,’ writes Gregory Maguire. ‘Like oh not to name names but like Maurice Sendak! I know!’), friendships, marriages, sex lives, and repaired relationships with parents. Read together, the letters become a powerful refrain. Jacqueline Woodson concludes hers by writing, ‘The world is big—and there is so much love in it. I promise you—you will find it.’ Ages 14–up.” (Source: Publishers Weekly) 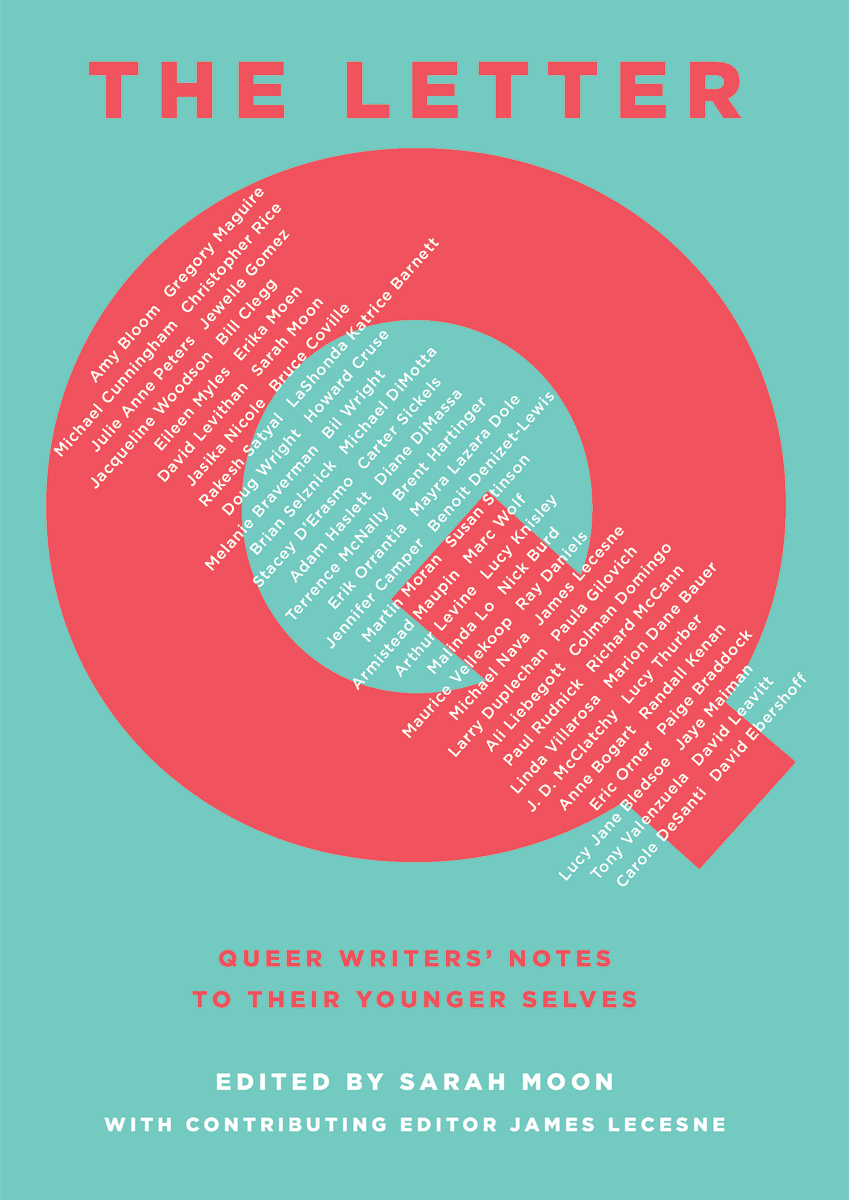 The Letter Q: Queer Writers’ Notes to their Younger Selves