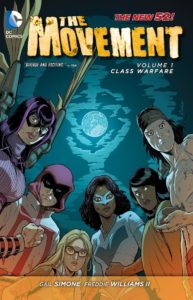 A group of superheroes from marginalized backgrounds unite to protect the underprivileged from systemic abuse of power.

Tremor (Roshanna Chatterji) identifies as asexual in The Movement #10,  and indicates that she may be aromantic as well.

“Gail Simone throws a lot of thoughts into The Movement. Some of those concepts come through fairly clearly, like the communication between the team of super-powered individuals and their quest to right a perceived wrong. Other concepts, like the widespread nature of the recording technology and its use, clearly have established roots in Simone’s unseen notes and/or future issues of this title. The characters themselves are all filled with teen angst and out to violently prove the world wrong, but only if they can rub authority’s collective noses in the dirt first. None of the characters provide a truly compelling reason for readers to care about their success or failure. The story itself seems driven to use one wrong to right another wrong, which just adds up to more wrongs.” (Source: CBR)

“On its face, The Movement is billed as a super-heroic extension of the Occupy movement that took root last year (and has since quieted in the media), but in reality, the title reflects far more than that narrow worldview. Set in an economically depressed Coral City — specifically its most ignored and crime-ridden ten blocks — the title introduces us quickly to city rife with corruption, but not of the kind organized by the likes of the Penguin or Lex Luthor. Rather, this corruption is of the sliding scale, with police individually taking advantage of suspects’ vulnerabilities, in a way that speaks to the worsening of human nature more than absolute villainy. This is not to say the police are framed as unilaterally corrupt, for both the force and its newfound opposition in the hacker group Channel M are wading in the shades of grey quite effectively. The makings of noble heroism and abusive power are in evidence on both sides of the equation.

Simone introduces a cast of characters nearly completely new in rapid fire, but manages to exhibit just enough about each to intrigue and round out this peek into the world of Coral City. Agents of an as yet unknown leader, mechanically-winged Katharsis (from Simone’s own Batgirl) and earthquake-inducing Tremor (an unbenched cast member of the much missed Secret Six) are joined by a rat-commanding teenager named Mouse and the psychic projectionist Virtue to quickly develop a cast full of much-needed diversity, both ethnic and in personality and powers. On a mission to rescue presumed suspect Burden, who’s own first appearance is perfectly indicative of Simone’s trademark dark humor, the team stands their own and harkens back to some of the brightest moments of the 1960s Teen Titans, where teenagers stood for something more idealistic than the establishment ever could allow. In that sense, the title already is beginning to blend a necessary cynicism about 21st century authority with the determination of millennial optimism, making the world as complex and deeply intriguing as our very own from the start.” (Source: Comicosity)

“While Simone throws out a lot of ideas, only some of them stick, and there’s hardly enough space to contain those that do. This and a few other misteps, such as the cliched dirty cops and the Movement’s questionable motives, keep “The Movement” from achieving “must read” status out of the gate. However, the intriguing new heroes,the strong first impression of Coral City, and William’s dynamic and engaging art, make this a book that stands out among the New 52’s standard brand of doom and gloom. If you’re going to do a book about how grim the world is, this is a fine way to start.” (Source: Multiversity Comics) 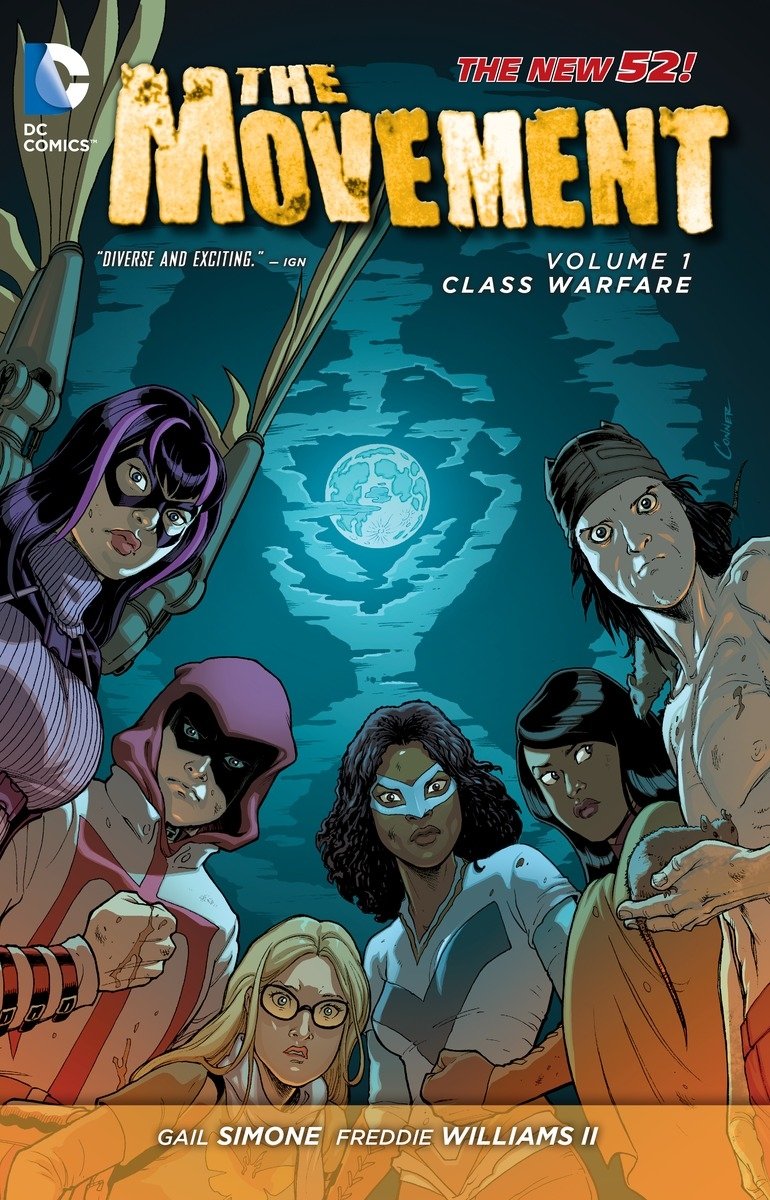 In these stories from THE MOVEMENT #1-8, the young heroes of The Movement rise up to take back the dirty streets of Coral City. But when one of their own is captured by the police, it’s Coral City’s finest against the citizens they have neglected to protect. 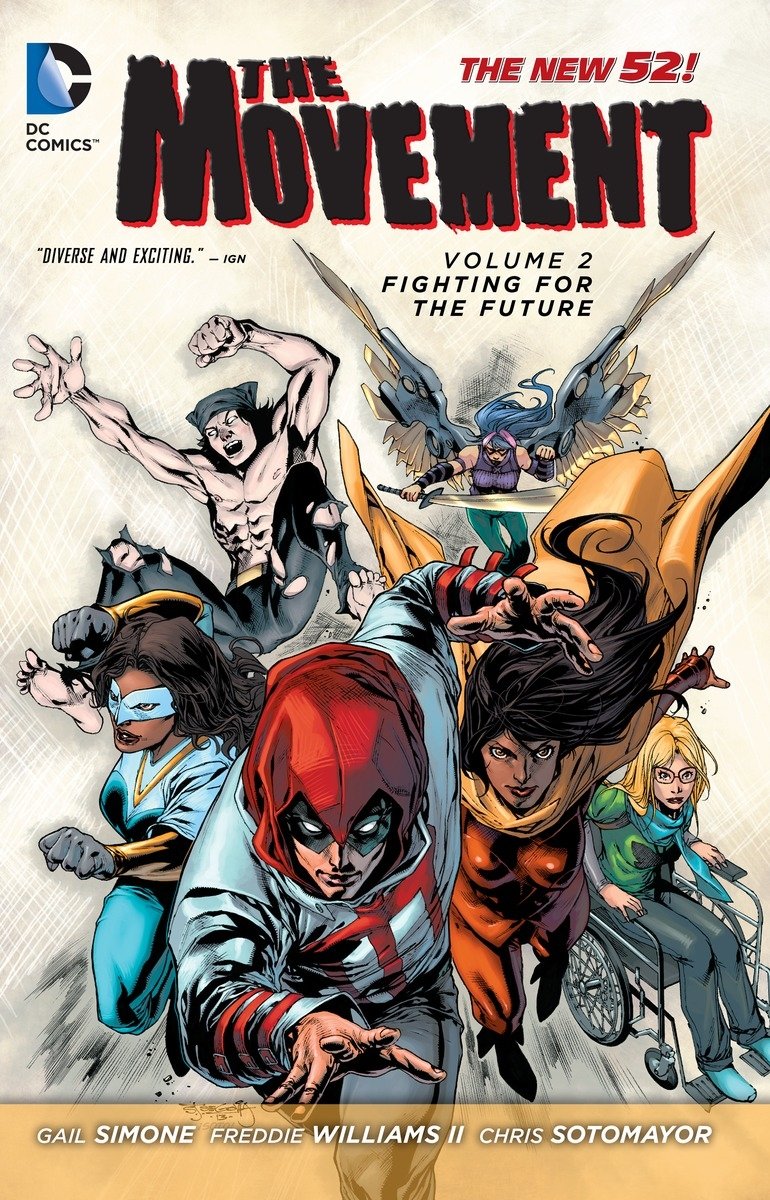 The Movement, Vol. 2: Fighting for the Future

It’s the cops and politicians of Coral City against a rag-tag group of young vigilantes known as The Movement in these stories from issues #7-12! But after the team has been taken down, only Vengeance Moth is left to protect the streets from the Graveyard Faction!