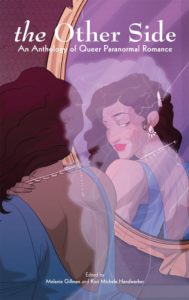 Featuring 19 comics by 23 different creators, THE OTHER SIDE is a celebration of queer romance and the paranormal!  Inside, you’ll find positive romance stories featuring a wide variety of queer and trans protagonists — as well as poltergeists, shadow monsters, guitar-playing hypnotists, lost angels, genderfluid vampires, trickster ghosts, and many more!

From: The Other Side

Two stories from The Other Side are available in their entirety for free online: “Airspace” by Aatmaja Pandya and “Black Dog” by Fyodor Pavlov.

The anthology is edited by Melanie Gillman and Kori Michele Handwerker. Gillman’ states in their introduction that the book is specifically targeted toward “young queer and trans people.”

“People like Gisele Jobateh and Margaret Kirchner wrote super great ghost stories for this anthology. I absolutely love Kirchner’s comic, ‘Tierra Verde,’ because it’s a nice twist on the classic Latina ghost story La Llorona. Kirchner takes that tale and turns it into a mysterious and atmospheric western romance. I absolutely love it. Jobatch’s comic, ‘Till Death,’ explores what an elderly couple’s relationship is like after one of them becomes a ghost. It’s a very touching story that shows the real power of love. In Natasha Donovan‘s ‘Dive,’ we get another kind of ghost story, one that feels like it comes from an old, dark, true place. Her art reminds me of Emily Carroll’s work, or woodcarvings, which makes the story all that more effective. ‘Emma-FZR 400RRSP’ by Mary E. Verhoeven is a ghostly, gay twist on classic songs like ‘Leader of the Pack’ and ‘Last Kiss,’ with queer ladies and motorcycles.” (Source: Autostraddle)

“Suddenly, there’s a mysterious, haunted tome on your shelf. It does not contain unspeakable words, pulsing images, or instructions to build IKEA furniture. It is a book of queer paranormal romance, of smooches and spooks. It is The Other Side. In this, anthology edited by Melanie Gillman and Kori Michele Handwerker, readers witness spooky anti-gentrification efforts, encounter haunted motorcycles and microwaves, and visit a oujia board call center. Take caution: your love for this diverse, inclusive anthology may just last for all of eternity.” (Source: Comics Alliance)

“The comics feature lots of characters of color, and there’s great non-binary representation in the comics as well as among the authors. The editors also asked for asexual representation, and while not all stories are written as ace, many of the stories could be read as ace. I don’t mean that in the ‘coded because Hayes code’ sense but rather than the relationships in the stories are romantic but most aren’t written as sexual, or could be viewed as either sexual or asexual. In a similar vein, these stories also can be read (positively) as bi or trans, since we don’t get enough of the characters background to know how they identify. In this anthology, the most of the characters who aren’t explicitly non-binary can be interpreted to your liking, and the fluidity is comforting rather than exasperating or erasure.” (Source: The Lobster Dance)

Hornet: “INQ INTERVIEW: Fall in Love with a Dog in These Tales of Spooky Queer Romance” 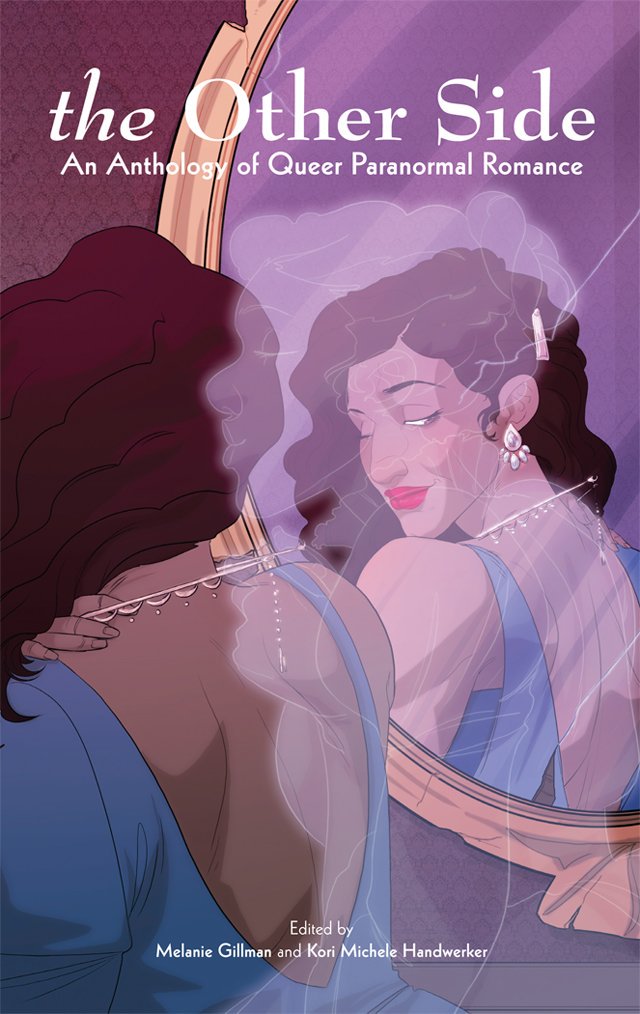 The Other Side: A Queer Paranormal Romance Anthology