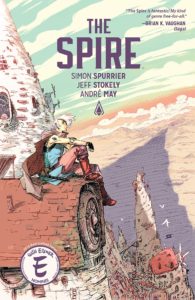 At the Spire, a sprawling mountain of metal and stone in the middle of a radioactive desert, Shå, the Commander of the City Watch, is tasked with keeping the hodgepodge of forgotten technology and new biology safe.

When a string of grisly murders is committed just as a new Baroness of the Spire is about to be sworn in, Shå will have to find the killer and bring them to justice.

“Stokely designs the absolute heck out of this world in his deceptively loose and sketchy style. Probably the biggest feat is the balance he and Spurrier strike between silly and serious. This is a world, after all, where one of the leads is a grotesque wrinkled fairy who flies around by farting, and where ‘antiki-punk’ criminals break into rhyming couplets as they flee the police. These elements never break the sense that the world is a real place, though, instead creating an overall tone that feels — to borrow from another corner of nerdery — like Terry Pratchett’s Discworld books, in particular the City Watch series, which is about the highest praise I can bestow.” (Source: ComicsAlliance)

1 thought on “The Spire” 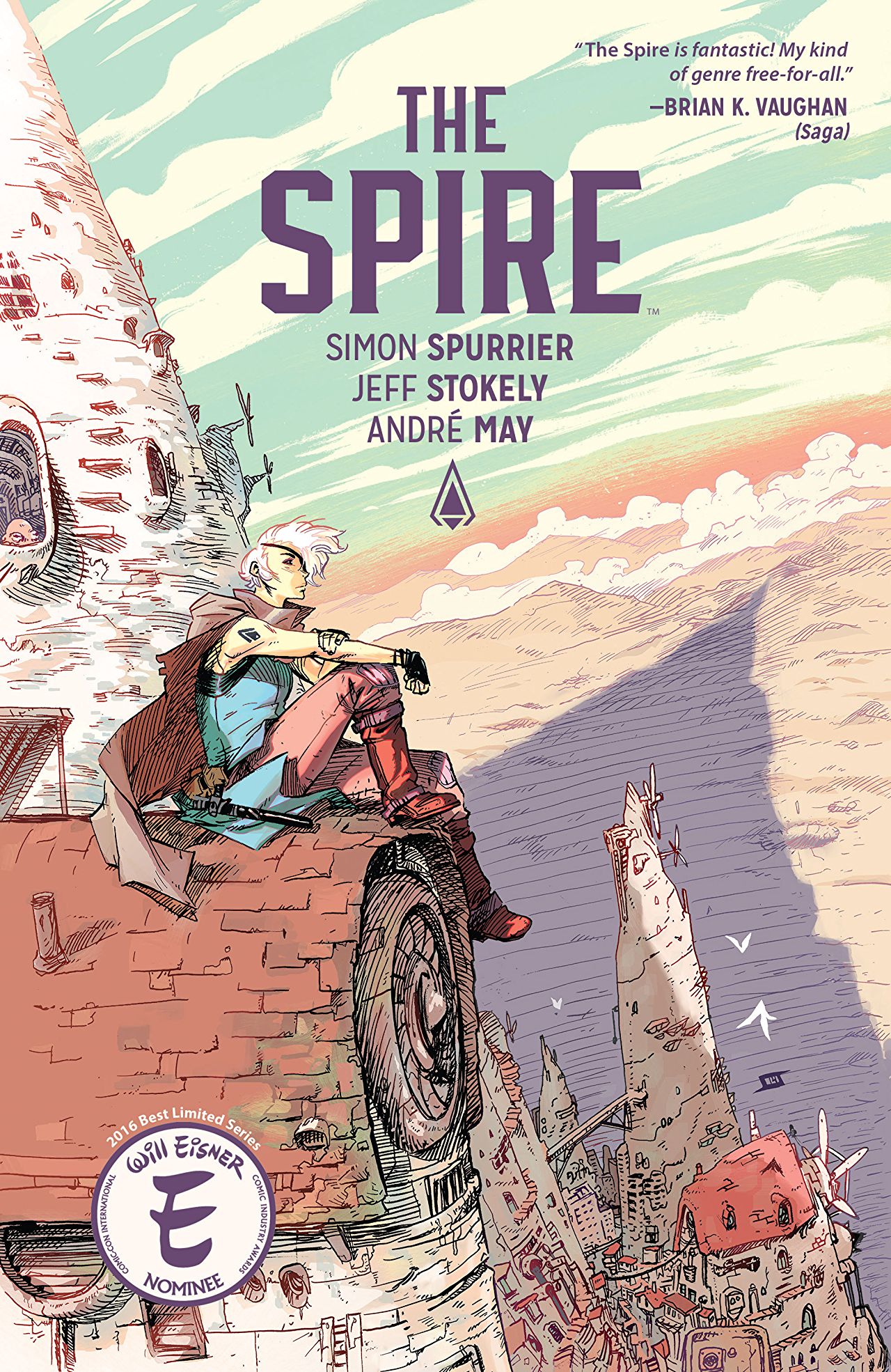