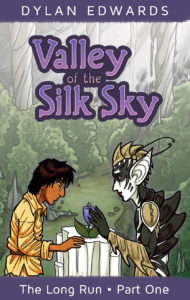 Follow the adventures of a crew of queer and trans scientists as they attempt to discover new medicinals, find lost artifacts, and generally try to avoid being eaten by the more dangerous denizens of the Valley.

The comic depicts a society whose language does not include gendered pronouns. Instead, the text uses xe/xer to refer to all characters. The cast includes asexual and demisexual characters.

Although the comic does not take place on Earth, cartoonist Dylan Edwards has said that Razi is represented as ethnically Middle Eastern and Chadsen as Black and Asian.

Hornet: “INQ INTERVIEW: Dead and Not Loving It In ‘The Valley of the Silk Sky’” 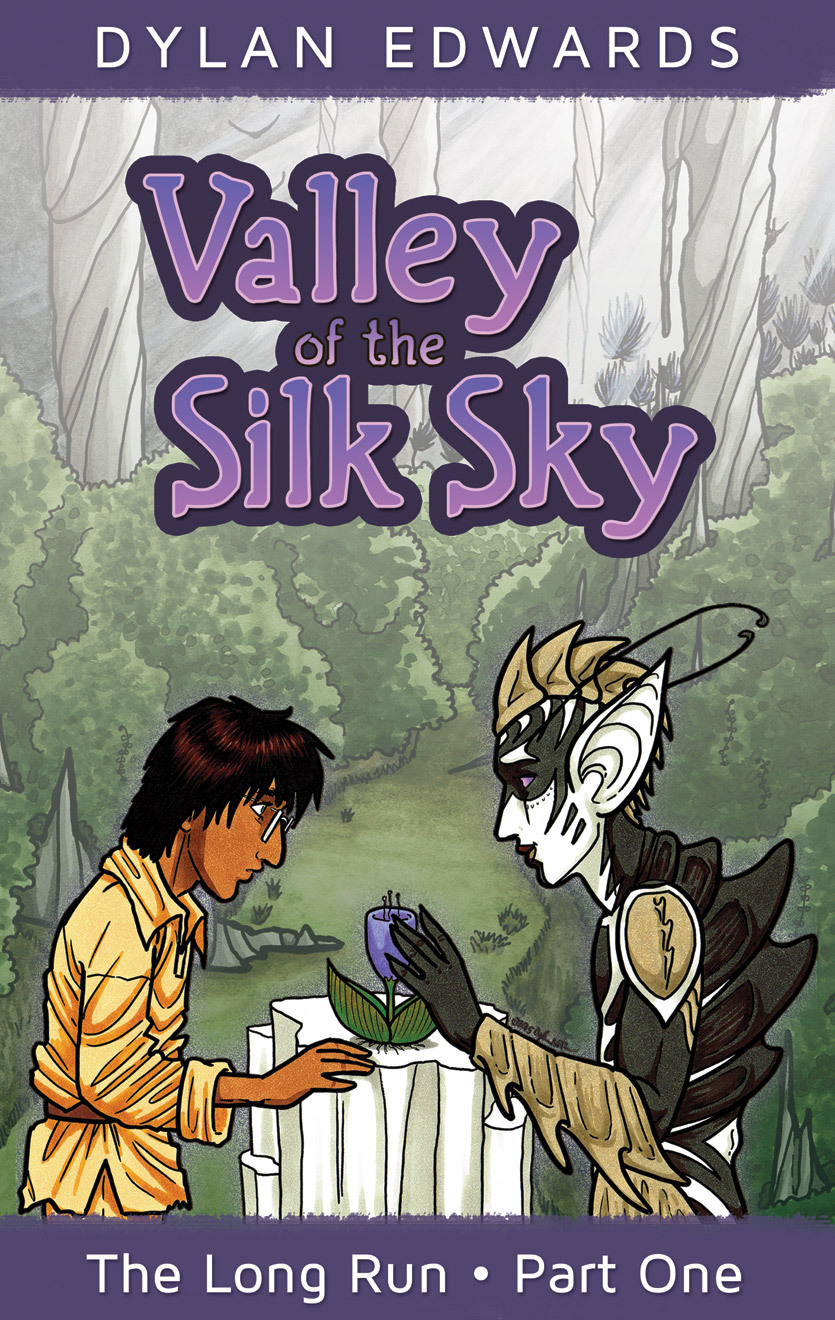 Valley of the Silk Sky: The Long Run Part One

Being legally dead is causing Razi some problems, and xer only chance of escape from bureaucratic limbo will involve a dangerous trek through wolfcat territory.

Meanwhile, Halvanylila is supposed to be learning to hunt and fight, but it’s hard to concentrate when there are fascinating plants to be scienced at. Now they’re both lost in the middle of nowhere, and they’ll need each other’s help and unique expertise to find their way out.

One problem: those wolfcats. Oh, wait, and a troupe of bandits? Two problems. But hey, as long as nothing else goes wrong … 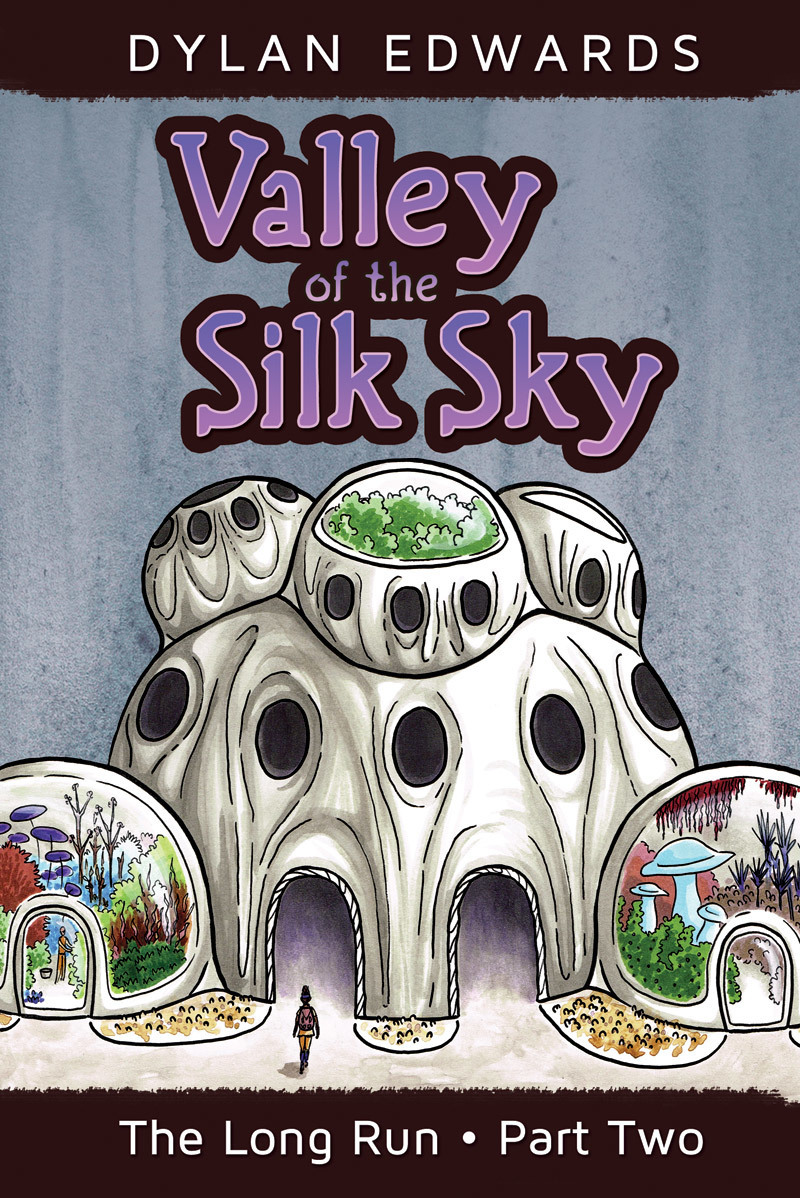 Valley of the Silk Sky: The Long Run Part Two

The journals of the renowned scientist Alta have been lost for over 300 years, but now Chadsen thinks xe has a lead on where to find them. Recovering the journals will require a trek to one of the ruined Red Cities … cities which were abandoned for a reason.

Meanwhile, Razi and Halvanylila have decided to return to the Cashel Waystation in hopes of treating Razi’s advancing wolfcat fever. Will they manage to find an antidote in time, or does a more sinister fate await them?