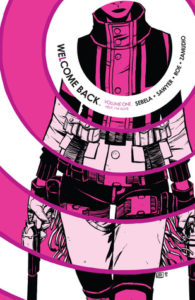 Reincarnation is real, and two soldiers who have been part of a war that has raged for centuries wake up in new bodies, each on a quest to find the other. Mali and Tessa have lived hundreds of different lives throughout time, caught up in an eternal cycle as they take part in a war so old that neither side remembers what they’re fighting for anymore. As Mali wakes up in her newest life, she suddenly becomes self-aware and starts to question everything, especially why she continues to fight. But elsewhere, Tessa is already on the hunt.

The main characters in this series reincarnate as different genders.

This series depicts a high degree of gun specific violence. Sexual acts as well as nudity are sparse and not drawn in great detail, no genitalia is shown.

“Welcome Back #1 would be the start of a perfectly charming, angst-ridden coming of age story…were it not for all the katanas. Quinn dreams of past lives as a samurai from feudal Japan, a long-decreased FBI Agent, an expired ‘80s hitman straight from Miami Vice and countless other warrior intermissions. Eventually, she deciphers that she’s the most recent reincarnation of a badass, yet doomed, soldier/assassin who dates back to prehistoric times.” (Source: Paste Magazine)

SKTCHD: “Chris Sebela and Claire Roe Talk the Art Change and Future of We(l)come Back”

1 thought on “Welcome Back” 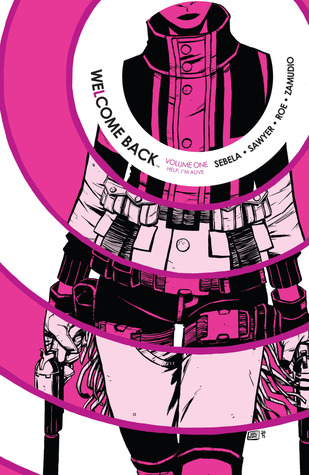 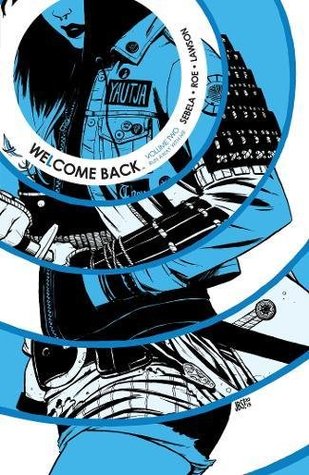