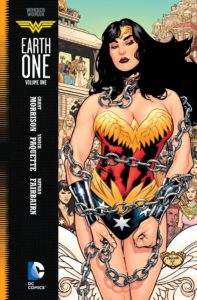 Encompassing the vision of her original creator, William Moulton Marston, Grant Morrison presents a Diana who yearns to break free from her mother and the utopian society on Paradise Island to learn about the forbidden outside world. Her dreams may come true when Air Force pilot Steve Trevor crashes on their shores, and she must defy the laws of the Amazons to return him to Man’s World.

This series is a modern re-imagining of  Wonder Woman, and can be read separately from any other appearances of the character.

Starred review: “Veteran comics scribe Morrison (Multiversity) reunites with his Batman Inc. partner Paquette to retell the origin of the most beloved female superhero for a new generation. Princess Diana of Paradise Island leads an idyllic life among her Amazonian sisters, but chafes under the rule of her mother, Queen Hippolyta. When pilot Steve Trevor crash-lands on the island, Diana becomes his salvation, returning him to the forbidden Man’s World and setting in motion a series of events that challenge Amazonia’s foundations. Nathan Fairbairn’s colors give the art a warm tone that stands out from many other superhero offerings of recent years, and Paquette’s bold, striking linework creates a vivid society. Morrison’s attempts to visually represent language barriers muddy the waters, but his script is otherwise a triumphant blend of Golden Age concepts with modern themes (like a glorious update for oft-maligned sidekick Etta Candy, who’s now a snarky, queer sorority sister). This book redefines an often misunderstood character.” (Source: Publishers Weekly)

“I’ll just cut right to the chase and say that Wonder Woman: Earth One is not going to be a comic for everyone. This original graphic novel offers a more provocative take on the iconic heroine, one that returns her to her Golden Age, bondage-obsessed roots and dabbles in material some readers might find uncomfortable. It’s also a surprisingly outlandish and colorful story given the normally straight-laced, grounded nature of DC’s Earth One line. But if you come into this book with no goal other than a yearning desire to see Grant Morrison and Yanick Paquette offer their own unique spin on a 75-year-old character, you won’t be disappointed.

Morrison and Paquette offer a very different view of Wonder Woman from the one that’s dominated DC’s books in recent years. Her status as a warrior goddess is greatly downplayed here. Diana very rarely acts out in violence at any point in the story. Instead, Morrison and Paquette emphasize her qualities as a healer, a nurturer and an ambassador. She’s portrayed as the voice of reason in a culture dominated by xenophobia and fear of the outside world. Morrison is also very matter-of-fact about Diana’s open sexuality, which is a refreshing change. The combination of Diana’a adventurous spirit, curiosity and boundless compassion make this easily one of the most satisfying takes on the character in a long time.” (Source: IGN) 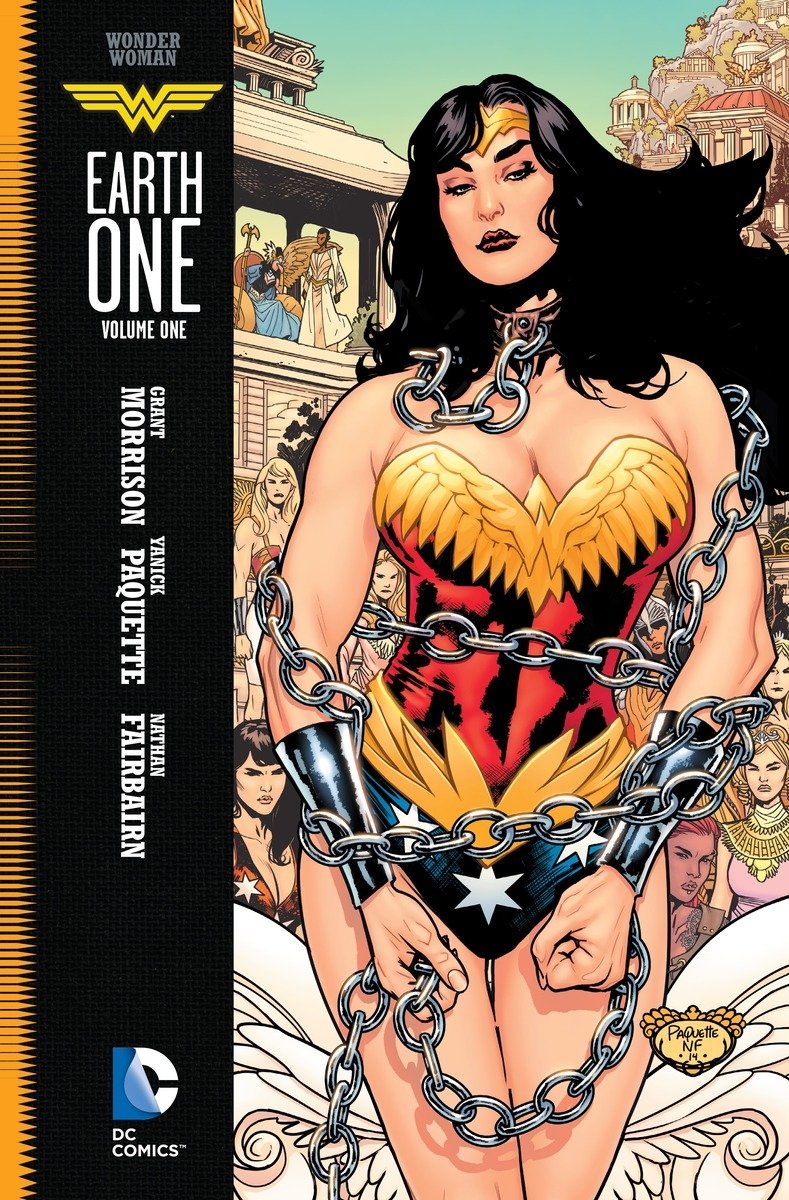