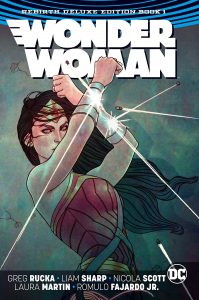 Wonder Woman battles some of her greatest foes while attempting to get to the root of who she is truly is.

This series is also referred to as Wonder Woman: Rebirth. It began publication in August 2016 and ran until November 2018, after which the collected editions were renumbered.

There are depictions of blood, but not excessive gore.

Etta Candy, a long-running Wonder Woman supporting character is here depicted as a queer black woman. Barbara Ann Minerva, a traditional Wonder Woman antagonist, is also shown to be queer. Minerva appears primarily in the first four volumes of the series, while Candy appears primarily in the first five. Neither is a significant presence in volumes six through nine. While in her human form, Minerva is shown using a walking stick.

Wonder Woman’s mother, Queen Hippolyta, is briefly shown to be in a relationship with the Amazon general Philippus.

Wonder Woman herself is shown to be in romantic relationships with both Steve Trevor and Superman, but is stated in issue #12 (collected in volume two) to have previously been involved with a woman.

“The relaunched Wonder Woman series is one of the most crucial pieces of the DC Rebirth lineup. Not just because it comes at a time when the character’s mainstream exposure is growing significantly, but also because it marks Greg Rucka’s return to DC after a less than amicable split several years ago. Rucka’s voice is exactly what DC needs to help recapture what’s been missing with the New 52 and salvage a character who’s been through a real roller coaster of storytelling quality lately.” (Source: IGN) 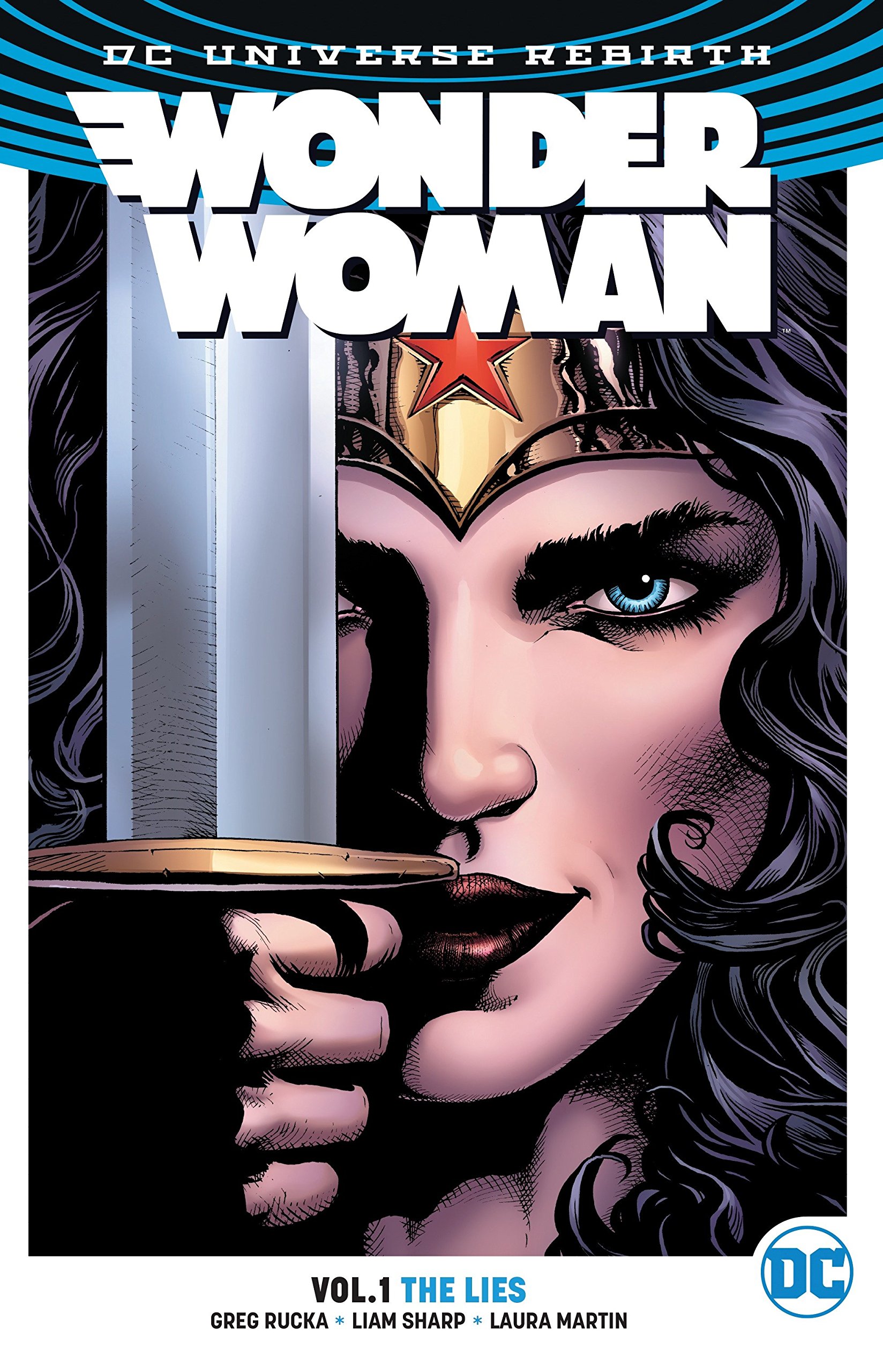 New York Times best-selling writer Greg Rucka returns to WONDER WOMAN! After suffering an unimaginable loss, Diana must rebuild her mission as Earth’s ultimate protector and champion. However, in the midst of her grief, her Lasso of Truth stopped working! Start down the rabbit hole as dark secrets from Wonder Woman’s past unravel her present! This new title collects WONDER WOMAN #1, 3, 5, 7, 9 and 11, plus WONDER WOMAN: REBIRTH #1. 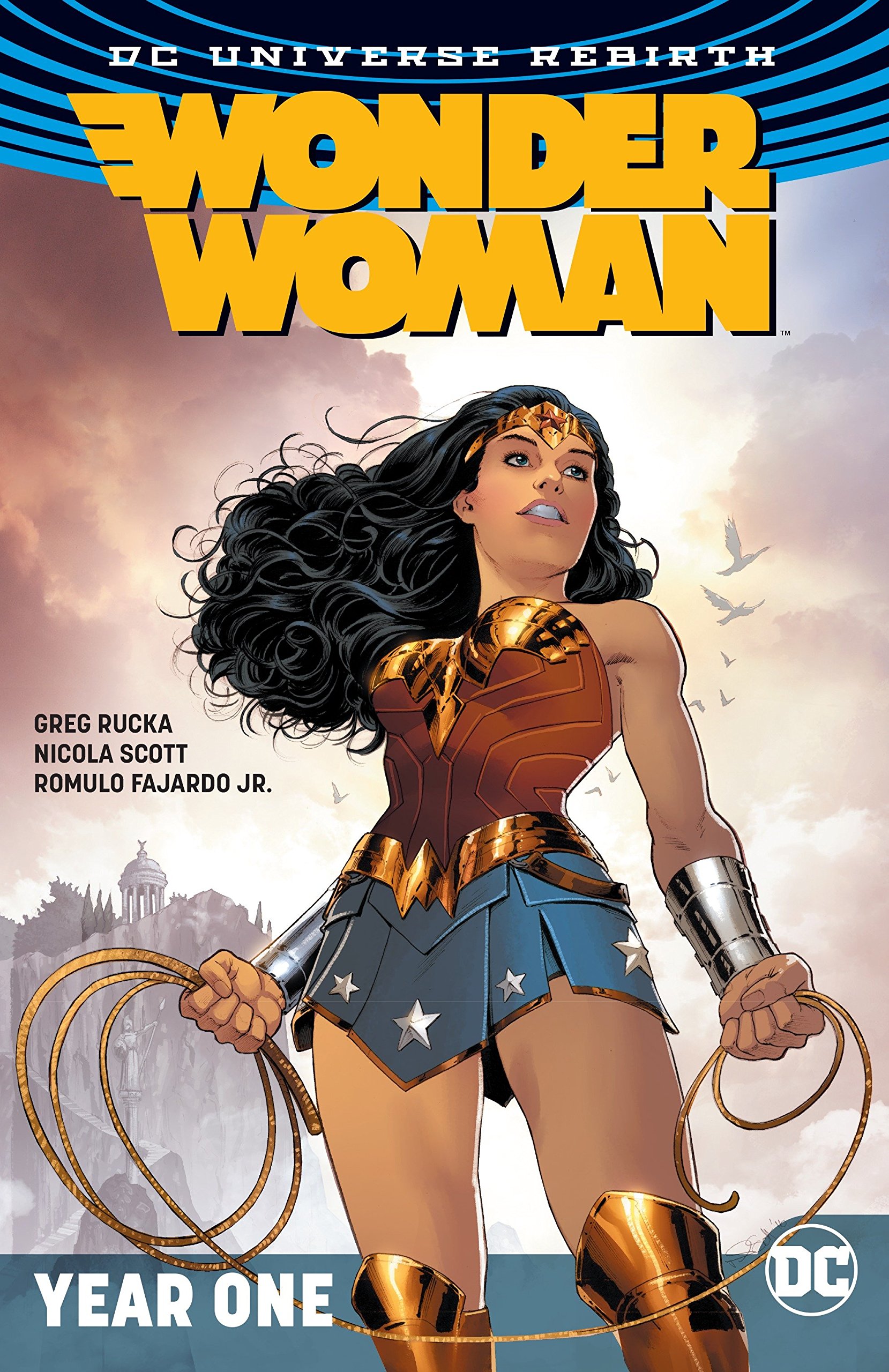 The team of writer Greg Rucka and artist Nicola Scott weave the definitive and shocking tale of Diana’s first year as Earth’s protector. Paradise has been breached, Ares stirs and the Amazons must answer with a champion of their own…one who is willing to sacrifice her home among her sisters to save a world she has never seen. Wonder Woman’s journey begins in this epic origin story! Collects WONDER WOMAN #2, 4, 6, 8, 10, 12 and 14. 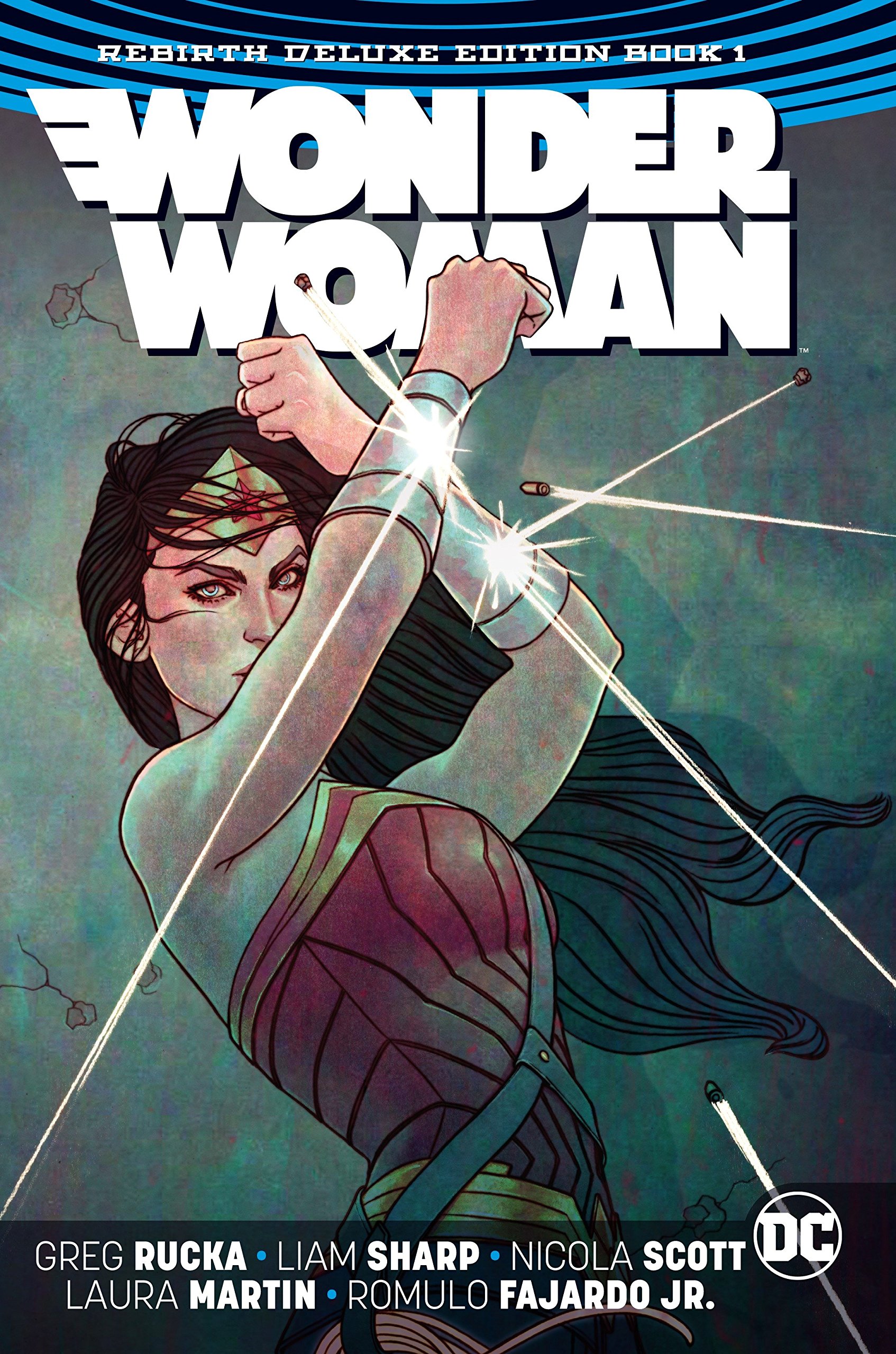 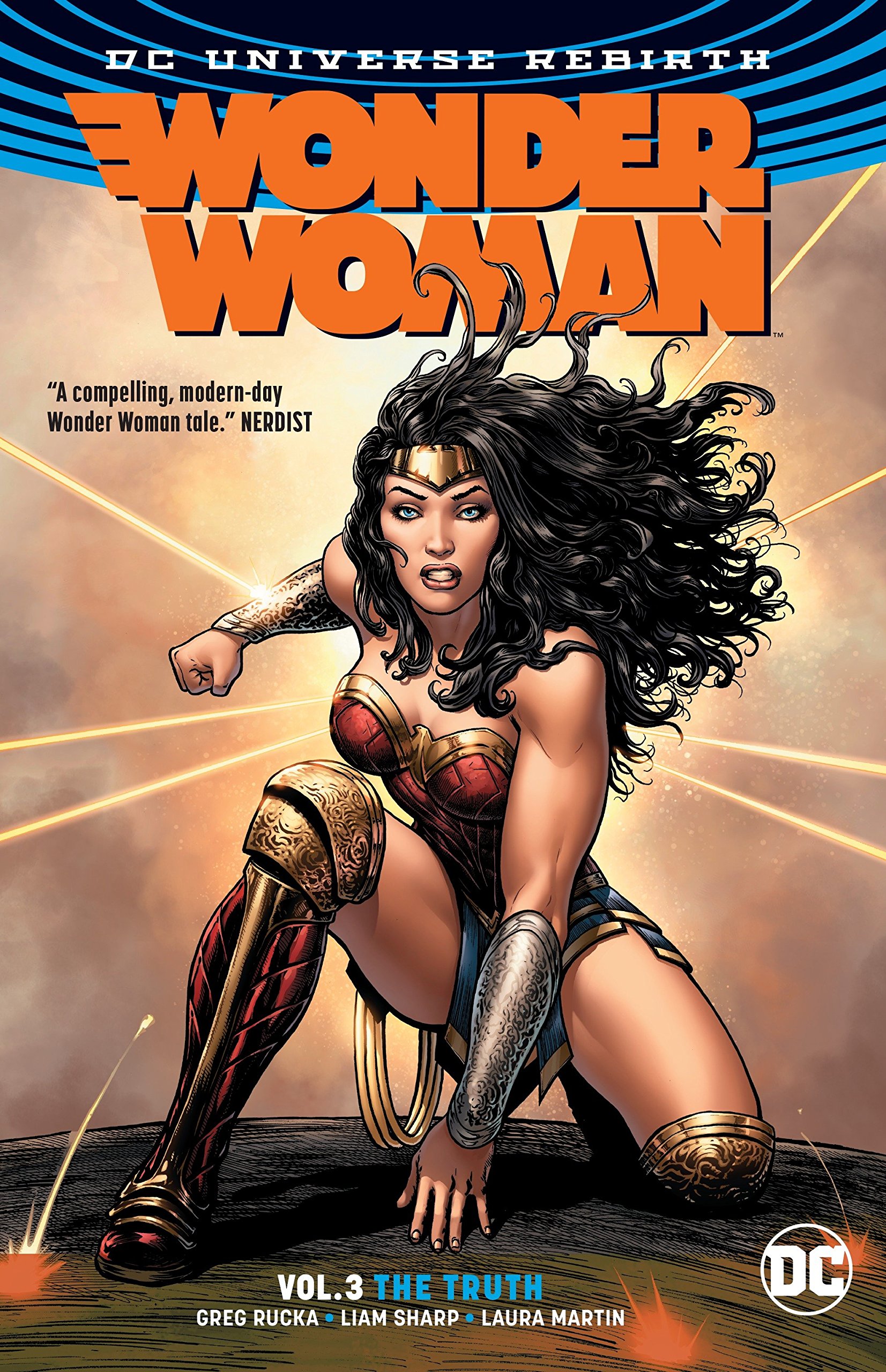 As Wonder Woman picks up the pieces of her shattered psyche in the wake of “The Lies,” Barbara Ann Minerva walks into the devil’s lair to defend her…or is she being led into a trap? And Diana, Steve and Etta come face to face with their newest foes—the deadly group known as Poison! But what do they have to do with the plot to unravel Wonder Woman’s life? Collects WONDER WOMAN #13, 15, 17, 19, 21, 23 and 25. 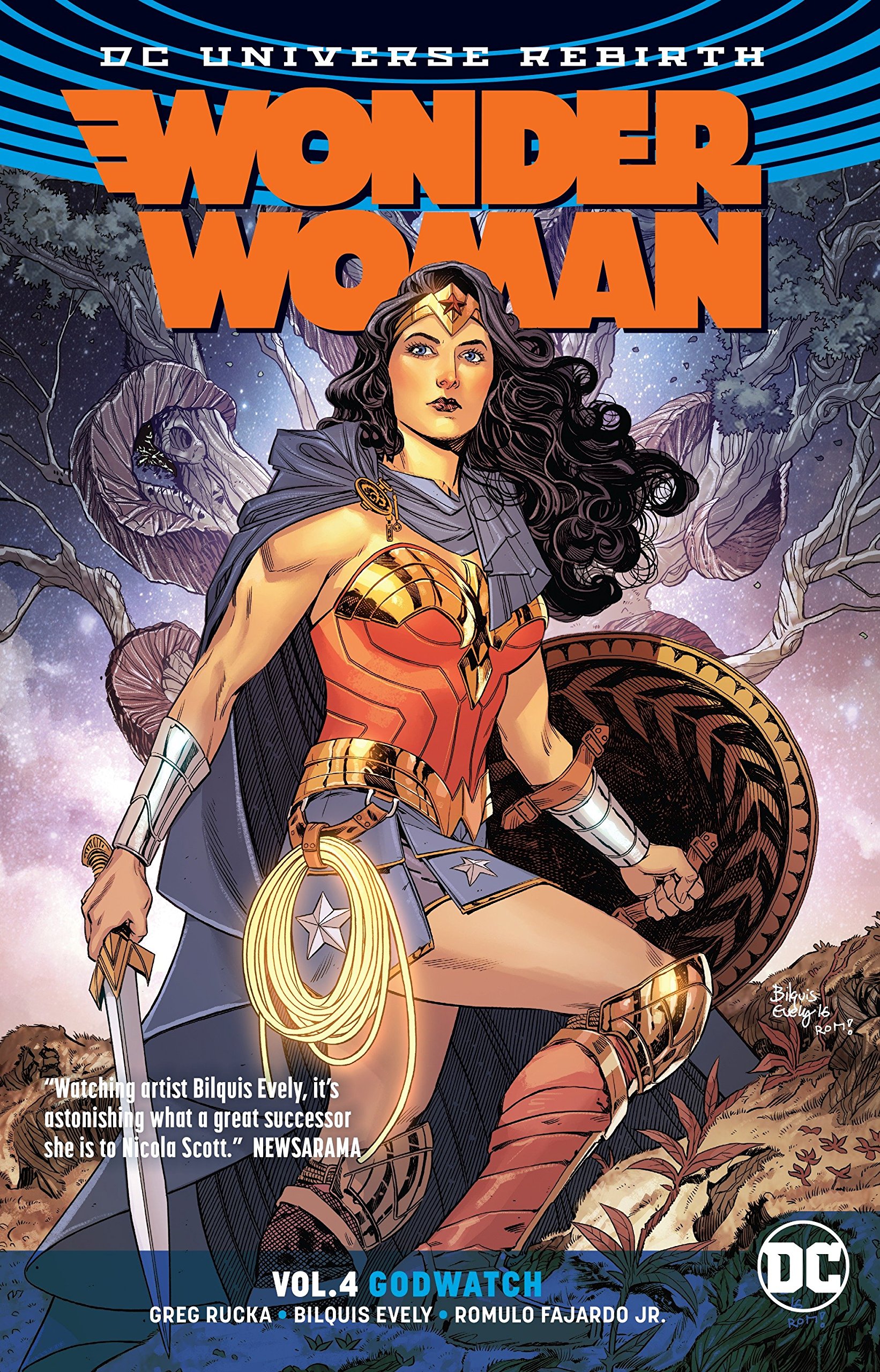 Since the moment Wonder Woman arrived in our world, Godwatch has been waiting. But who are they, and what do they want? Diana’s journey to the truth that she’s been seeking since Rebirth continues here. Plus, when a girl’s soul is ripped from her body, Wonder Woman must travel through to Themyscira and free Ares! Collects WONDER WOMAN #16, 18, 20, 22 and 24 and the story written by Greg Rucka from WONDER WOMAN ANNUAL #1. 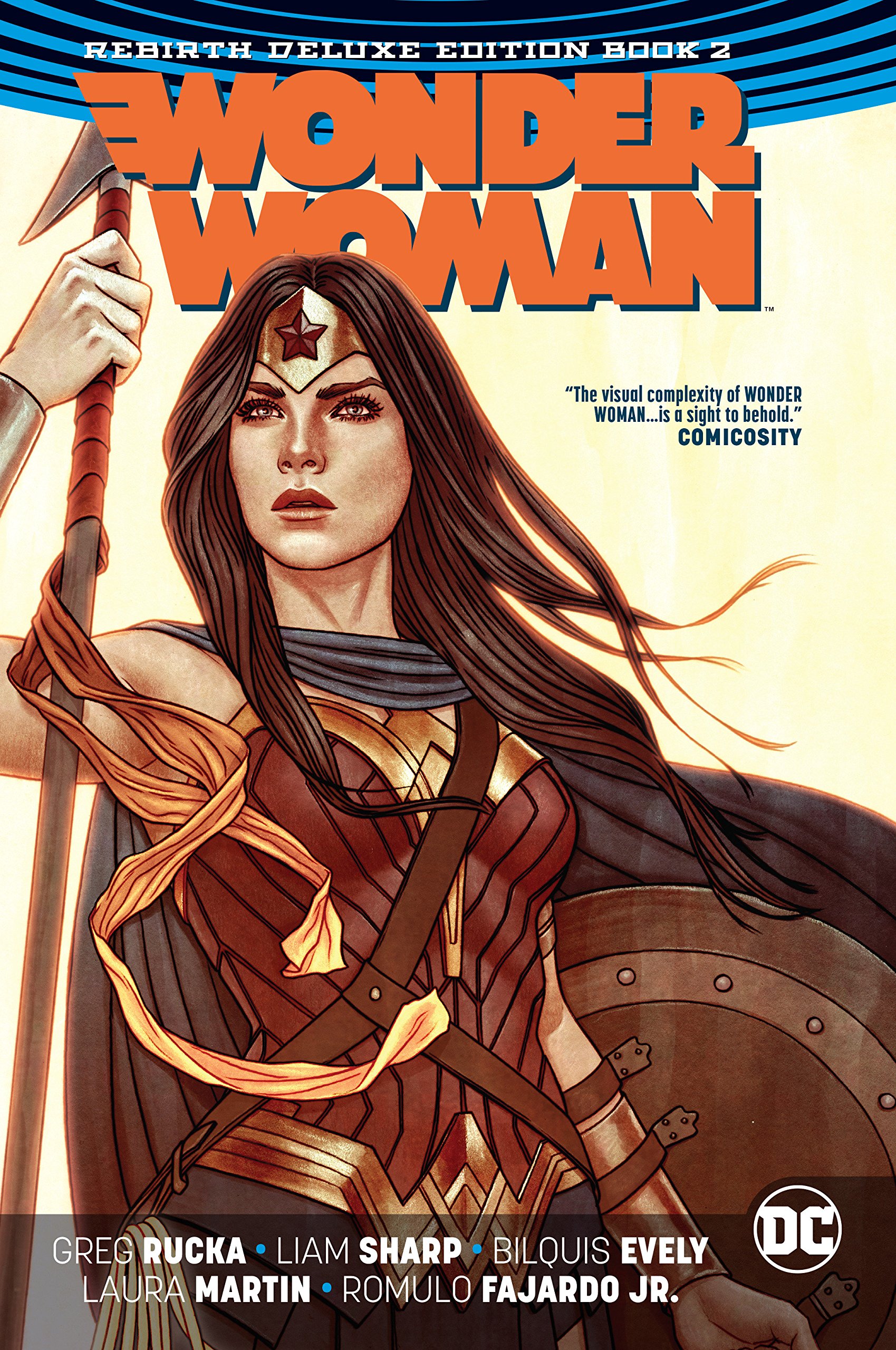 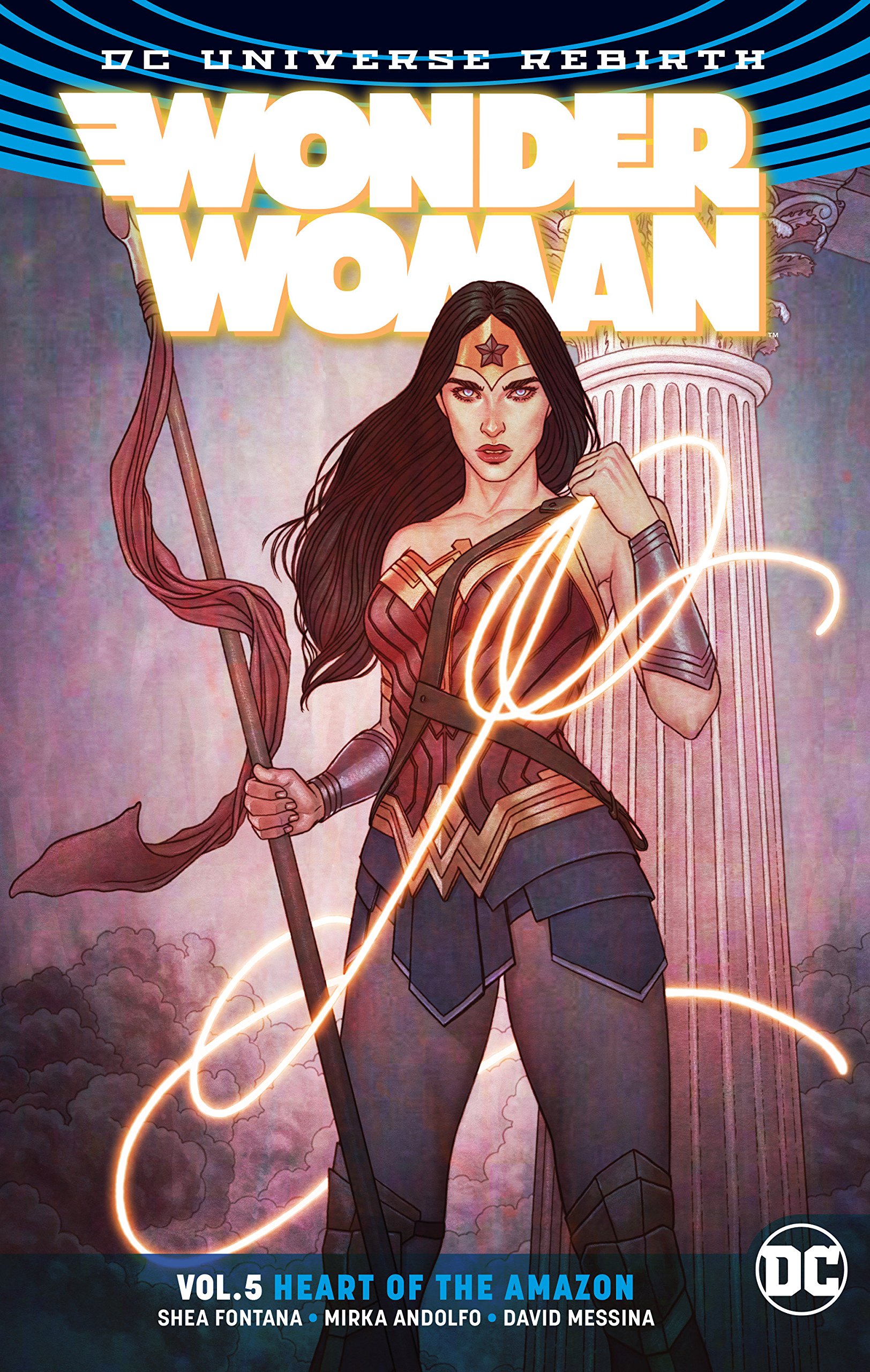 In this new collection, Wonder Woman takes a moment to catch her breath and attend a friend’s wedding…but unfortunately, horror follows her even there, putting the life of her friend Etta Candy in danger! Then, learn more about the tumultuous partnership between Wonder Woman and Steve Trevor. Collects stories from WONDER WOMAN #26-30, WONDER WOMAN ANNUAL #1 and WONDER WOMAN: STEVE TREVOR #1. 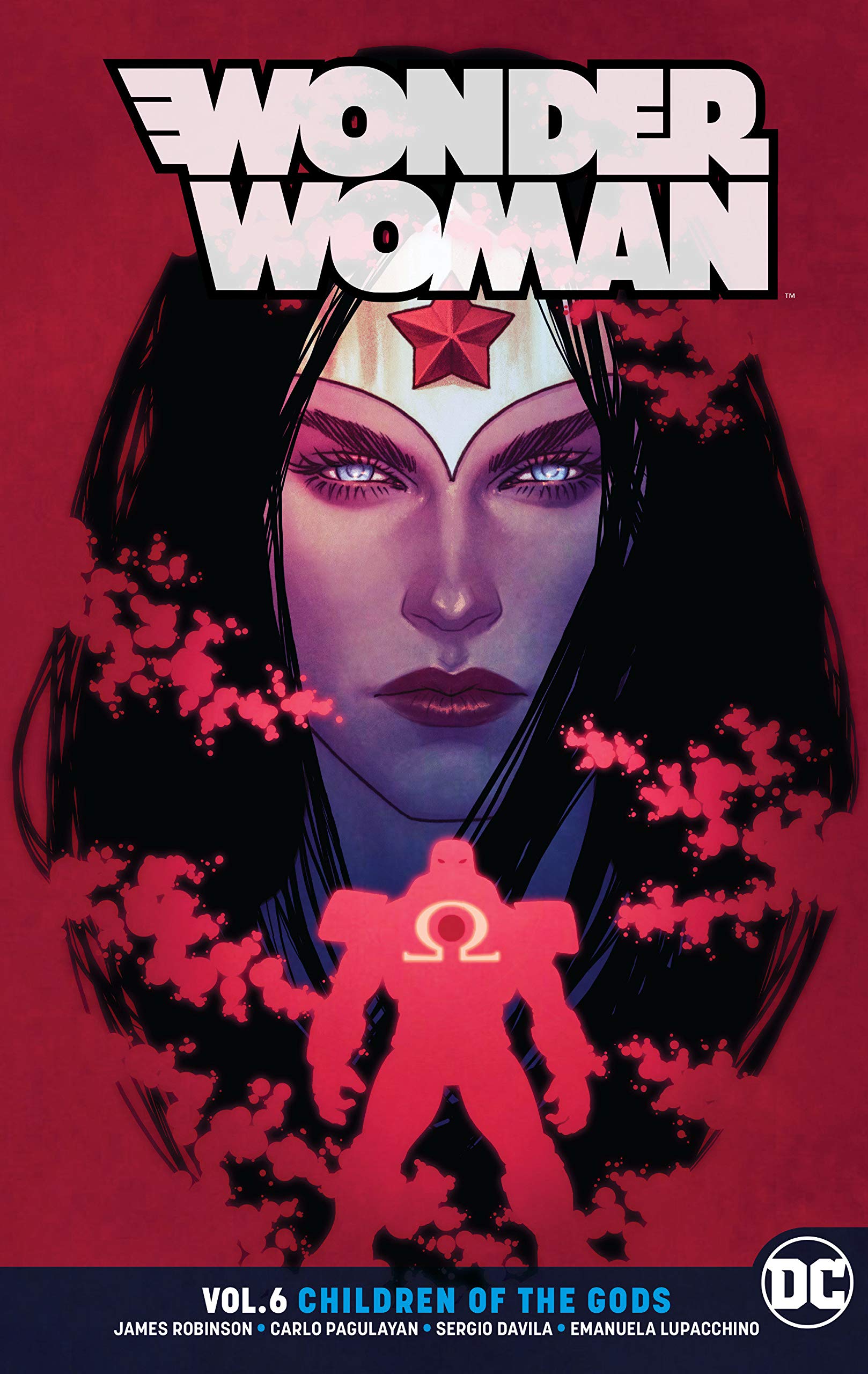 Who is Wonder Woman’s brother? Whisked away from Themyscira in the dead of night, the mysterious Jason has been hidden somewhere far from the sight of gods and men…but his life and Wonder Woman’s are about to intersect in a terrifying way, bringing them face-to-face with a cosmic threat they never imagined in the forms of Darkseid and Grail! Collects Wonder Woman #31-37. 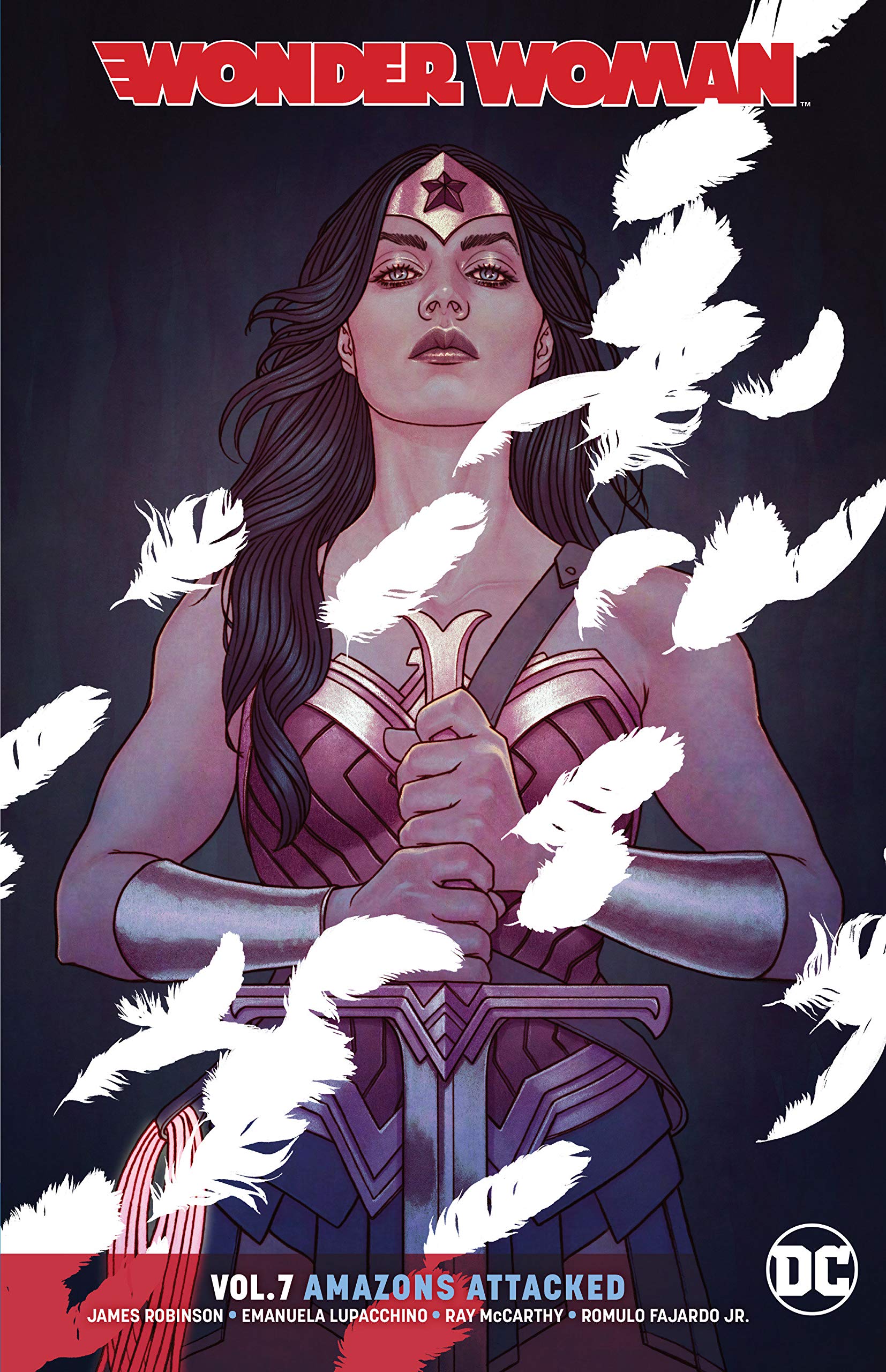 The power of the ancient gods has returned Darkseid to his former self, but he wants more—he wants the throne of Apokolips back! To do that, he’ll need an army more powerful than he’s ever had before. That sounds like the Amazons! Plus, Wonder Woman’s brother Jason has always longed to meet his mother, Hippolyta. Should Wonder Woman help him return home, even if it might lead to the destruction of the Amazons? Collects Wonder Woman #38-45. 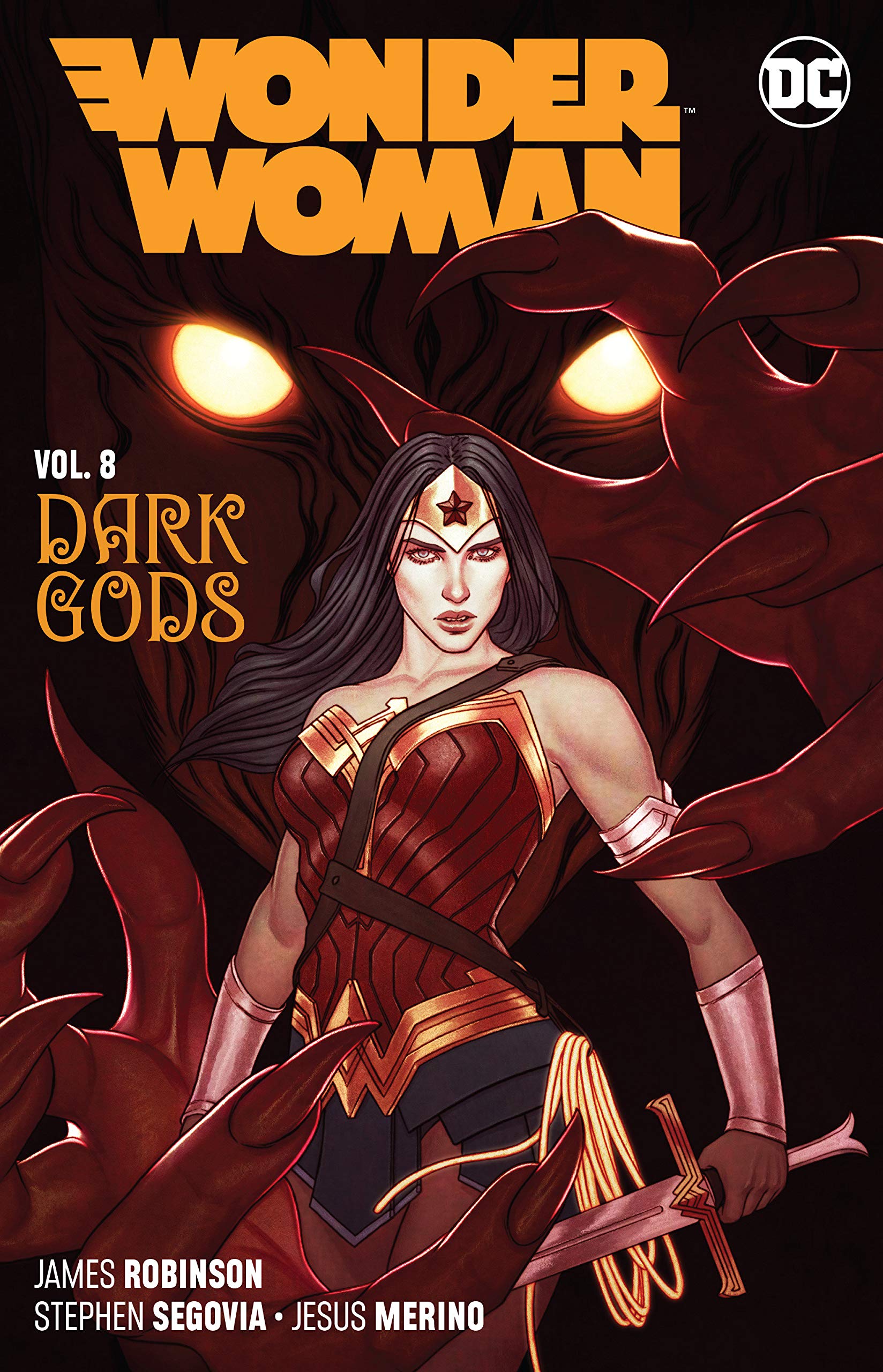 In the wake of DARK NIGHTS: METAL, new secrets of the cosmos have been revealed and taken form…and though she doesn’t know it yet, Wonder Woman is at the center of their plans! They are the Dark Gods, and they have the Amazon Warrior in their sights. Collects WONDER WOMAN #46-50 and ANNUAL #3. 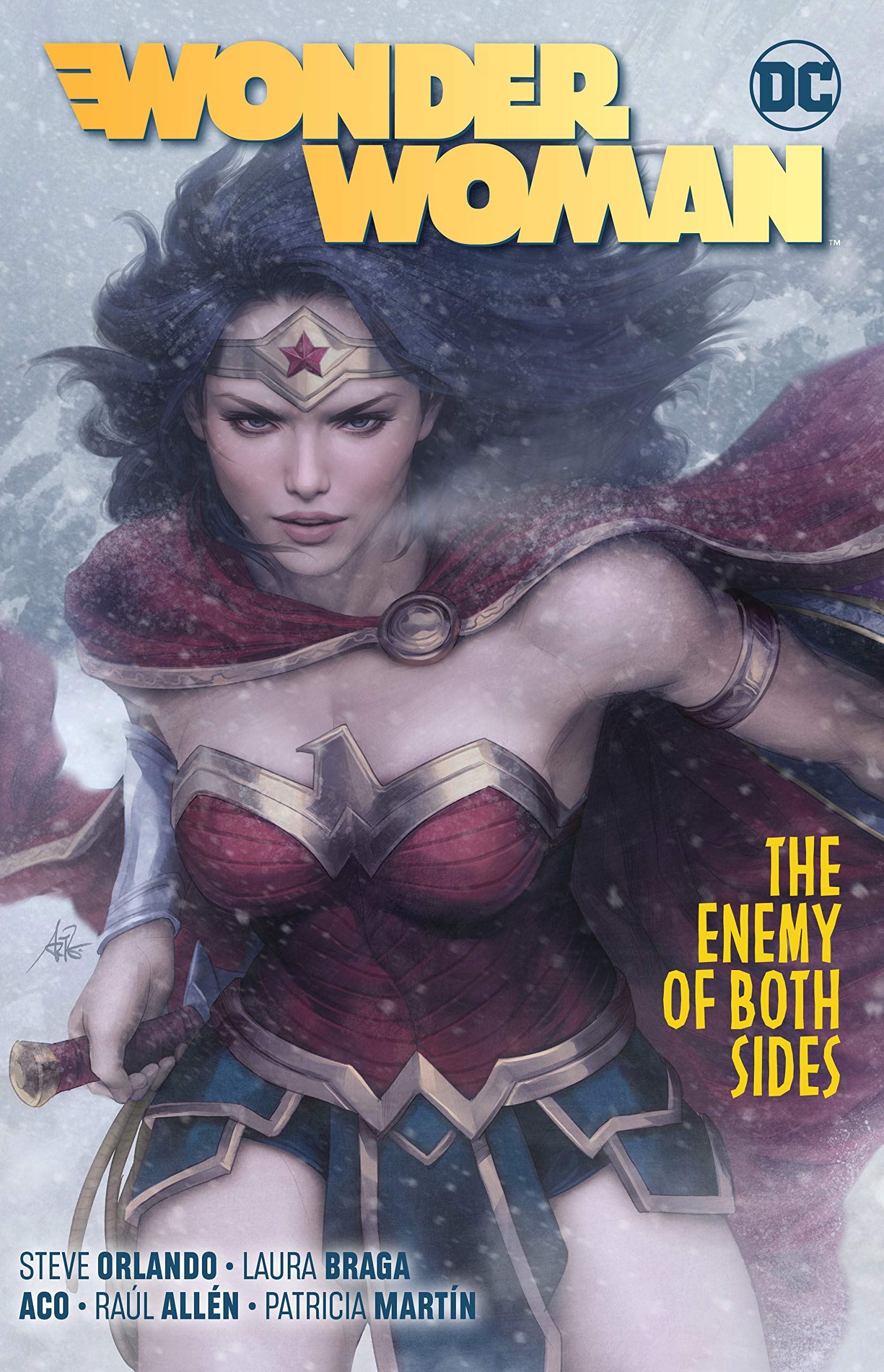 Wonder Woman, Vol. 9: The Enemy of Both Sides