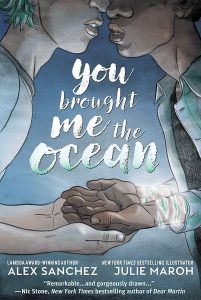 Jake Hyde doesn’t swim—not since his father drowned. Luckily, he lives in Truth or Consequences, New Mexico, which is in the middle of the desert, yet he yearns for the ocean and is determined to leave his hometown for a college on the coast. But his best friend, Maria, wants nothing more than to make a home in the desert, and Jake’s mother encourages him to always play it safe.

There’s nothing “safe” about Jake’s future—not when he’s attracted to Kenny Liu, swim team captain and rebel against conformity. And certainly not when he secretly applies to Miami University. Jake’s life begins to outpace his small town’s namesake, which doesn’t make it any easier to come out to his mom, or Maria, or the world.

But Jake is full of secrets, including the strange blue markings on his skin that glow when in contact with water. What power will he find when he searches for his identity, and will he turn his back to the current or dive headfirst into the waves?

There is a supporting character that uses a wheelchair.

“More a slow-burn teen romance than a superhero comic, You Brought Me the Ocean by Alex Sanchez and Julie Maroh is a groundbreaker for DC’s OGN line in more ways than one. First, it’s their first to focus on a gay romance.” (Source: Geek Dad)

“Sanchez’s text lends authenticity to Jake’s conflicted emotions surrounding his identity and future; he doesn’t shy away from showing the hostile bullying that Kenny and Jake face for daring to be openly gay. Maroh’s realistic sketches in muted tones are infused with bursts of color with generally pale scenery.” (Source: Kirkus Reviews)

CBR: “Aqualad: Sánchez & Maroh Reaffirm Queer Identity in You Brought Me the Ocean”

We Need Diverse Books: “Alex Sanchez and Julie Maroh in Conversation, You Brought Me the Ocean“ 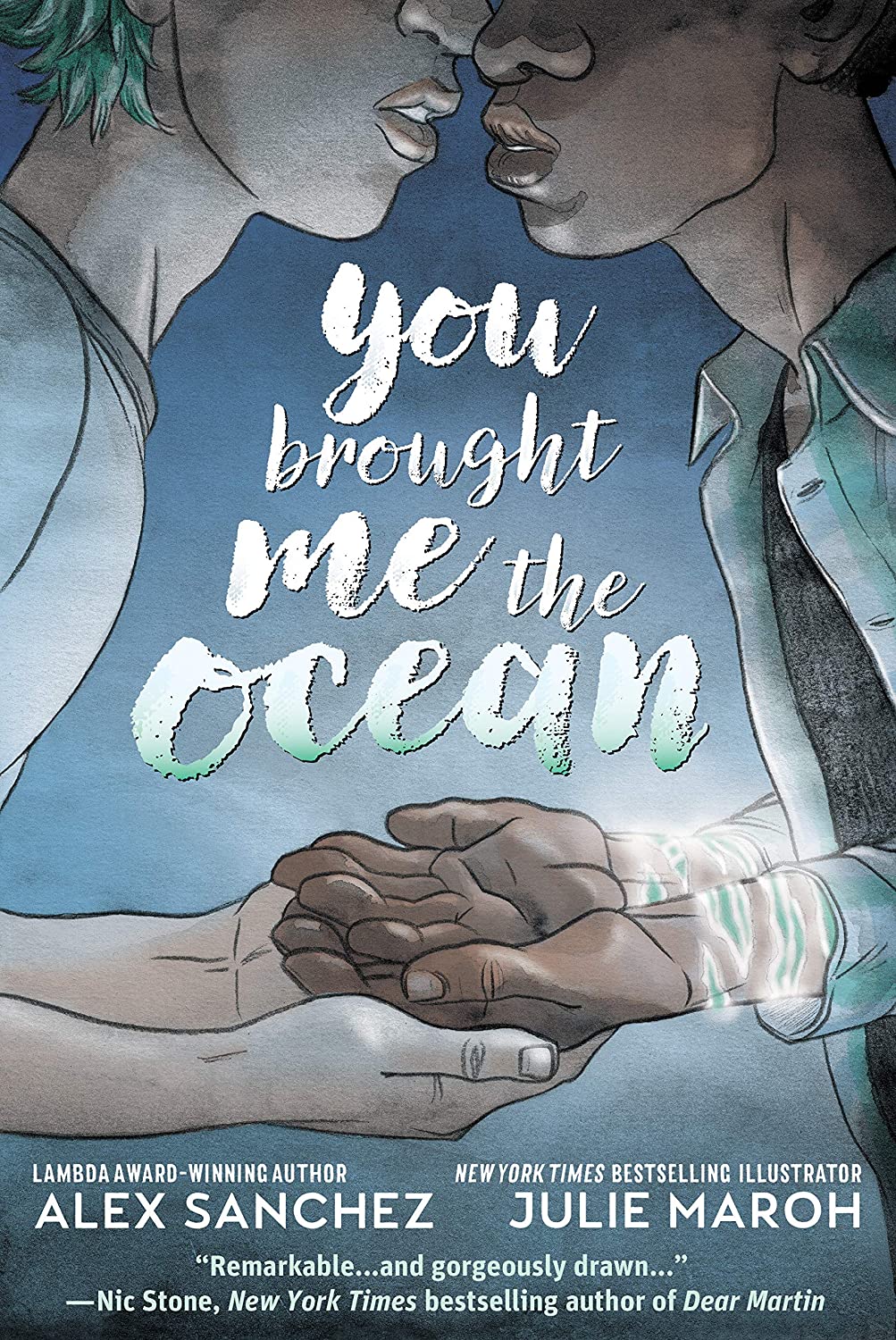 You Brought Me the Ocean