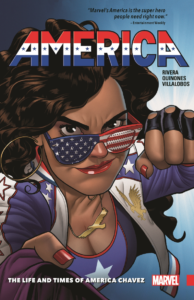 At last! Everyone’s favorite no-nonsense powerhouse, America Chavez, gets her own series! Critically acclaimed young-adult novelist Gabby Rivera shines a solo spotlight on America’s high-octane and hard-hitting adventures! She was a Young Avenger. She leads the Ultimates. And now she’s going to college! Her first assignment: a field trip to the front lines of World War II – with Captain America as her wingman! But when another jump goes wrong, America Chavez ends up stuck in the past! Can that era’s Storm and the X-Men help her find her way home, or are they too busy protecting a world that hates and fears them? And who is the mysterious figure behind these time-travel mishaps? Plus: America and her Young Avengers gal pal Hawkeye are reunited at last, as they team up to take on a new threat!

“The result is a fun, irreverent superhero comic very much cut from the same cloth as books like The Unbeatable Squirrel Girl and The Unstoppable Wasp. It’s not an approach that’s going to win over everyone – especially those who crave a more traditional superhero adventure – but it’s one that definitely suits this character. Rivera makes the jump from YA fiction to comics deftly. She takes a very introspective, character-driven approach to this issue, one that emphasizes America’s personal relationships and her yearning for her lost parents.” (Source: IGN) 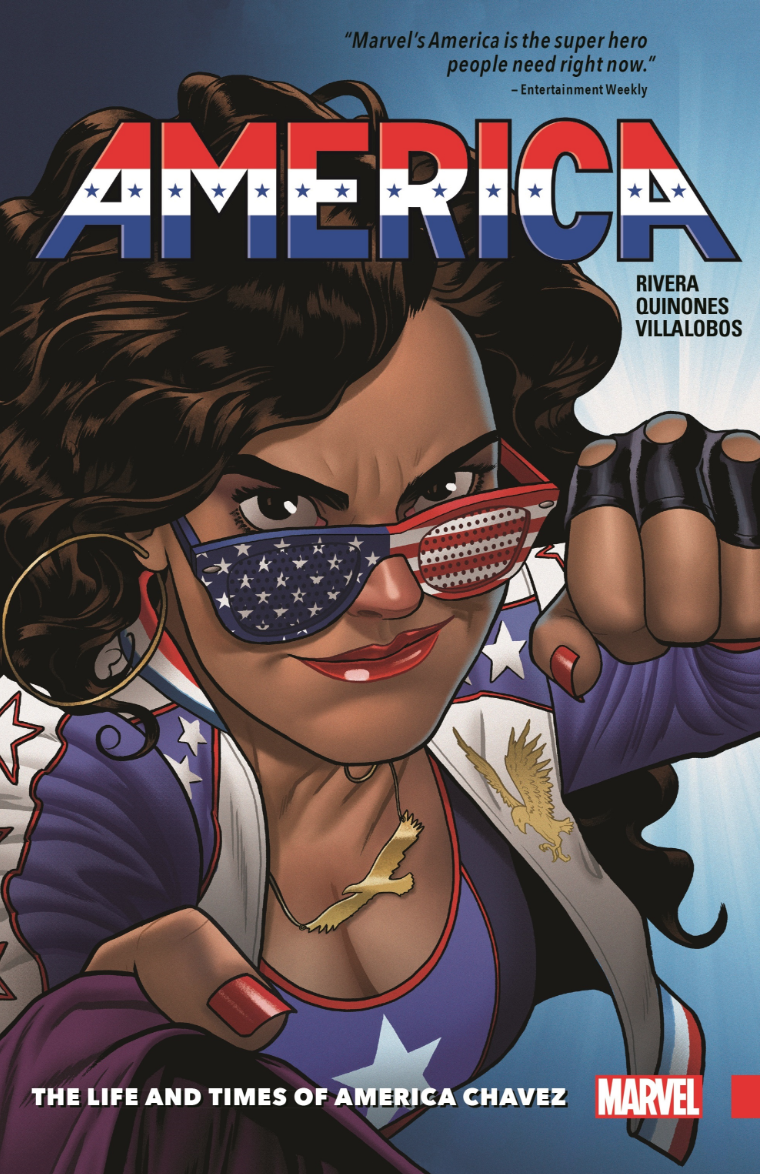 America, Vol. 1: The Life and Times of America Chavez 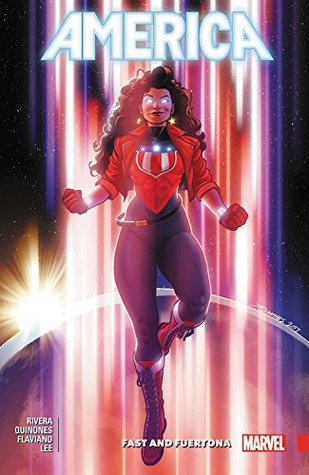 It begins with the story you’ve been waiting for: the origin of America Chavez! But everyone’s favorite no-nonsense powerhouse soon meets her match – in the form of the deadly and exotic Exterminatrix! Can America stand against this vile villainess, backed by the full power of the ominous Midas Corporation? America gains all-new but untested abilities – and she’ll need them against the oncoming horde! But what does Exterminatrix want with Sotomayor University? With America in lockup, it’s up to Prodigy to find out – and that won’t be easy when campus queen X’Andria is working for the enemy! As the Midas Corporation reignites a decades-old danger, America’s newly discovered home comes under threat – but they’re about to learn that you don’t mess with a Fuertona. And you definitely don’t mess with a Chavez! Collecting AMERICA #7-12.