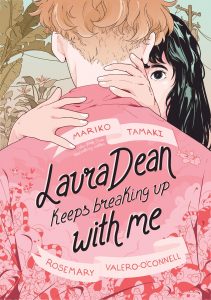 Laura Dean, the most popular girl in high school, was Frederica Riley’s dream girl: charming, confident, and SO cute. There’s just one problem: Laura Dean is maybe not the greatest girlfriend.

Reeling from her latest break up, Freddy’s best friend, Doodle, introduces her to the Seek-Her, a mysterious medium, who leaves Freddy some cryptic parting words: break up with her. But Laura Dean keeps coming back, and as their relationship spirals further out of her control, Freddy has to wonder if it’s really Laura Dean that’s the problem. Maybe it’s Freddy, who is rapidly losing her friends, including Doodle, who needs her now more than ever.

Fortunately for Freddy, there are new friends, and the insight of advice columnists like Anna Vice to help her through being a teenager in love.

The main character is multiracial (white and Asian) and a lesbian.

Starred Review: “Laura Dean is a terrible girlfriend. Self-absorbed and careless, she breaks up with Frederica, 16, for the fourth time, via text message after being caught cheating at a school dance. But Freddy loves Laura Dean, and they’re soon back together—sort of—though Freddy’s relationship myopia renders her isolated and dismissive of her friends, all of whom are struggling with their own issues. A medium tells Freddy to call the relationship quits, but she has no idea how to stop perpetuating her part of the cycle. Bold, clean lines and pink highlights characterize rich art by Valero-O’Connell (the Lumberjanes/Gotham Academy series) as panels breathily dense with the personal details of the characters’ lives morph to suit each meaningful scene. A largely queer and physically and ethnically diverse cast inhabits this vision of teenage Berkeley, and the high school–specific mixture of self-possession and cluelessness with which Tamaki (This One Summer) imbues them lends depth and individuation. This exploration of toxic relationships and social dynamics at the cusp of adulthood is, like its cast, sharp and dazzling. Final art not seen by PW. Ages 14–up.” (Source: Publishers Weekly)

“Laura Dean is the hottest girl in school and Freddy is obsessed with her. Her love seems to be requited, and then it’s not. Every time it seems like they are back together Laura dumps Freddy. Laura ignores Freddy for weeks then demands her full and undivided attention and Freddy eagerly complies. Eventually, Freddy realizes Laura isn’t good for her, and worse, being with Laura has turned Freddy into a bad friend: she wasn’t there when her BFF needed her most. Fabulous art and additional queer characters help make this graphic novel one of the year’s best.” (Source: The Advocate)

“Much of the well-earned emotional power of the story emerges in beautiful silences. We see the cluttered cave of Freddy’s bedroom, or a moment of escape in which she’s slumped against a school wall, or long walks to and from coffee shops. But nothing in this city or story feels cold and concrete. Quite the opposite. The lush foliage and plant life bursting from the background, sometimes even overtaking the foreground, suggests that life is growing, even thriving, all around Freddy, and that though the intensity of a relationship can feel all-consuming, affairs of the heart are better served by looking up and seeing what else (and who else) is around you. Friends matter. They are not to be sidelined and taken for granted.” (Source: The New York Times) 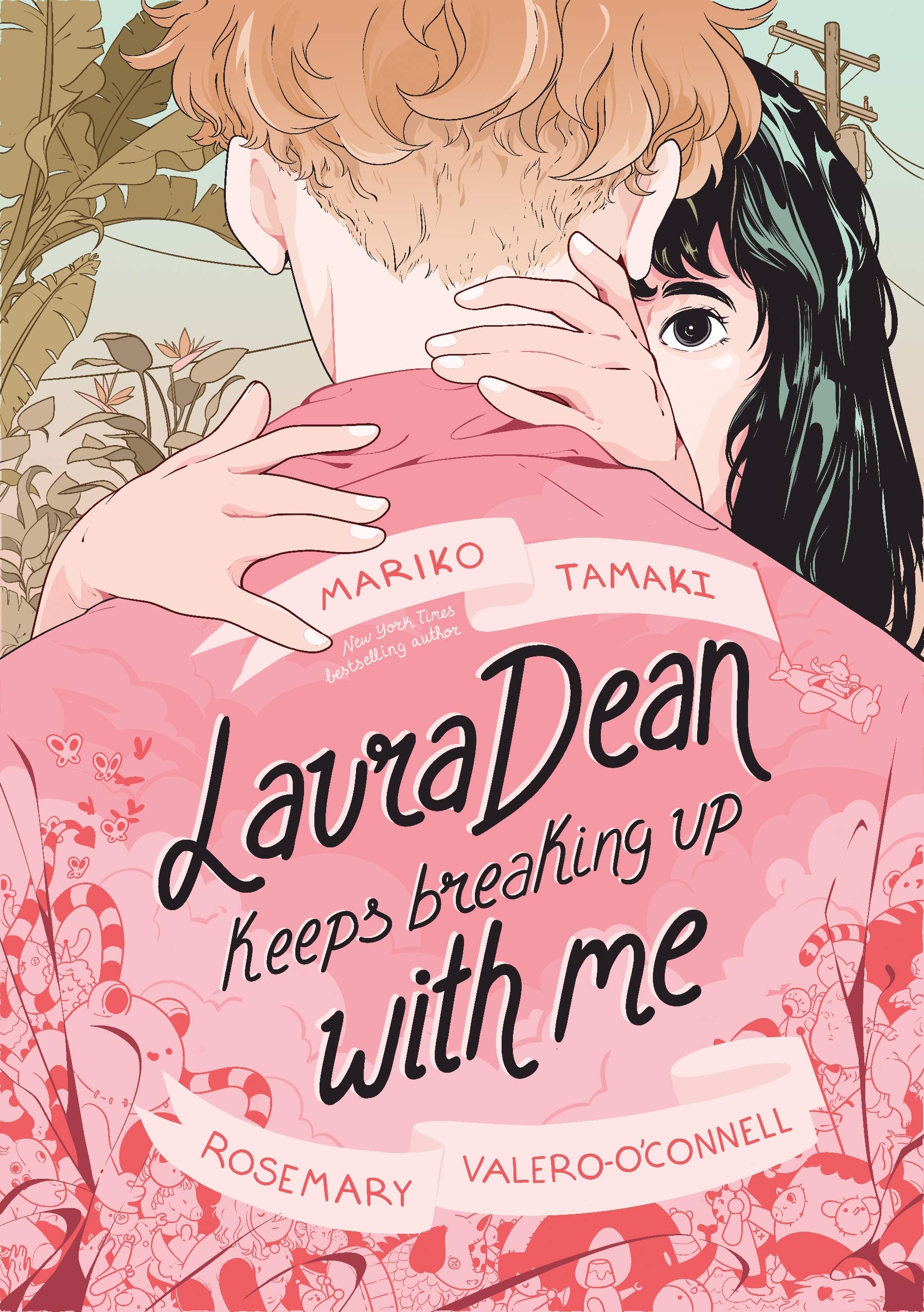 Laura Dean Keeps Breaking up With Me