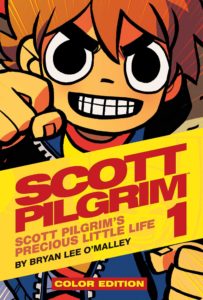 “Scott Pilgrim, a dopey but lovable 23-year-old slacker and bassist for struggling Toronto band Sex Bob-omb, was dating Knives Chau (17 years old) until he fell for Ramona Flowers, a mysterious American delivery girl. Only after breaking up with Knives (who still loves him) did he discover that he would have to defeat Ramona’s seven evil ex-boyfriends to earn the right to date her. Fortunately, Scott is the best fighter in the province. In the fourth manga-sized volume of this hugely winning series, nominated for three Harvey Awards and one Eisner, Scott has to get a job, decide whether to tell Ramona he loves her, and battle not only ex-boyfriend number four (who turns out to be half-ninja and not a boy at all) but also Knives’s katana-wielding father, who is belatedly protecting his daughter’s honor. Scott’s ex-girlfriends keep showing up, too, complicating things further. O’Malley’s black-and-white artwork combines manga storytelling devices with cartoony American alt-comic character designs. It’s part relationship drama, part comedy, part martial-arts parody, and even part video game, with large doses of rock ‘n’ roll, science fiction, anime references, and fourth-wall breaking. Ranma 1/2 fans and most anyone else will have a blast. Highly recommended for mid-teens and up.” (Source: Library Journal. 133.1 (Jan. 1, 2008): p72)

“Scott Pilgrim is 23 years old, lives in a cold, unnamed Canadian town, plays bass in a band called Sex Bob-Omb and has a very cute 17-year-old Chinese-Canadian girlfriend, Knives Chau. His “precious little life” is amiably unstructured, and he drifts, happily unemployed, between band practice and time spent with Knives. His relationship with Knives is chaste—walks, chats and hugs—although Knives is getting bigger ideas. “We haven’t even held hands,” Scott explains. “It’s just nice, you know.” But then he starts having dreams about Ramona Flowers, a mysterious, equally cute and perfectly legal hipster chick on Rollerblades who delivers books for Amazon.com. Ramona is anything but simple, and O’Malley’s tale of adorable slackers in love is transformed into a wildly magically manga–kung fu fantasy adventure. We meet the first of Ramona’s seven evil ex-boyfriends, Matthew Patel, who challenges Scott and his band to a supernatural martial arts duel right out of Crouching Tiger, Hidden Dragon . O’Malley has crafted a delightfully hybrid comics love story. It’s an alt-lit, rock ‘n’ roll graphic novel with wonderful manga-influenced drawing and a comically mystical plot that manages to capture both the genuine intimacies and serial dishonesties of young love.” (Source: Publisher’s Weekly) 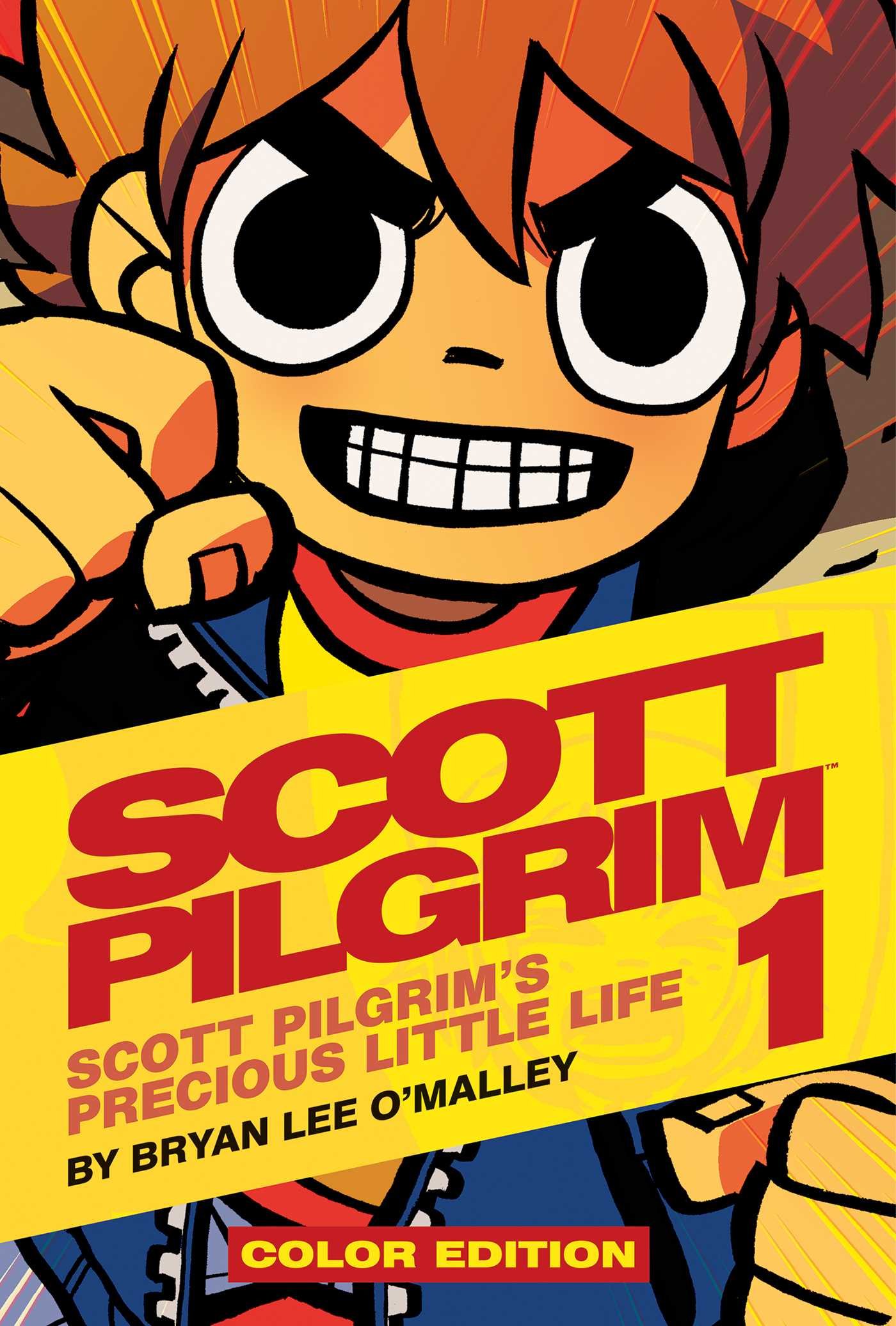 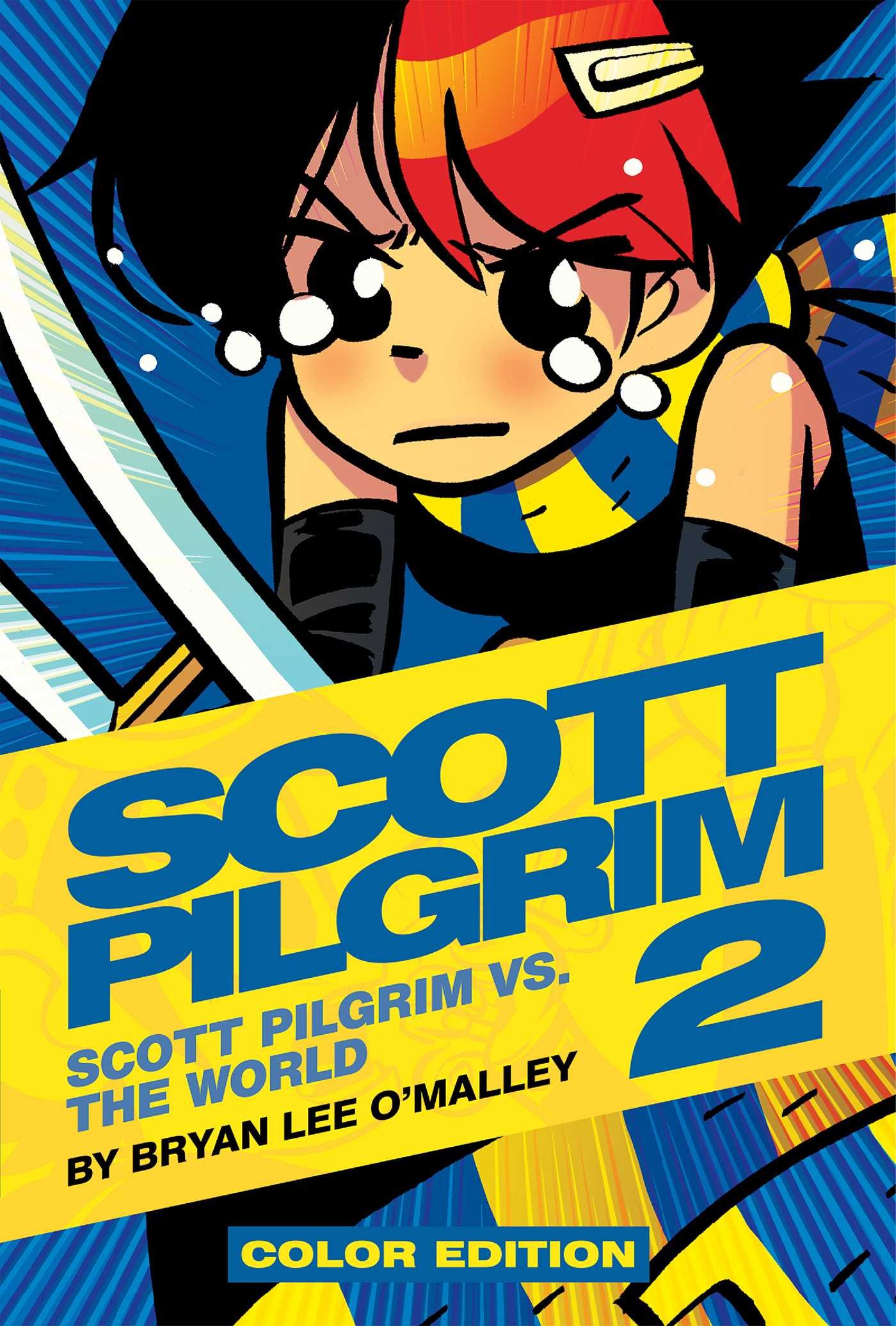 Does Scott and Ramona’s burgeoning relationship have a future? Isn’t Scott still supposedly dating Knives Chau? Who is Ramona’s second evil ex-boyfriend, and why is he in Toronto? Who are The Clash At Demonhead, and what kind of bizarre art-punky music do they play? Who’s their hot girl keyboardist, and what is Scott’s relation to her? Why are they Knives Chau’s new favourite band? Fights! Drama! Secrets revealed! The answers to all these questions and more! 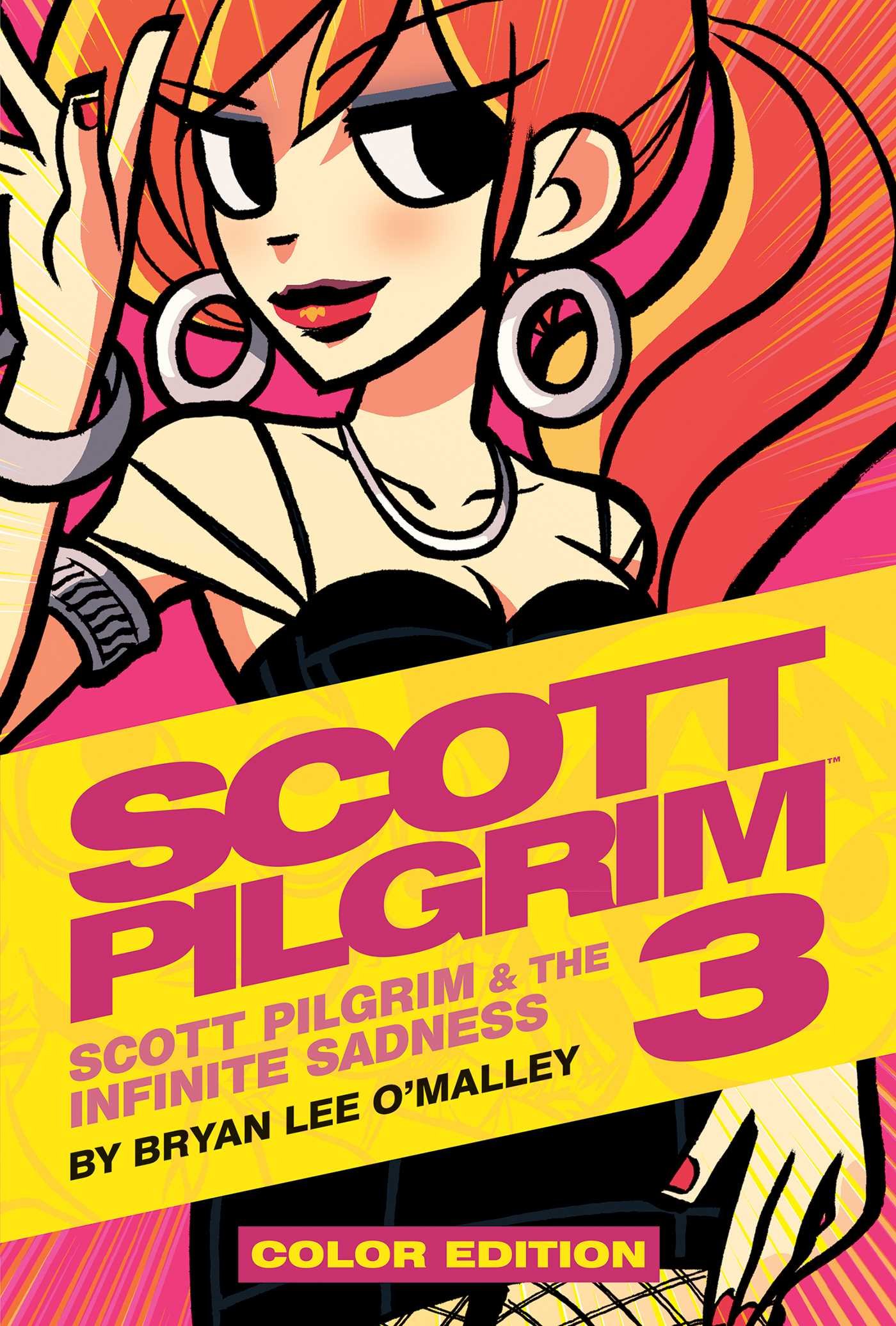 Ramona’s 3rd evil ex-boyfriend, Todd Ingram, is currently dating the former love of Scott Pilgrim’s life! Envy Adams broke Scott’s heart a year and a half ago. Now she and her evil art-rock band are back, and they’re getting Scott’s band to open a show two days from now! That’s just enough time for Scott to fight Todd, keep Ramona happy, fend off demented ex-girlfriends, and practice that new setlist. Right?? 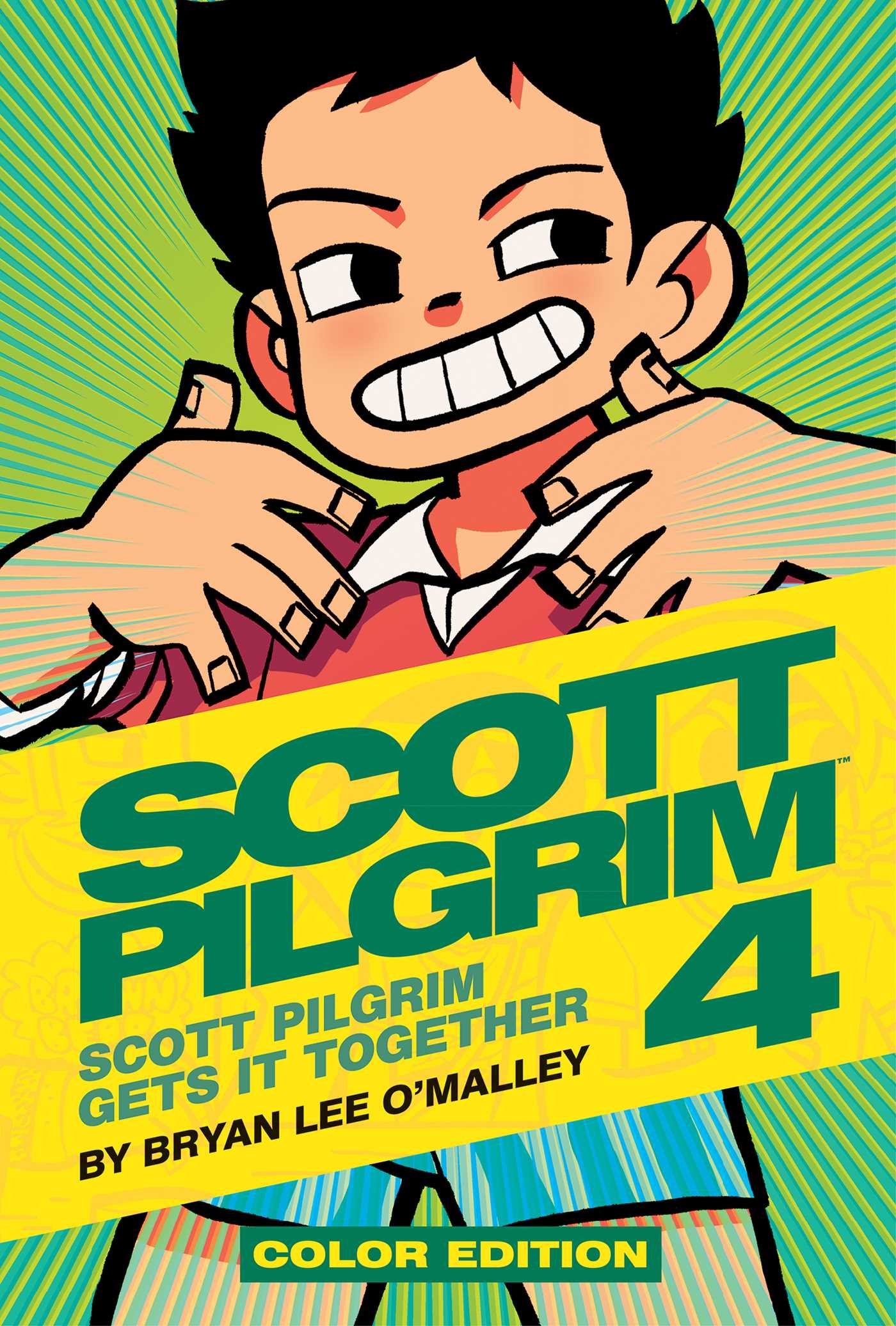 A couple months have passed since we last caught up with Scott, but what could change in a few months? Well, not much has. He’s still living with Wallace and playing in a band. Most importantly, he’s still dating the lovely Ramona and dealing with the gaggle of superpowered, superstylish, superevil ex-boyfriends determined to take him down. But something *is* different. Don’t look now, but Scott might actually be getting it together, just in time to confront Ramona’s most intimidating ex yet! 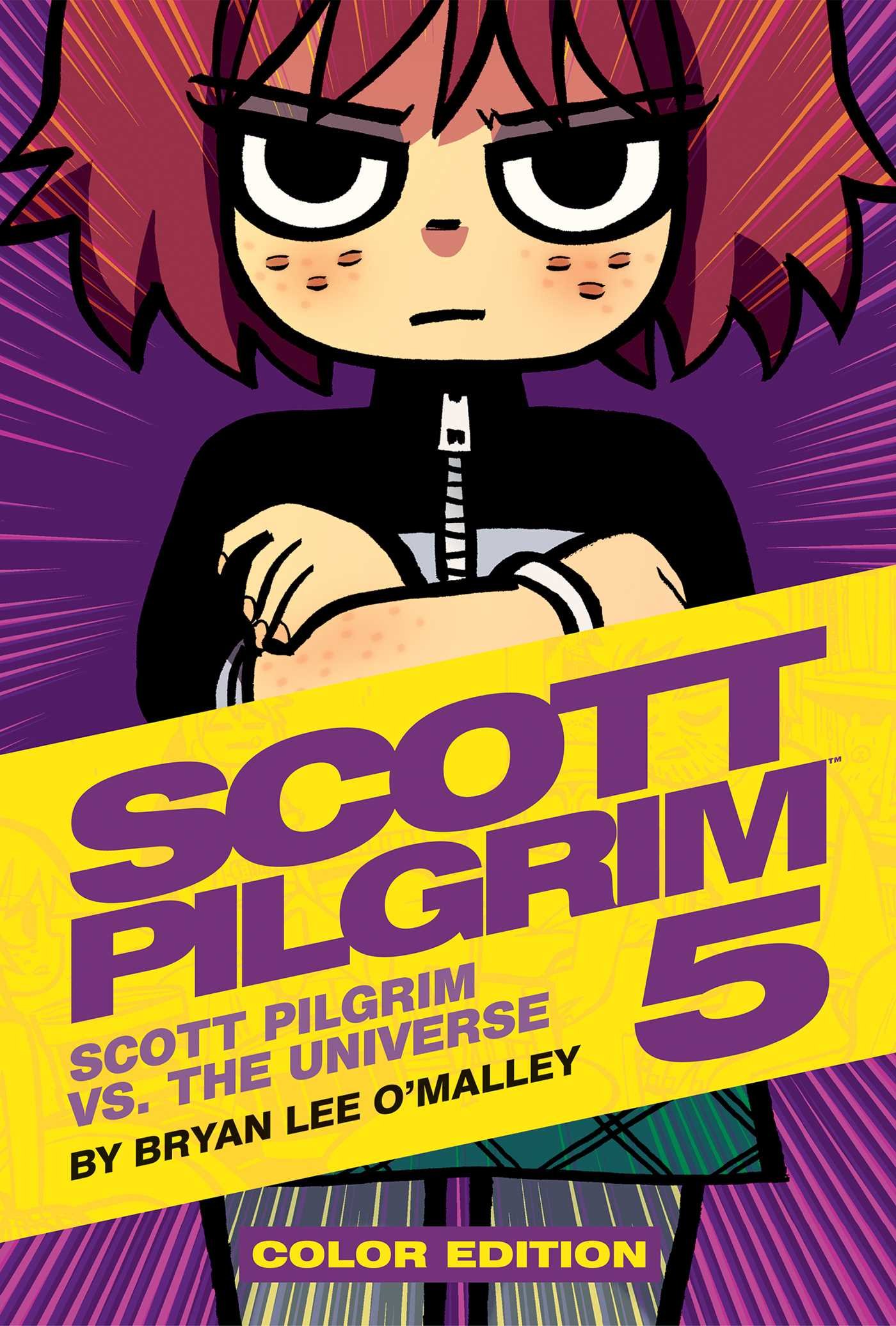 Scott Pilgrim is at the top of his game: he just turned 24, he moved in with the girl of his dreams, and he defeated at least half of The League of Ramona’s Evil Exes. But life at the top is treacherous and if things can’t possibly get any better for Scott, it means they can only get infinitely worse! Scott’s band is in total turmoil, his own exes have all boarded the train to crazy town, and Ramona’s evil exes have started appearing in pairs! And what’s up with Ramona, anyway? She’s been acting kinda weird ever since she and Scott moved in together. It’s the second-to-last volume of the Scott Pilgrim series and it looks like Scott’s precious little life has come back around to bite him in the butt! 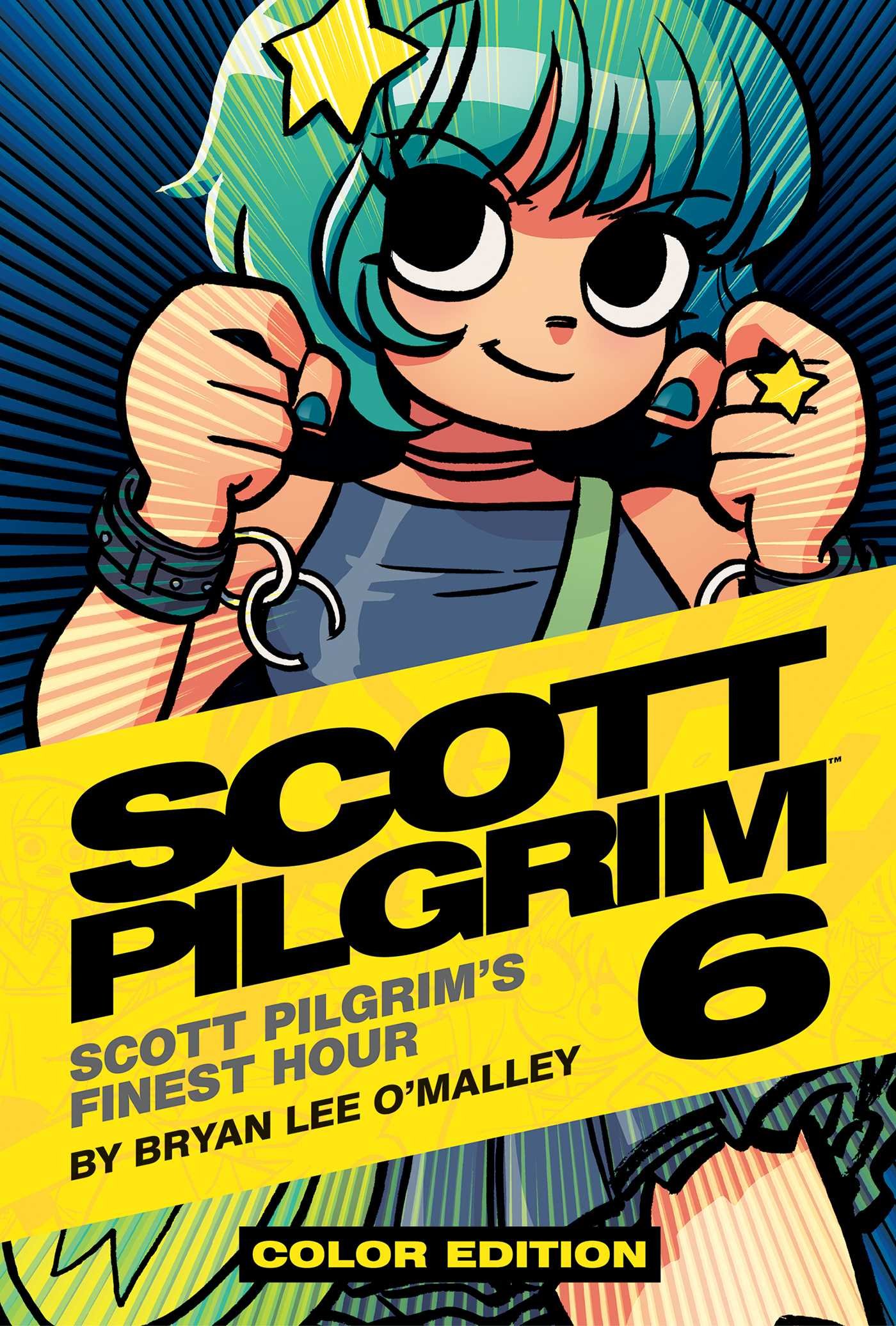 With six of Ramona’s seven evil exes dispatched, it should be time for Scott Pilgrim to face Gideon Graves, the biggest and baddest of her former beaus. But didn’t Ramona take off at the end of Book 5? Shouldn’t that let Scott off the hook? Maybe it should, maybe it shouldn’t, but one thing is for certain—all of this has been building to Scott Pilgrim’s Finest Hour!