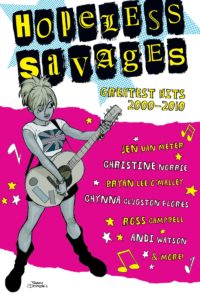 Family ties are the earliest ties that bind, setting the tone for the paths we will take in our future. So what if your father is Dirk Hopeless and your mother Nikki Savage, a superstar couple from the days of punk rock? When you’re born a rebel, what can you possibly do to make yourself stand apart? For Rat Hopeless-Savage, the answer is to leave home and become a normal citizen with a nine-to-five job!

Starred review: “After their career as punk rockers, Dirk Hopeless and his wife, Nikki Savage, attempted something truly edgy–raising kids in the suburbs. As their youngest daughter, Zero, navigates the dangerous waters of high school, readers are taken into the home of a family that is all too ordinary, despite reality-TV crews, kidnappings, and international espionage. Together with older brothers Rat and Twitch and big sister Arsenal, Zero discovers that family–like a band–is strongest when it sticks together. Van Meter’s rocking graphic-novel trilogy is collected here into one omnibus edition. Humor, drama, and over-the-top action are combined in just the right amounts, with the action used to highlight the thoughtful subplots, which explore themes of relationship building, parental expectations, and rebellion against societal norms. Illustrated by a host of hip and talented artists–including Bryan Lee O’Malley, Ross Campbell, Andi Watson, and Chynna Clugston Flores–and with only comic violence, mild swearing, and no sex, Hopeless Savages is a terrific choice for both adult and teen graphic-novel collections.” (Source: The Booklist, Vol.107(12), p.63)

“An Osbournes for manga readers, this is a fun, breezy series about a family sired by once-hip rock ‘n’ rollers Dirk Hopeless and Nikki Savage. Their 16-year-old daughter, Zero, is the focus of this second collection in the series. She’s in a funk—school is a drag; her entire family is being filmed for the Behind the Music stand-in, Fame and Shame; and she’s out of luck with boys. Zero is a likably surly punk rock kid, complete with her own vocabulary of slang, a band and a bad temper. She soon meets Ginger Kincaid, a square, MIT-bound science student, and falls head over heels. Misunderstandings right out of a 1980s teen movie ensue: Zero has a falling-out with her mom and then makes up; her brother has relationship difficulties with his boyfriend; meanwhile, the Fame and Shame cameras are rolling to catch it all. This is an intelligent comic for teens: seemingly aimed at a high school MTV crowd, it doesn’t condescend to its audience, instead treating Zero’s emotional turmoil with sympathy and even insight. It occasionally suffers from excessive cuteness—the family name is a dead giveaway for the series’ high level of saccharine—but that’s offset by witty dialogue, swift pacing and the dynamic, manga-inspired b&w artwork.” (Source: Publishers Weekly) 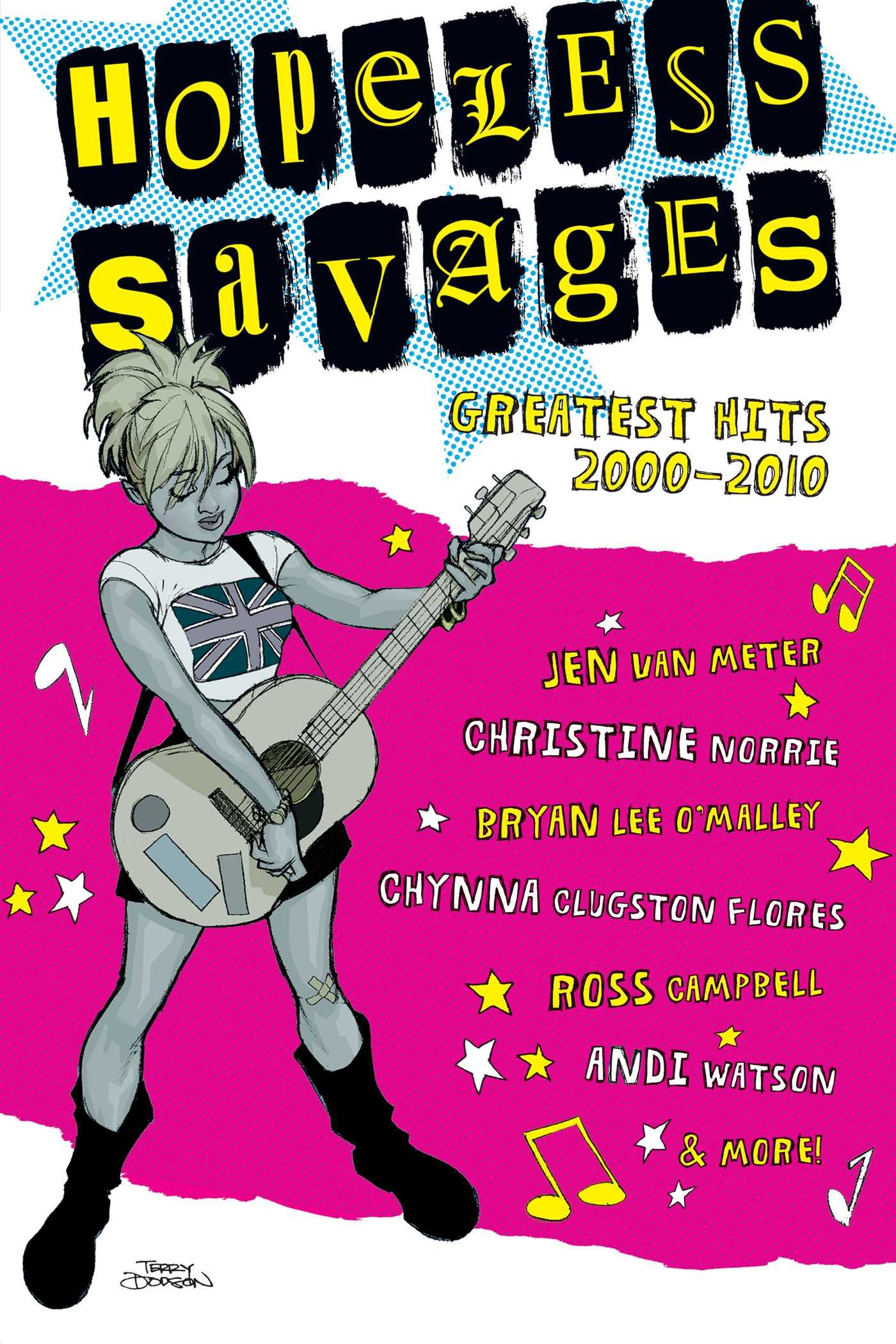 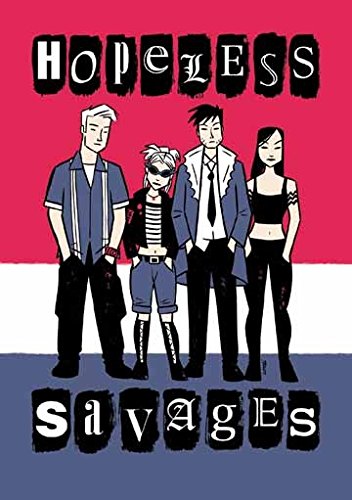 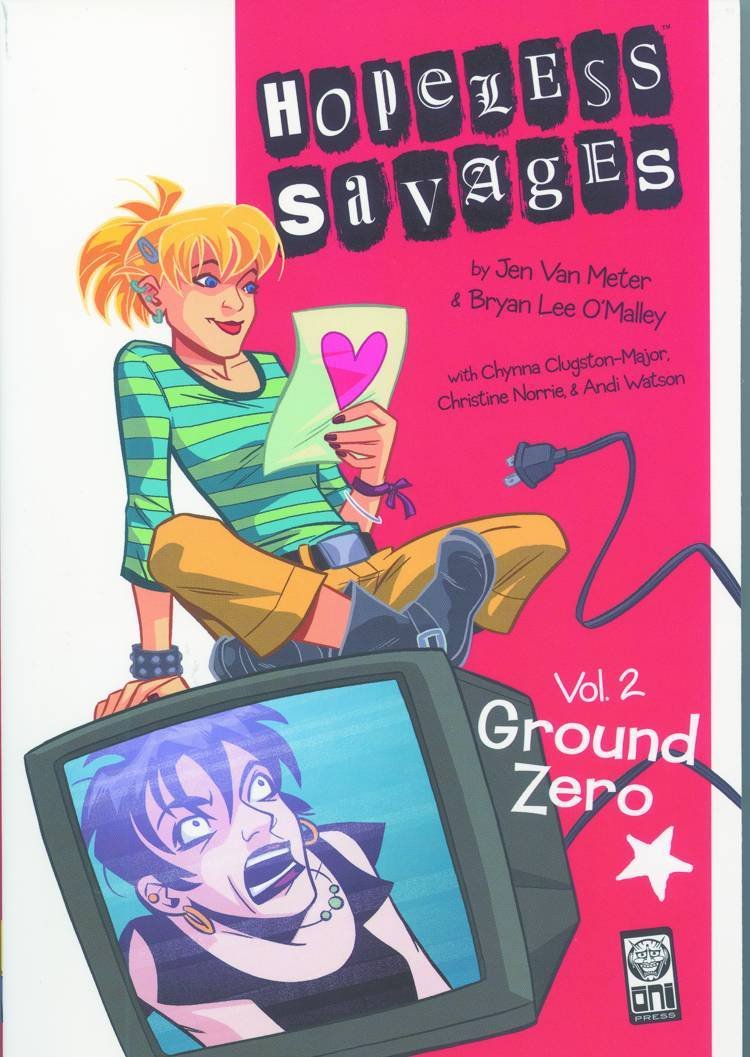 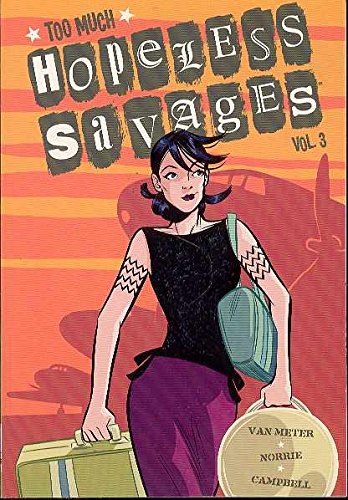 Collects Too Much Hopeless Savages! #1-4. 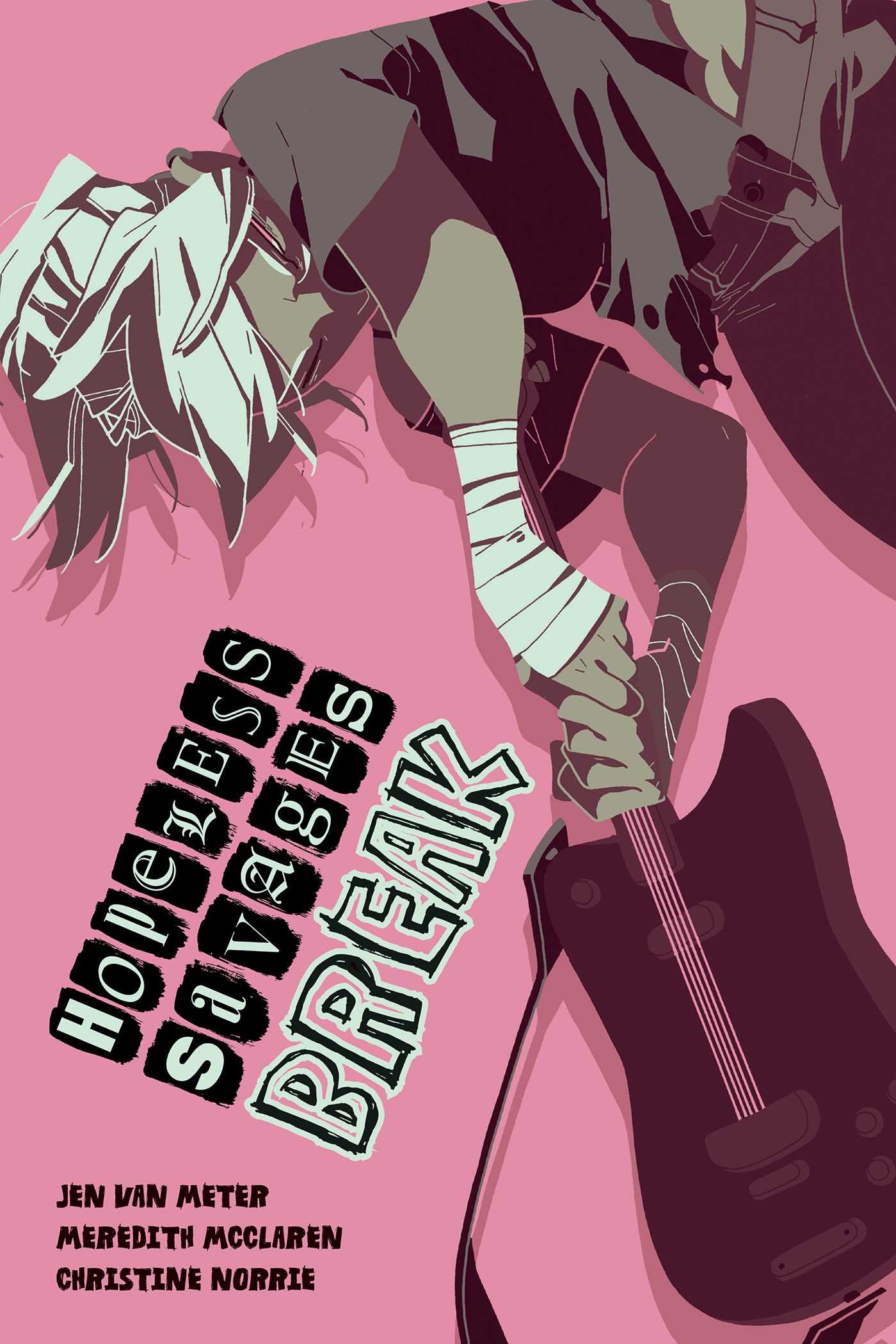 Zero’s in college (and hating it), though a tour with the Dusted Bunnies promises to rejuvenate her spirits — at least, that’s what she’s telling her therapist. But a rival band threatens to end the tour early, and without her family, Zero’s in no position to fight back. Meanwhile, the rest of the Hopeless-Savages are dealing with their own problems, including babies, contracts, and drug addictions. But if there’s one family who can pull it all off, it’s this one.