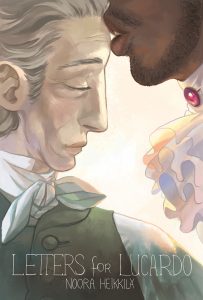 Ed Fiedler is a common man.

61 years old and employed as a scribe in a royal palace, his most regular client is Lucardo von Gishaupt, a forever-young aristocrat . . . and member of the mysterious and revered Night Court. When the eternally 33-year-old Lucardo and the aging Ed develop feelings for one another, both are forced to contend with the culture shock of a mortal man’s presence among the deathless, the perilous disapproval of the sitting Lord of the Night Court, and Ed’s own ever-present mortality, threatening to bring an end to their romance in the blink of an everlasting eye.

Blood is depicted and discussed.

“Though there’s certainly a lot of vampire comics out there, for the most part they lean more heavily on violence and mayhem, leveraging the visual elements to create horror and gore. Letters For Lucardo (Iron Circus Comics) focuses more on the ramifications of immortality—closer to Interview With The Vampire than 30 Days Of Night or Twilight. Writer and artist Otava Heikkilä created a story that’s full of unexpectedly emotional and sympathetic characters, building a world and a cast that’s evocative and fascinating. The titular Lucardo is a centuries-old vampire who was turned in his early 30s, handsome and good humored, if a little feckless given his relative indestructibility and his noble position. Heikkilä’s storytelling is paced slowly enough that it takes some time to unfold Lucardo’s story, which leaves the slender graphic novel feeling weighty for how small it is.” (Source: The AV Club) 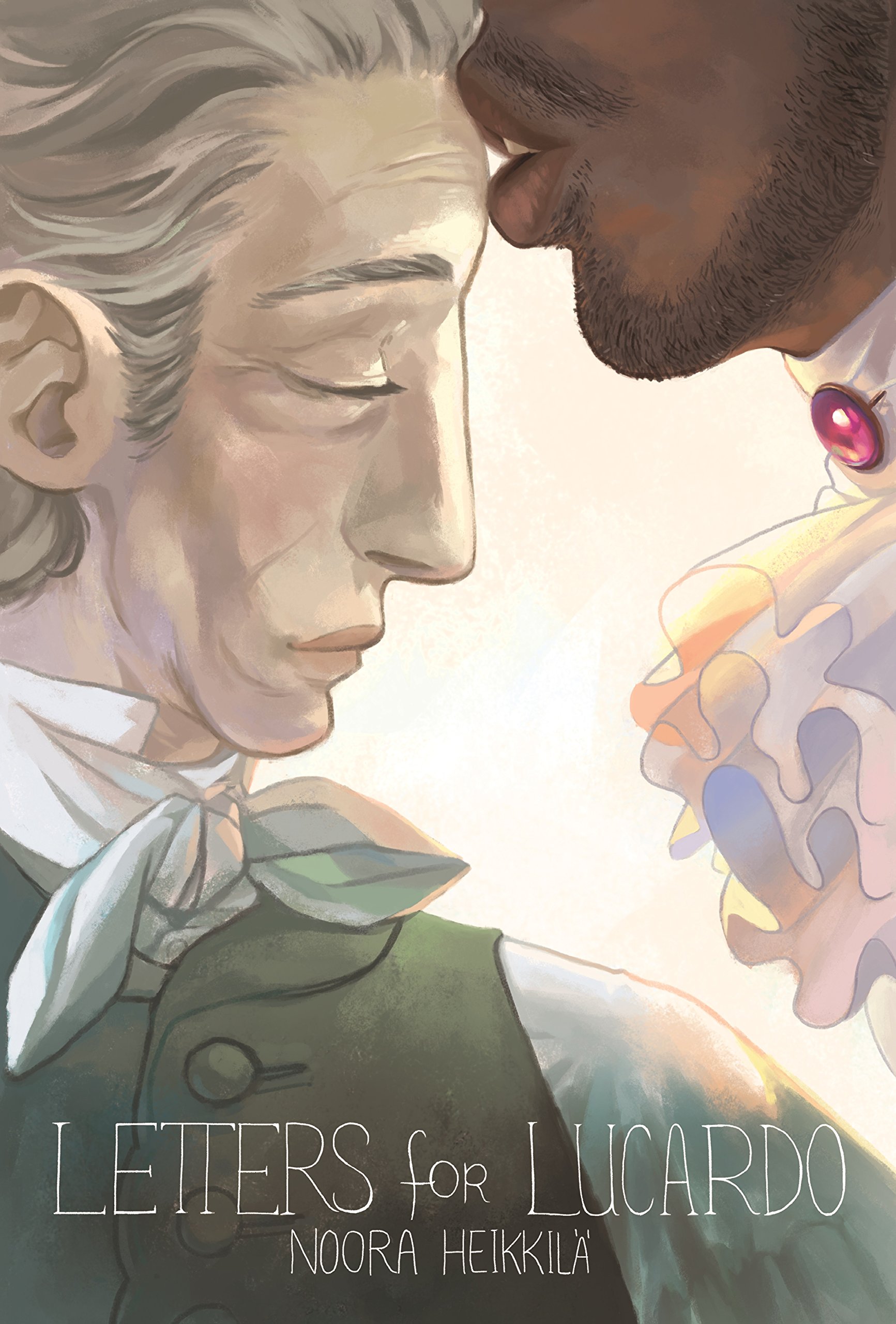 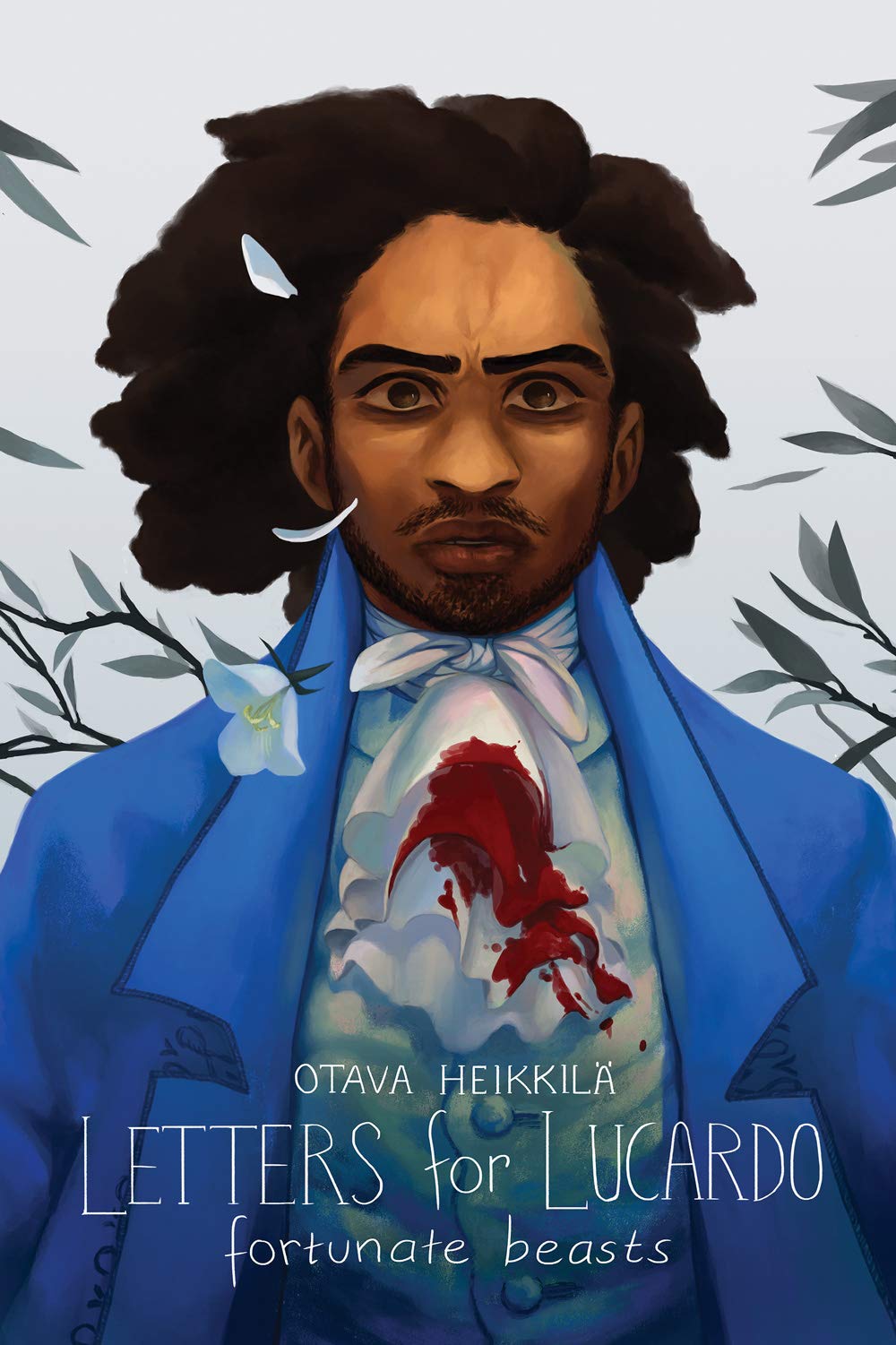 In this volume, an uprooted Ed is forced to seek safety among his own kind, and Lucardo is enraged by his powerful and persuasive father’s interference. But can they really be kept apart for long? And what will it take to bring Edmund back under Lucardo’s protection?