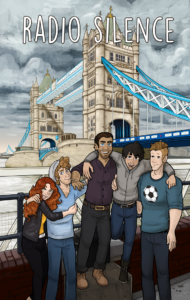 Hitting the road on a journey of self discovery and acceptance, this coming-of-age tale gives a backstage look at friendships and the plights of fame as experienced by a modern British rock band.

On the fast track toward fame, the five members of the fictional British rock band, Radio Silence, enter into an exciting new life on the road with their best friends. As they tour across the United Kingdom, they excitedly embrace this new lifestyle and all the resulting challenges, including living in close quarters with each other with little privacy, and the overwhelming reaction of the public to their new-found success.

Per the “About” page on the site, “This comic explores mature themes, such as domestic abuse, self harm, sexism, sexuality, neglect, and life threatening medical conditions. It will also contain swearing and the occasional sexual themes, albeit avoiding being explicit.”

“Radio Silence is written and illustrated by Canadian artist/animator/crafter Vanessa Stefaniuk, and, in addition to a peek behind the curtain at the less-than-glamorous life of a rock band on the road, the web comic also feels like an exploration of friendship and those who share a creative passion. So far, Stefaniuk’s story has followed the formation of the band, the acquiring of an agent, and their first steps towards fame and fortune.

Stefaniuk writes with a blend of comedic wit and coming-of-age-flavored drama peppered with geeky pop culture references, and with Radio Silence she weaves a very modern and progressive tale in a rock band wrapper. The cast of characters is also quite diverse (Stefaniuk even includes an introvert!), charismatic, and layered. Stefaniuk also makes full use of her web-based medium by interacting with her readers via the comment section on each page and posting suggested musical selections to enhance the reading experience.” (Source: Fanbase Press)

ComicsAlliance: “Vanessa Stefaniuk Takes Us Backstage with the Band for ‘Radio Silence’” 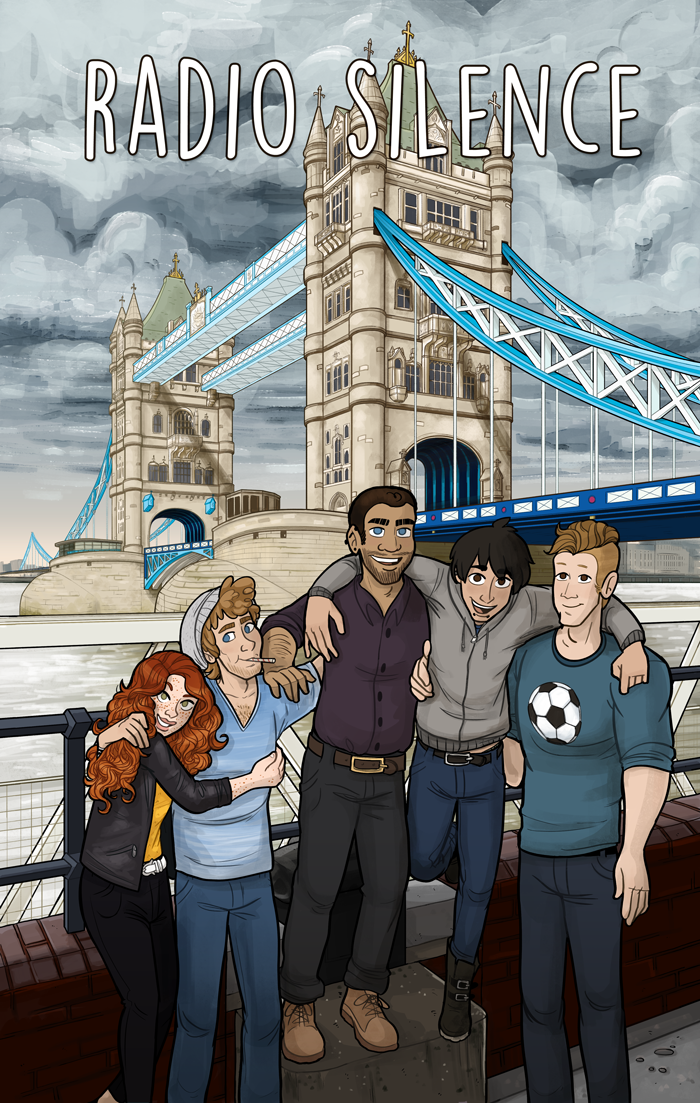 Available through the creator’s Etsy.