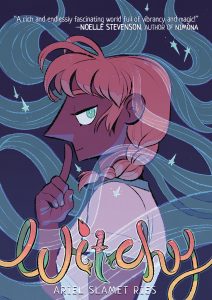 In the witch kingdom Hyalin, the strength of your magic is determined by the length of your hair. Those that are strong enough are conscripted by the Witch Guard, who enforce the law in peacetime and protect the land during war. However, those with hair judged too long are pronounced enemies of the kingdom, and annihilated. This is called a witch burning.

Witchy is an ongoing webcomic about the young witch Nyneve, who is haunted by the death of her father and the threat the Witch Guard poses to her own life. When conscription rolls around, Nyneve has a choice to make; join the institution complicit in her father’s death, or stand up for her ideals?

Characters ethnicities are not referred to in the comic, but have been confirmed by the creator on her Tumblr. Witchy contains references to mild transphobia / misgendering, and insinuations of suicidal ideation. There is minor non-sexual nudity.

Chapters 1-3 of Witchy were published with updated art as a graphic novel by Lion Forge Comics in September 2019.

“You know that feeling when you find a new passion in life? Like a new book or movie or style of fashion or music that just blows your mind and it’s like the creator was just reading your mind? Like they created exactly the thing you had always been waiting for? Like how a bunch of us (me included) felt about Lumberjanes? That’s how I feel about the webcomic Witchy. I mentioned Witchy in my list of queer and trans women comic makers you can support, but I want to give more attention to it. Ariel Ries has created a webcomic with an amazingly original set of rules for magic and some really wonderful world building. She’s created a webcomic filled with witches of color. I mean, if you know me, you know that one of my main aesthetics is Femme Witch Coven, so this is right up my freaking alley. Basically, this is my new favorite webcomic.” (From: Autostraddle) 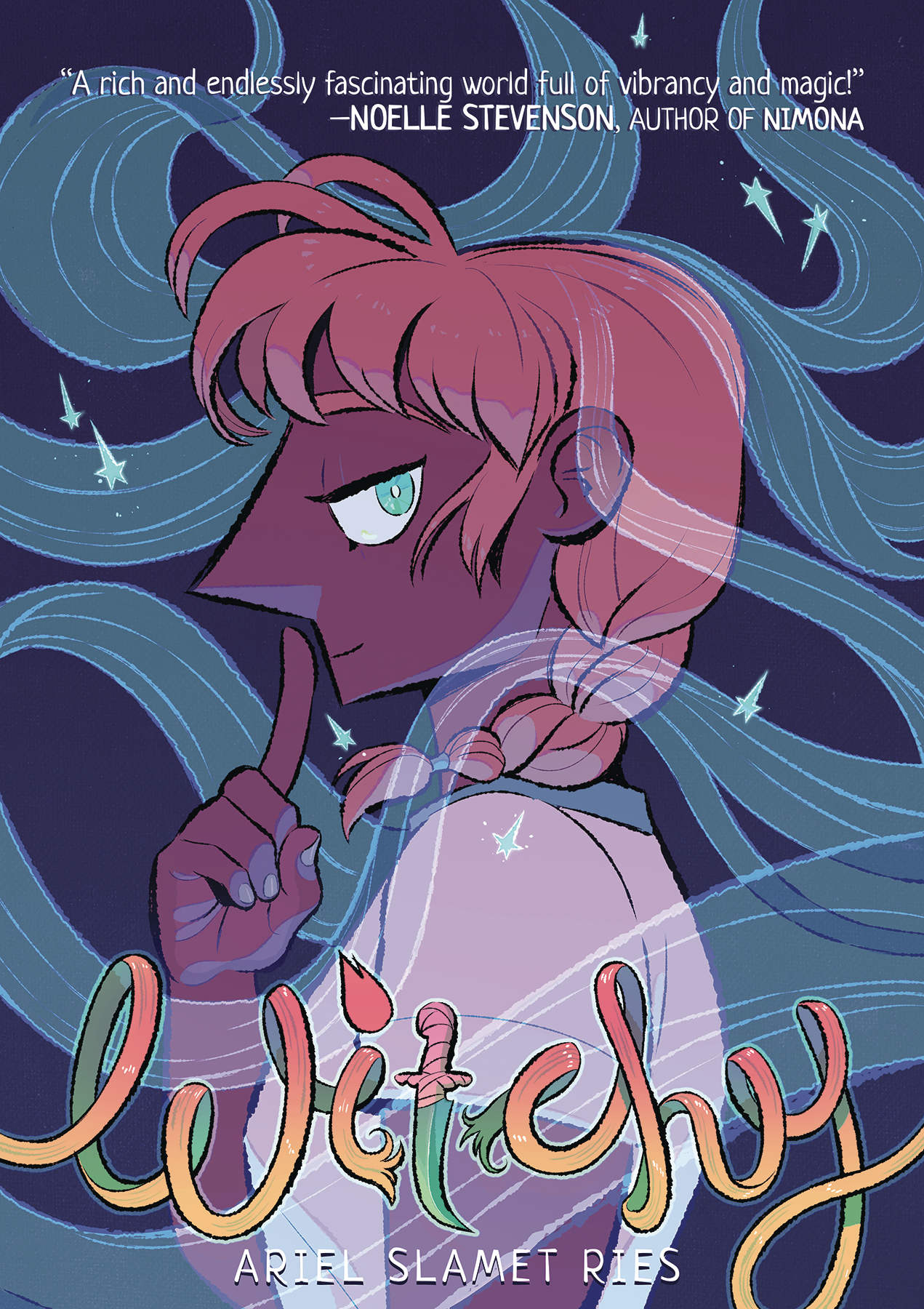