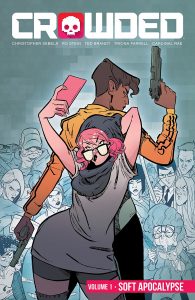 Ten minutes in the future, the world runs on an economy of job shares and apps—like Reaper, a platform for legal assassination. When the apparently average Charlie Ellison wakes up one day to find out she’s the target of a million dollar Reapr campaign, she hires Vita, the lowest rated bodyguard on the Dfend app. Now, with all of Los Angeles hunting Charlie, she and Vita will have to figure out who wants her dead, and why, before the campaign’s 30 days—or their lives—are over.

“Crowded‘s creative team has built a world that is very much of our time. Behind its cartoon-y aesthetic and bright pops of bubblegum color lies a morbidly humorous yet also indicting narrative tone. In between all the violent gun fights and the car chases come quiet moments where the characters and by extension, us, are forced to ask the question– how could the world slide so far? What has the dehumanization of our economy and our sense of community done to our morality? Is a world where everyone works twelve jobs and human life is worth little more than a button press one that we really want to live in?” (Source: Comics Beat)

“Vita and Charlie are engaging protagonists, if not particularly likable, and thus far the story seems to implicitly condemn the cutthroat world they live in without feeling like a preachy ‘millennials are killing common decency’ headline. It’s a story perfectly suited to today, a high-octane adventure that sits happily next to stories of Silicon Valley hopefuls reinventing things like busses and juice.” (Source: Women Write About Comics) 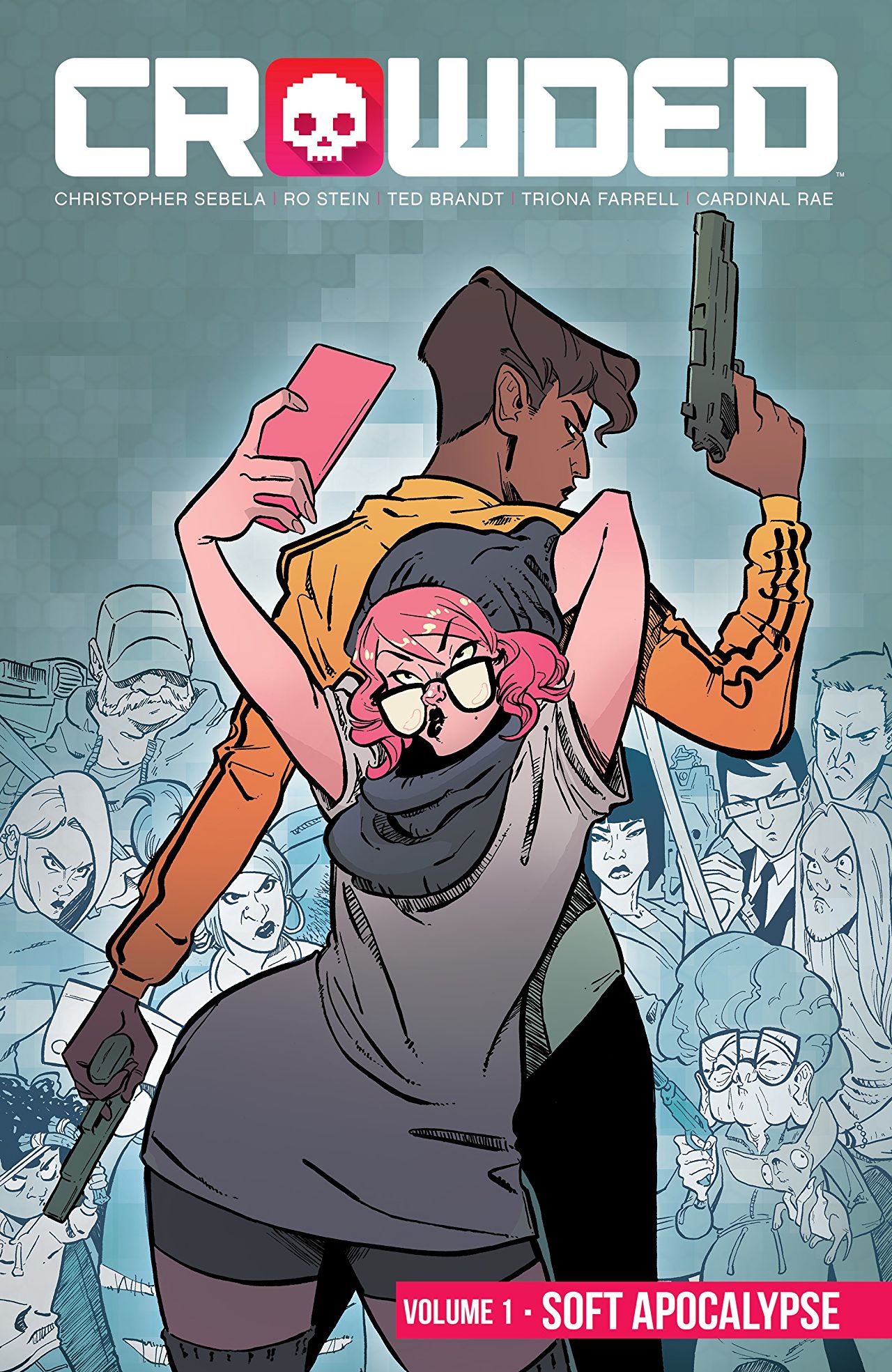