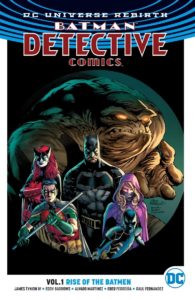 The Dark Knight teams up with Batwoman to take on new protégés Red Robin, Spoiler and the former villain known as Clayface! The only problem is, neither of these instructors knows what they’re in for as a mysterious army takes Gotham City!

This series is connected to Batwoman (2017), but can be read separately from it.

“James Tynion’s Detective Comics is clearly a far different beast from Tom King’s Batman or any other incarnation of Detective Comics in recent memory. It’s the ideal book for those who want to see Batman’s supporting cast receive the same love and attention as the Dark Knight himself.

Essentially, Detective Comics has evolved into an ensemble series where batman and Batwoman school a younger generation of heroes. Right away, Tynion makes the right choice by positioning Kate Kane as a peer to Bruce Wayne rather than a subordinate. She’s long since proven herself as a hero, and anything less would be demeaning, frankly. If anything, DC has really dropped the ball in recent years when it comes to exploring the relationship between Kate and her cousin, Bruce. Tynion quickly makes up for lost time in this issue, building a fun dynamic between the two and generally making Batwoman feel like a more active member of the Bat-family again.” (Source: IGN)

“One of the many things fans complained about that was missing from the New 52 were fan-favorite characters (and former Batgirls) like Stephanie Brown and Cassandra Cain. Another big complaint was the removal of Tim Drake from Batman’s inner circle, leaving barely any interaction between Tim and Bruce Wayne these past five years. Thankfully, James Tynion’s newly Rebirthed Detective Comics — now restored to its classic numbering issue #934 — seems to want to correct all those mistakes in one big gesture, and based on this issue, it seems to be working.

Detective might as well be called “Bat-Family” as the story starts with Batman saving Azrael from a Batman lookalike who beat him within an inch of his life. Bruce finds a drone on the scene, and realizes someone has been watching the various vigilantes in Gotham. So he recruits his cousin Kate Kane — better known as Batwoman — not to be his sidekick, but to help him train the next generation of vigilantes, to fight against whoever it is that is watching them. He admits to her that based on her military background, she’d be better at “bat boot camp” than he ever could.” (Source: Nerdist)

ComicsAlliance: “James Tynion pulls back the curtain on erasure and queer haircuts” 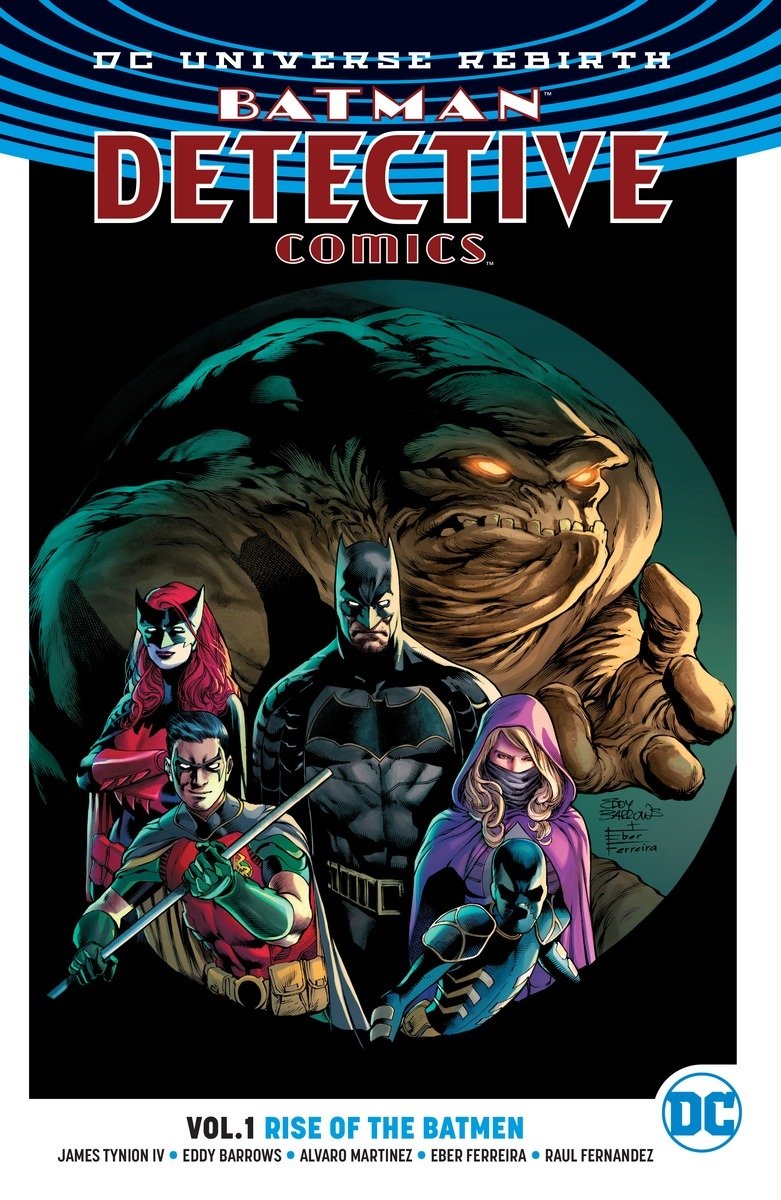 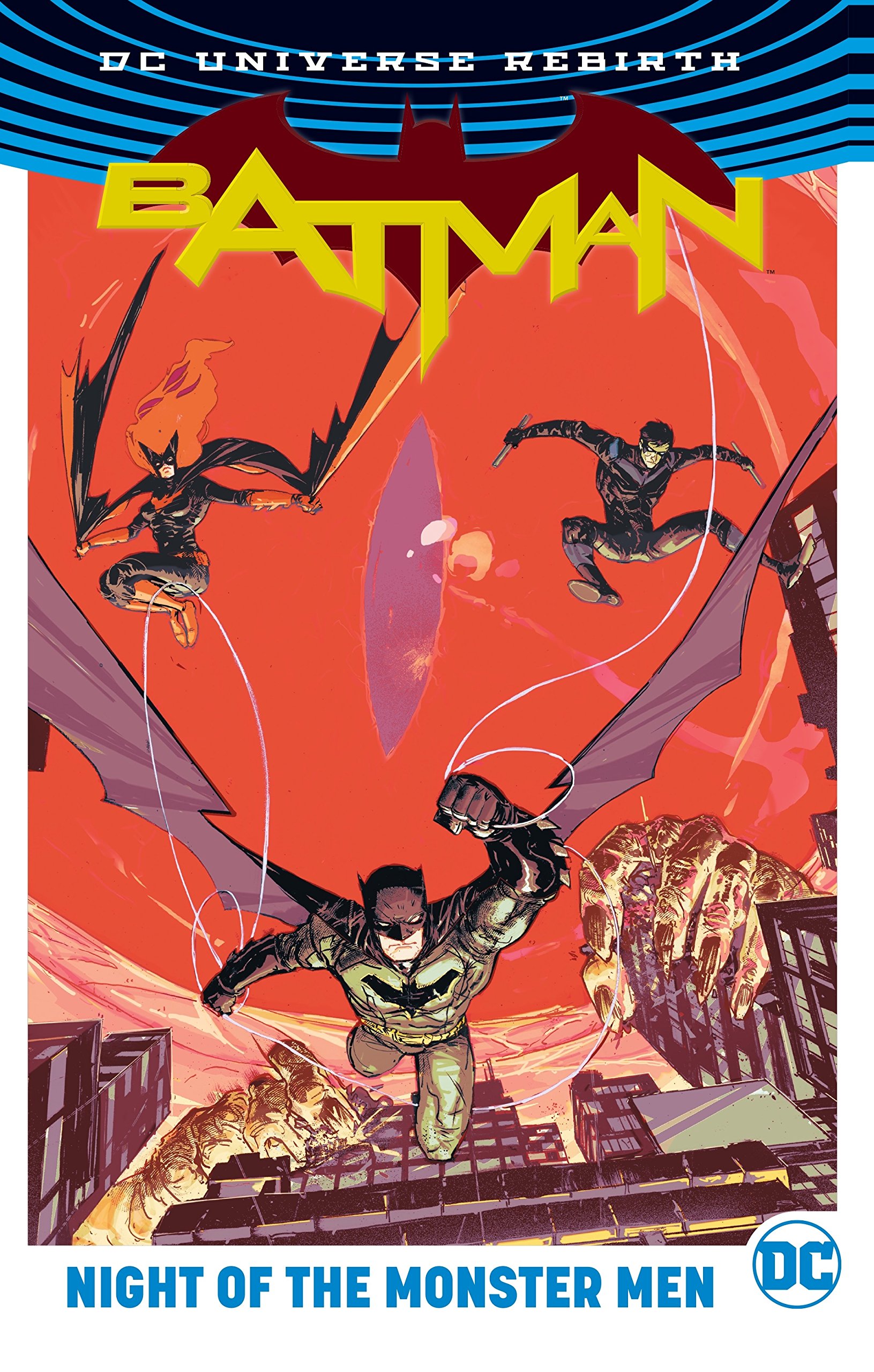 Batman: Night of the Monster Men

As a huge storm approaches Gotham City, Batman, Batwoman and Nightwing try and prepare for the worst, but nothing can prepare them for enormous monsters rampaging through the streets! Batman will need all of his allies to unite in order to stop these mad science monsters from tearing their city apart! Will the Dark Knight, Batwoman, Nightwing, Robin, Spoiler, Orphan and Clayface be enough? And who is the mastermind behind it all? Collects BATMAN #7-8, NIGHTWING #5-6 and DETECTIVE COMICS #941-942. 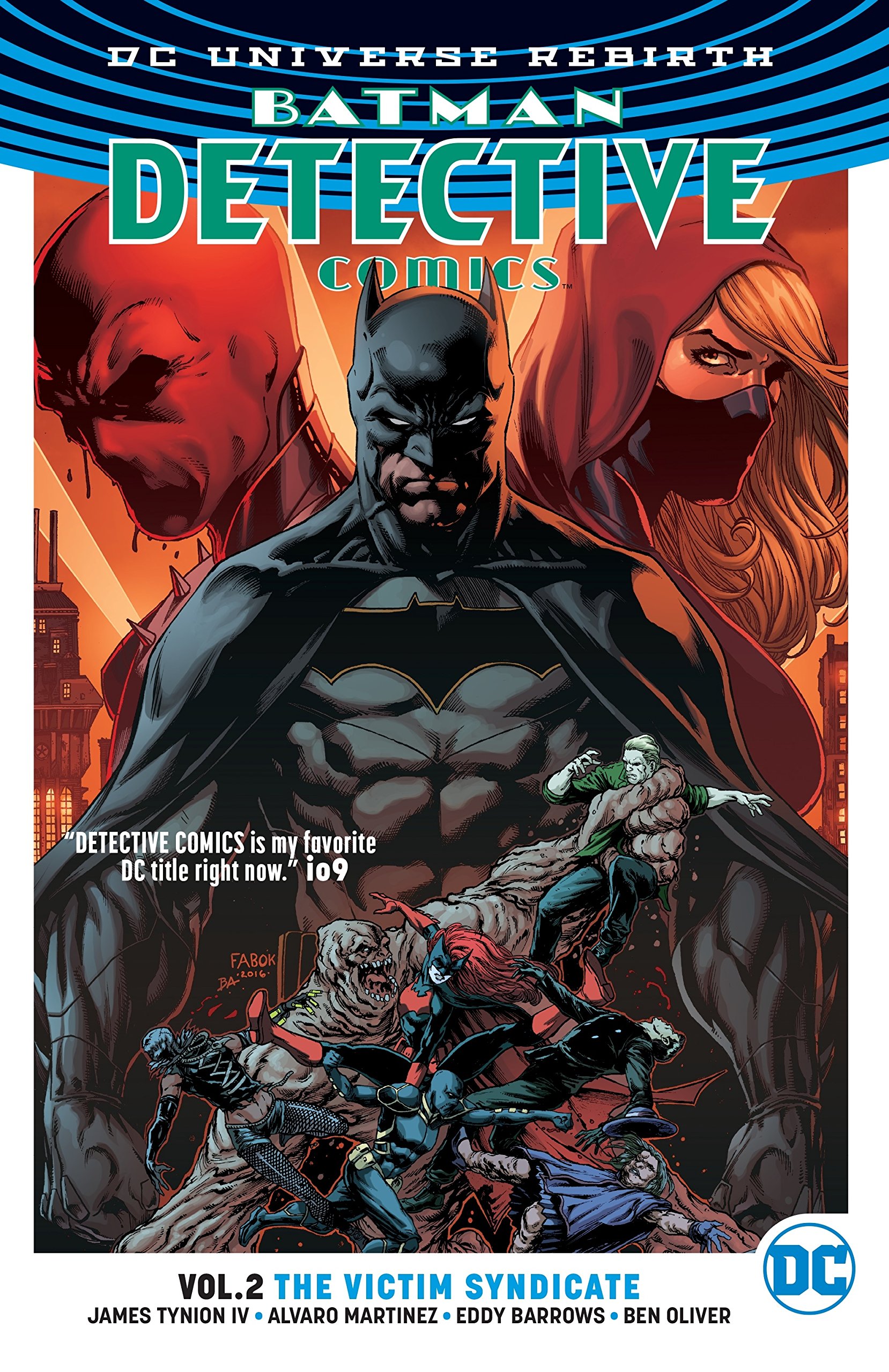 In these tales from DETECTIVE COMICS #943-949, innocent victims maimed or broken by Batman’s greatest enemies band together, and they blame Batman and his fellow crime-fighters for what happened to them just as much as they blame the psychopaths who hurt them. Batman and his newly trained allies must take on these troubled souls, but one of Batman’s teammates can’t help thinking they might have a point… 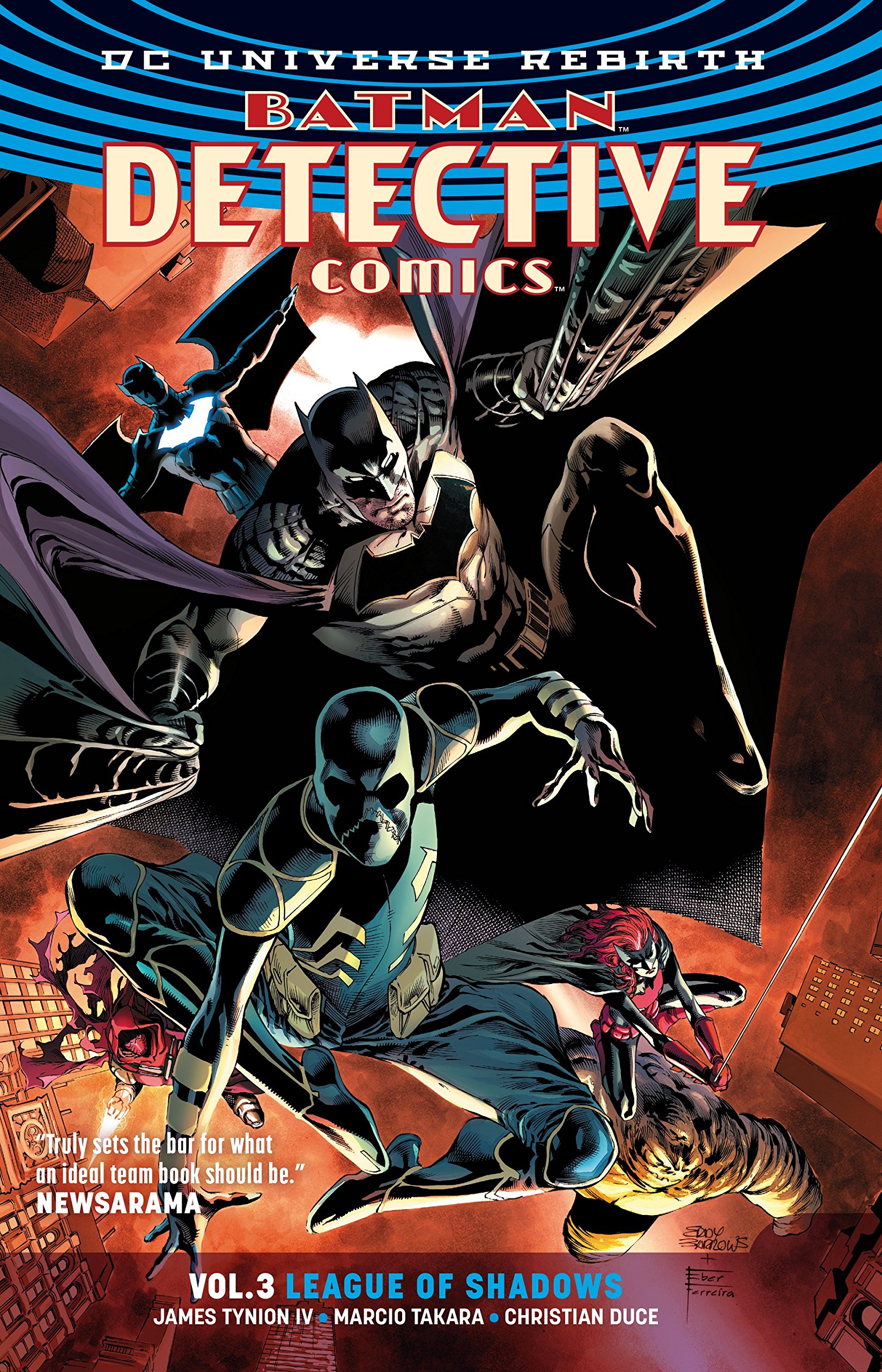 The next big DETECTIVE arc explodes here as the League of Shadows goes from mysterious rumor to deadly fact! With two new members on the team, Azrael and Batwing, will the Dark Knight’s squadron of crime-fighters be able to discover the League’s plan? And what deadly personal secret will be unleashed on the team? Don’t miss this title collecting DETECTIVE COMICS #950-956. 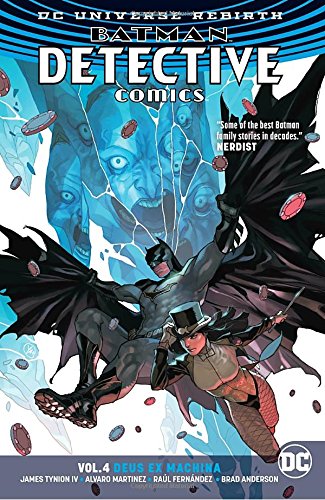 In these tales from DETECTIVE COMICS #957-962, Azrael and Zatanna join the ranks of Batman’s allies in Gotham City…unfortunately, someone from Azrael’s old home with the Order of St. Dumas has found him. The Order has unleashed a bizarre new evil on the world, and it’s convinced it must destroy Jean-Paul Valley!