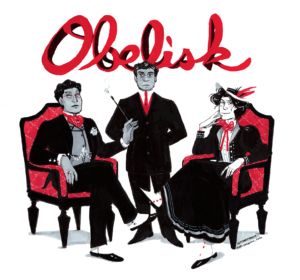 In 1908 New York City, Evelyn Reuter has taken over her late father’s business, and quickly discovers that his secrets go far deeper than she’d known. Following what little trail he left behind, Eve comes face to face with Margot, a mysterious shopkeeper who may not be entirely human.

“It’s New York in 1908, and Eve Reuter has just taken over her late father’s business. But as she starts digging into his business prospects, with the aid of his associates Martha and Alex, she learns that her father had some serious secrets. Eve goes looking for answers and instead she finds Margot, a mysterious curio shop owner. Eve eschews dresses for slacks and prefers working on her bicycle to embroidery. McCammon’s art is unlike anything else on this list. It’s simple and straightforward while old-timey and energetic. We haven’t actually met Margot yet in what’s been posted, but Evelyn is quirky enough to keep me coming back for more.” (Source: Tor.com)