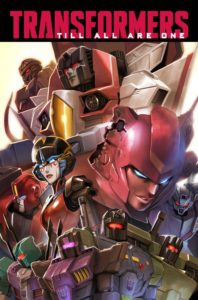 As Cybertron re-opens diplomatic relations with its former colonies, the newly minted Council of Worlds must struggle to maintain peace.

This series takes place in the aftermath of Transformers: More Than Meets the Eye. It also picks up plot threads that began in the Windblade miniseries. It can be read independent of either.

This series has a greater focus on political intrigue and action sequences than on the personal lives of its focal characters.

“After sticking the franchise in the middle of a war for decades, Transformers comics publisher IDW Entertainment put an end to the war and moved forward. The Transformers titles aren’t simple books with black-and-white morals anymore but complex, progressive stories. Getting a story similar to “Game of Thrones” or “Star Wars” wrapped up in a hard sci-fi angle is an allure which simply cannot be denied and when executed well can transcend the medium and subject matter, taking on a life of their own.” (Source: Multiversity Comics)

“Sara Pitre-Durocher is one of IDW’s most skilled artists, and she takes a very narrative heavy story and brings it to life with stunning effect. Every Transformer is full of emotion both in body language and a range of facial expressions that look more human than most humans. Her attention to detail is staggering as the chassis of every Transformer is painstaking re-created from one panel to the next without any loss of quality or image clarity. There is only a few panels of action sequences this issue and they take place inside the head of a dying Windblade, the hell-scape she battles in and her foe are extremely effective at painting the hopeless situation she is trapped in.” (Source: Outright Geekery)

Newsarama: “TILL ALL ARE ONE Will Be ‘The Most Human Of All TRANSFORMERS Books’“ 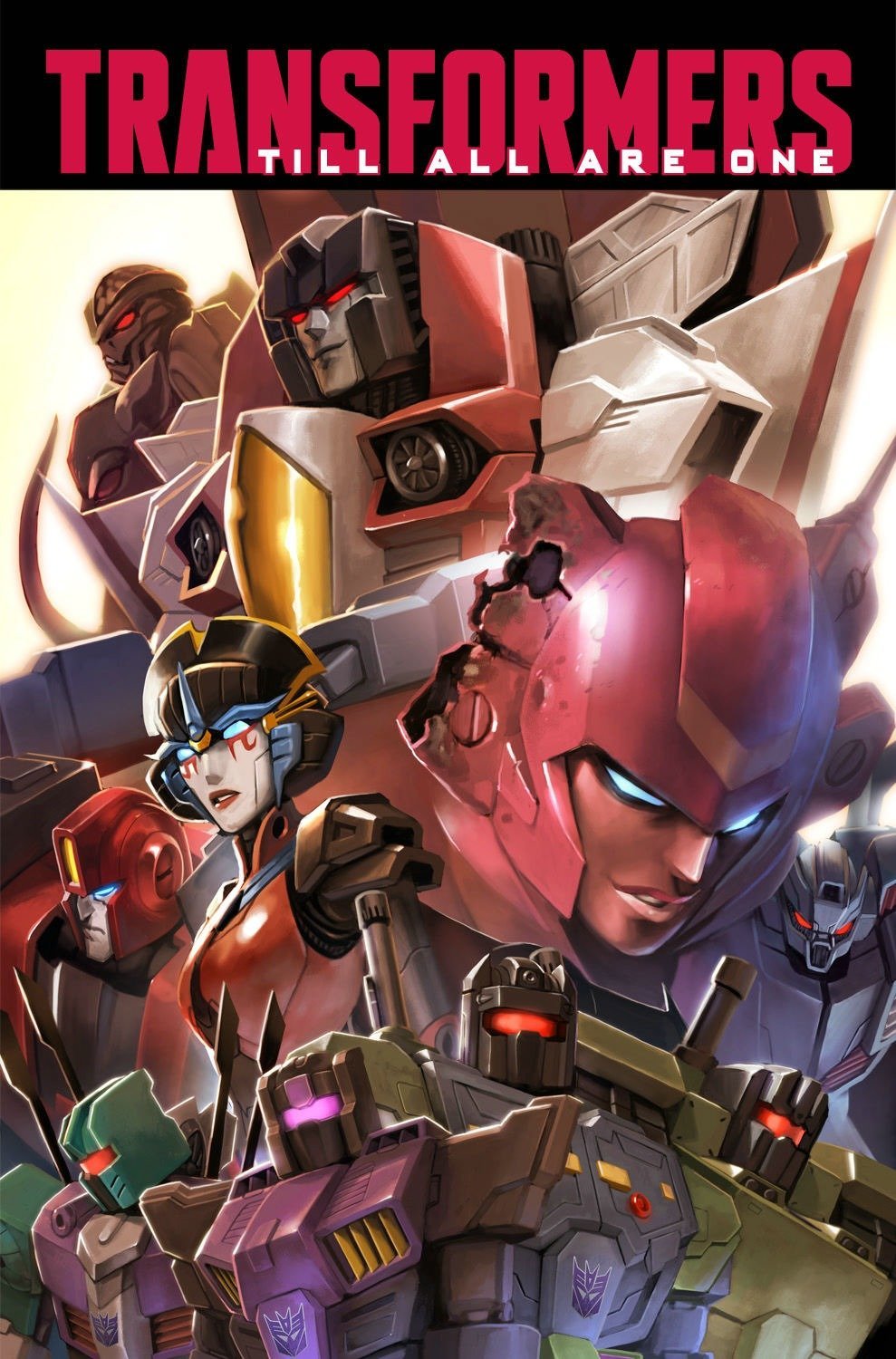 Transformers: Till All Are One, Vol. 1

Starscream rules Cybertron. He and Windblade vie for control of the Council of Worlds, each aligning themselves with as many long-lost colonies as they can. But Starscream’s secret police keep increasing the tension, destabilizing the fragile peace that has been established. Collects issues #1–4. 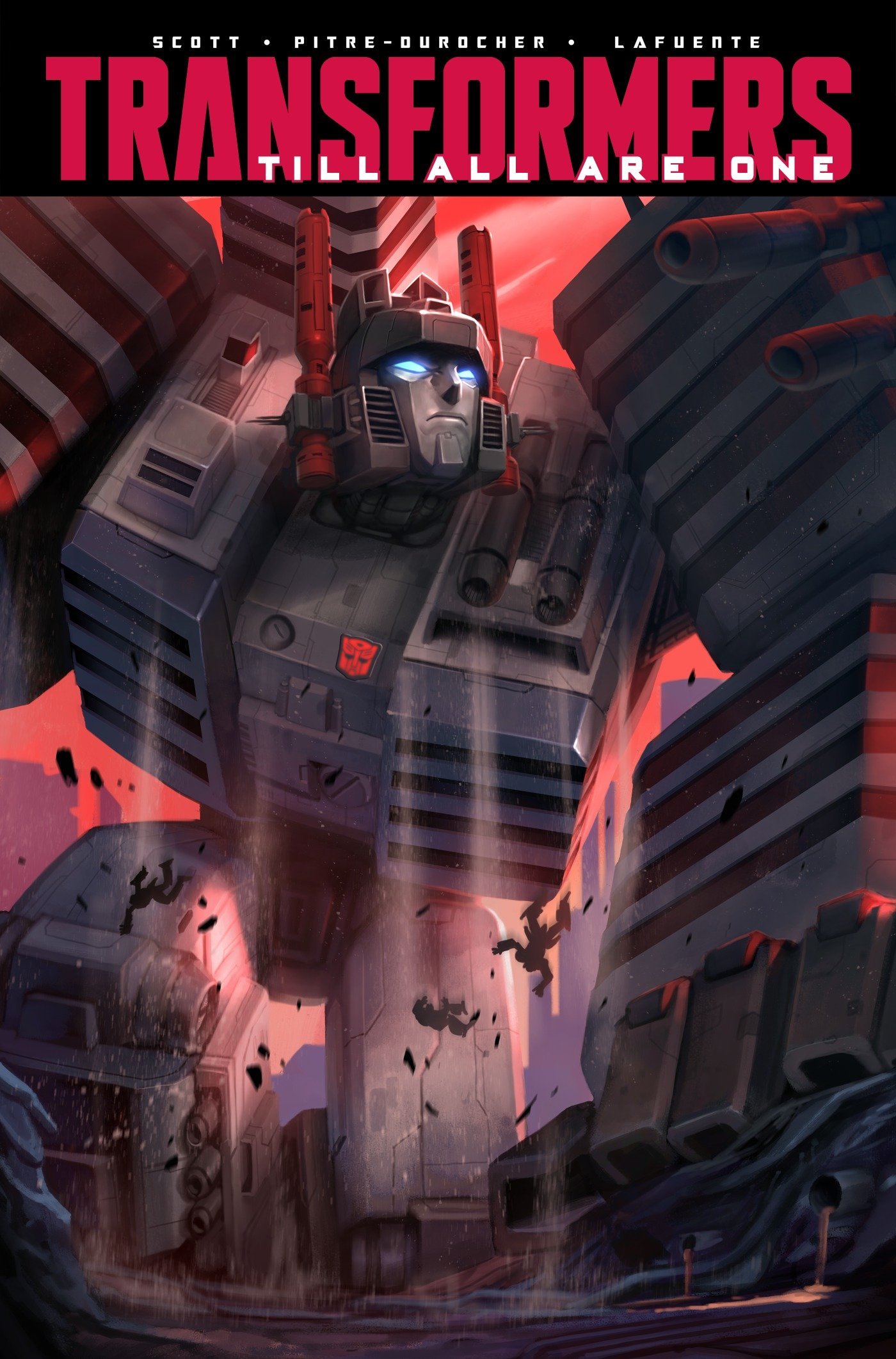 Transformers: Till All Are One, Vol. 2

Epic space-opera action continues as the dramatic TRANSFORMERS continuity leads on to new and explosive revelations! REVOLUTION is over but the danger isn’t! A wave of undead TITANS threatens CYBERTRON! STARSCREAM will need more than secret police to stop the oncoming horde, but our Fearless Leader finds himself short on friends and firepower. Who can be called upon-and why aren’t they stepping up to the plate? Collects issues #5-9. 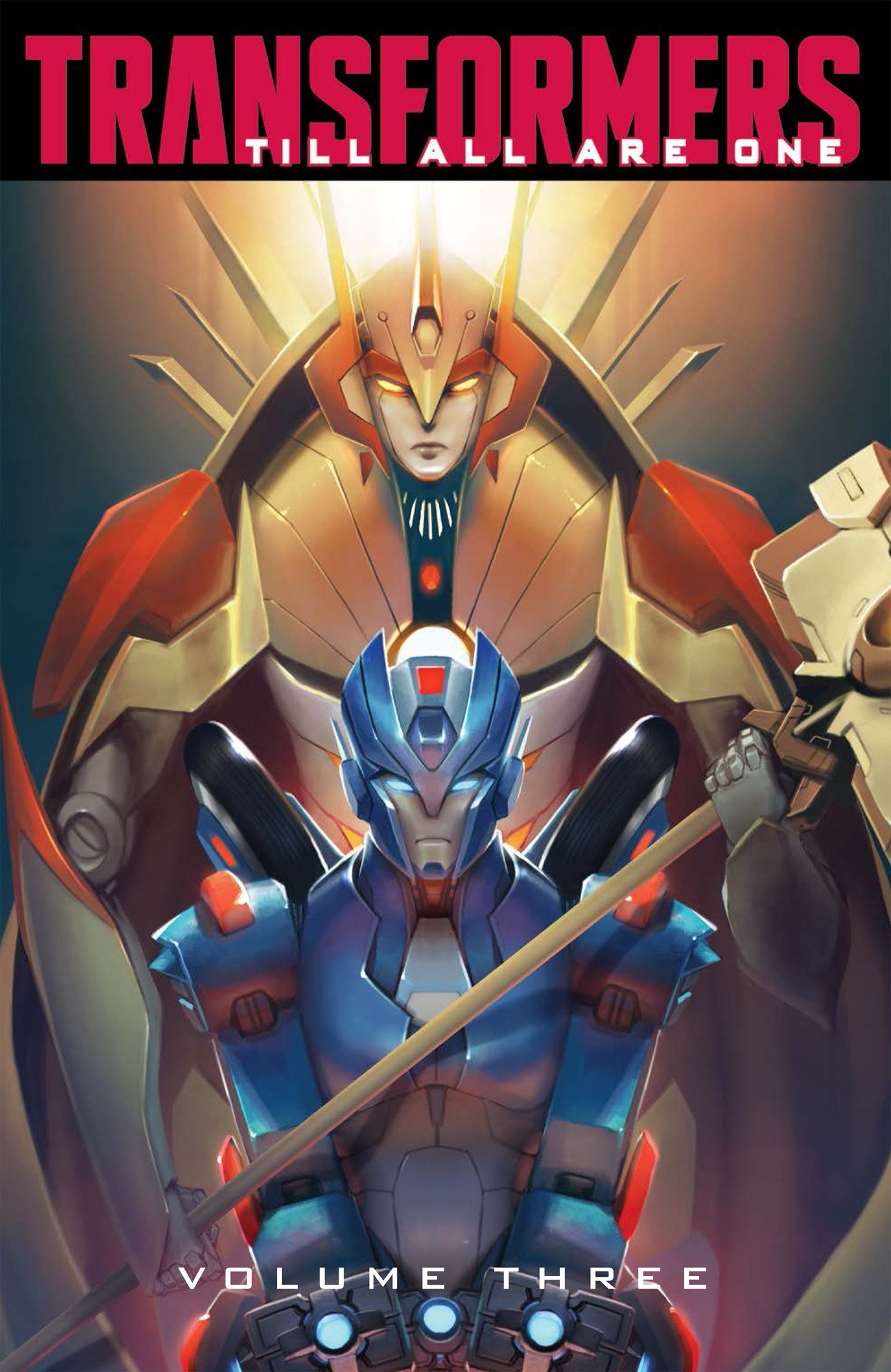 Transformers: Till All Are One, Vol. 3

The fate of Cybertron lies in the hands of Starscream and Windblade as each tries to win allies and support in order to gain control over the Council of Worlds. After the costly victory against the Titans, Iacon is in shambles and Starscream finds himself on shakier ground than ever. The key to his political (and likely literal) survival rests in the outcome of a very unlikely event: the trial of the Council’s first official war criminal—Chromia of Caminus! Collects issues #9–12 and the 2017 Annual.