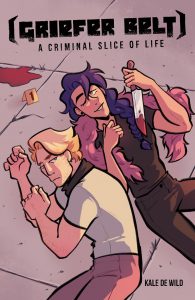 Griefer Belt is a slice of life series about queer criminals in the black market of Montross City.

This series contains frequent depictions of blood and viscera, as well as violence, including assault by an intimate partner.

“This is about bad people. These are criminals and the comic focuses more on their relationships with each other, but it also doesn’t try to justify what they do for a living or to romanticize crime, which is one of my pet peeves. The story is engaging and if you can move past the fact that these are morally grey characters who lean more on the “black” side of the spectrum, then you will definitely like it.” (Source: Silvia Reads Books) 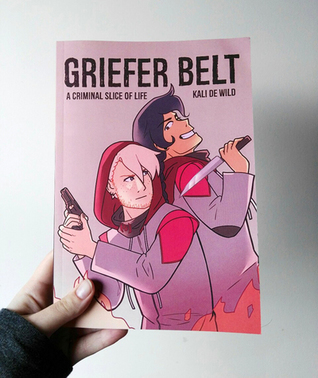 Collects chapters #1-3 of Griefer Belt, a slice-of-life series about an illegal organ-harvesting operation. 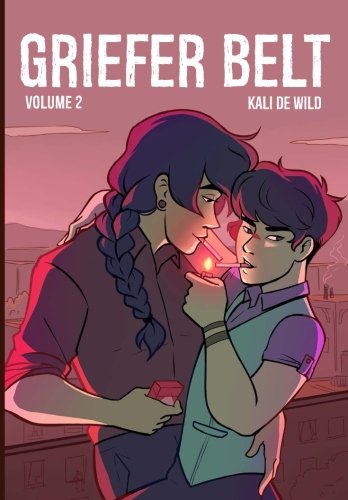 The second collection of the slice-of-life series about queer criminals in the organ-harvesting industry.