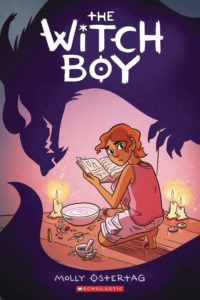 In thirteen-year-old Aster’s family, all the girls are raised to be witches, while boys grow up to be shapeshifters. Anyone who dares cross those lines is exiled. Unfortunately for Aster, he still hasn’t shifted, and he’s still fascinated by witchery, no matter how forbidden it might be.

When a mysterious danger threatens the other boys, Aster knows he can help — as a witch. It will take the encouragement of a new friend, the non-magical and non-conforming Charlie, to convince Aster to try practicing his skills. And it will require even more courage to save his family, and be truly himself.

Although Aster is not trans in the text, the book is a powerful trans allegory, with shapeshifting and witchery as stand-ins for male or female gender either assigned at birth or felt. Ostertag has described the book as being more broadly about “the feeling of being young and queer, of knowing certain things about yourself and having other things be mysteries” (Rogues Portal).

Starred Review: “Ostertag’s story is straightforward, acting as a parable for gender conformity that’s pitched just right to middle-grade audiences. Her panels are clear, colorful, and friendly, and her worldbuilding flawless, Aster’s magic-working community sitting cheek by jowl with Charlie’s suburb. Characters are all different races: Aster’s mother appears white, his father appears Asian, and Aster has darker skin than his mother but has her red hair.” (Source: Kirkus)

“This is a great book for any young boy to read to see that he doesn’t have to buy in to the toxic parts of masculinity that society offers.” (Source: Autostraddle)

“Aster’s journey of self-discovery, particularly as he learns to take a stand against assumed gender roles, will resonate with many young readers working to assert themselves within their own communities.” (Source: Booklist, vol 114, number 2, p43)

“This middle-grade series is a bright star in a crowded field, with strong characters who work hard to define themselves and protect the people they care for. In this second book, Aster is facing not only the gender dynamic he’s been struggling against since the first outing, but also new dangers in the form of his long-missing great-uncle and a dangerous, unsanctioned spell that’s attached itself to his new friend Charlie. Molly Knox Ostertag has a particular skill with introducing nuanced and difficult questions of morality and forgiveness, and her bright and welcoming art style and her respect for the emotional needs and intelligence of children make her work a perfect fit for fans of Steven Universe and similar cartoons.” (Source: Paste Magazine)

“Ostertag is in full control of plotting, dialogue, and visual techniques to advance the story with her sturdy panel artwork, and her family-centered narrative is warm and wholesome. Only the predictability of Aster’s dilemma—a template from other gender-difference stories dropped into a new setting—disappoints, though his family’s eventual acceptance is still satisfying when it arrives.” (Source: Publishers Weekly)

“In the world of The Witch Boy, all girls are witches and all boys are shapeshifters. Our protagonist struggles with those expectations and trying to be himself in a world that penalizes him for that. The Witch Boy was written as a children’s comic, but still has enough complexity and intrigue for an adult reader. And it’s great for facilitating conversations between parents and their children about gender and gender roles.” (Source: Wired) 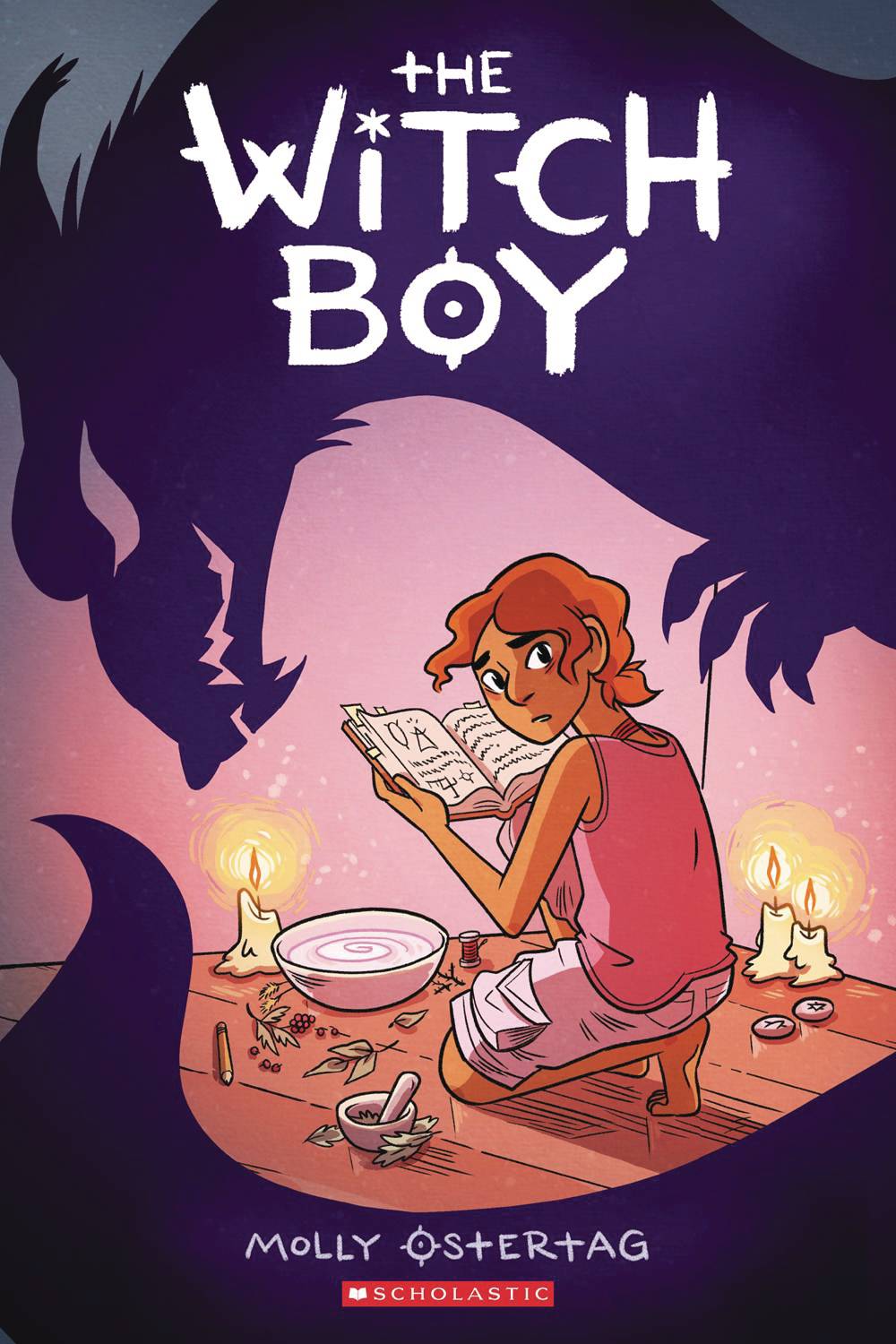